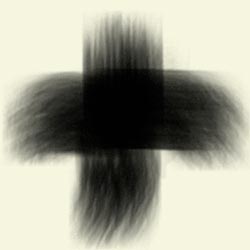 What do you do with Good Friday and the Cross when you’ve abandoned the doctrine of  substitutionary atonement and the divine necessity of Jesus’ death?  Like many progressive Christians, I grew up hearing the mantras “Jesus died for our sins,”  “Jesus died so that we might have eternal life and escape God’s wrath,” “Jesus paid the price for our salvation,” and “sin deserves death and Jesus stood in our place.”  Recently, I saw a billboard with the stable and manger and three crosses in the background, with the description “born to die.”  Without reflecting, many 21st century Christians, who regularly use iPods, ponder photos from the Hubble telescope, go to Sikh and Hindu doctors, and believe that humankind emerged from a multi-billion year process of evolution, assume the following:

Although these “orthodoxies” may have provided assurance for us once upon a time, to many of us they no longer make sense, nor do we believe in a God who requires the death of “his” son to secure our salvation. We also see divine grace operating in other religious traditions and in the experience of faithful agnostics.  Still, many of us attend Good Friday services; some of us even preach at such services, despite our theological and liturgical reservations.  Can we as progressives “redeem” Good Friday in a way that affirms the interplay of divine love, human creativity, and human brokenness, while avoiding dubious theologies that assume salvation requires violence, including the predestined death of God’s only Child?

We do not need to celebrate divine violence on Good Friday or any occasion, but we live in a world characterized by implicit and explicit violence against the Earth, child and adult slavery and sex trafficking, political gridlock, disparity between the wealthy and vulnerable, and political unrest.  We are only too aware, when we open the doors of perception, not only of the beauty of the Earth but of our precarious situation as a result of human decision-making and the machinations of powers and principalities.

I believe that we can creatively remember Good Friday in ritual and retreat by reflecting on the interplay of our personal and institutional shortcomings and God’s companionship.  “Were You There When They Crucified by Lord?” is the quintessential Good Friday hymn.  Of course, none of us were there physically. But, we are all part of an ambiguous history that persecutes prophets and promotes celebrities.  On Good Friday, we can ponder all the little crucifixions going on right now in our world, often unnoticed, but very real – death dealing actions that lead to melting polar icecaps, global climate change and the potential cataclysm that awaits our children and children’s children, complacency at mass starvation and genocide, apathy at sex trafficking and human slavery, our addiction to oil and gun ownership, and the list goes on, even before we explore our own personal ambiguities and culpability in the subtle violence of everyday life.

Even though Jesus’ death was neither foreordained nor necessary to appease God’s wrath, we can recognize that we are no better morally and spiritually than many of those who shouted for Jesus’ crucifixion, stood idly by doing nothing to prevent it, and implicitly sentenced Jesus by their involvement in political and religious institutions.  Are our political leaders – and we as voters – any more moral than Pilate or the Jewish religious leaders?  We also operate out of self-interest and are willing for many to suffer or die for the “American way of life.”

Good Friday also affirms the tragic beauty of God’s relationship with the world.  Dietrich Bonhoeffer, from the vantage point of a prison cell, proclaims that only a suffering God can save and Alfred North Whitehead speaks of God as the fellow sufferer who understands.  Throughout the centuries, Christians have debated the doctrine of patripassianism, the belief that God the Father suffers on the Cross with the Son, Jesus.  While patripassianism, or divine suffering, has been labeled a heresy, based on the belief that the divine nature is incapable of suffering and that Jesus’ suffering touched his humanity but left his divinity unsullied, I believe that the deeper heresy is the belief that God does not suffer with the world.  A changeless, unfeeling, and apathetic God can neither heal nor save.  In contrast to a passionless deity, a meaningful vision of Good Friday proclaims that God suffered – the whole of God suffered – on the cross and in every moment creaturely suffering.

Difficult as it is to admit our complacency and culpability, we can on Good Friday answer “yes” to the question, “Were You There When They Crucified My Lord?”  We can also say “yes” to the grace that feels our pain and regret, the pain of those broken by the world’s greed and complacency, and live in the hope that the one who feels also forgives and transforms, and enables us to rise up with new energies for global healing.

March 20, 2013
The Seven Last Words of Christ: A Progressive Vision
Next Post 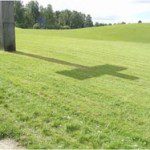 Progressive Christian
Faith in a Time of Pandemic - Good...
Living A Holy Adventure