5 Early Indications I Was Destined for Islam

5 Early Indications I Was Destined for Islam April 16, 2016 Anna Rohleder

Lately a number of people have asked me when I became Muslim, but I’ve found it a difficult question to answer. When did I first say the shehada? When did someone spontaneously address me as ‘sister’ for the first time? When did I first participate in the communal prayer? When did hearing the Quran first bring goosebumps to my skin and tears to my eyes?

Because all of those things happened at different points over a period of years as I was getting to know the deen, they seem more like distance markers on a road rather than a boundary in time dividing before and after. But it’s more than that. When I look back now, it seems that both the things that I wanted in life from a young age, as well as what I was already interested in, made it inevitable that one day I would recognize Islam as my spiritual homeland. Here are the five that stand out in my mind:

Although I was taught the basic forms of politeness, even as a child I was aware that having manners was about something more holistic than saying please and thank you or using silverware correctly. It represented a combination of restraint and being self-contained. People with manners related to the world differently: they were not rushed or sloppy. They did not blurt out their feelings or opinions. And while they were considerate of other people, they did not belittle themselves either. At once dignified and humble, the well-mannered were always in tune with themselves and their surroundings. They had poise.

While I seldom saw this form of manners modeled among people in the place I grew up, I was able to find it in literature. Maybe it was in one of the Rudyard Kipling’s books, or a similar chronicler of the East, that I first encountered titles like Effendi and Huzoor and felt the rightness of addressing other people in that way. More than giving someone respect, it was honoring them for their learning or wisdom.

In such tales, I also lingered over scenes where people murmured elaborate greetings to one another, understanding these exchanges did not represent “small talk” but rather the gifts of an ennobled sense of friendship, the arabesques of the heart. But as much as I loved to immerse myself in this imagined vision of the Orient, it also gave me inexplicable pangs of nostalgia. It felt like a world I had known and somehow lost.

When I lived in India as an adult, I learned there were places like Lucknow where the courtly culture of the Mughals still flourished, and people continued to greet each other by touching their hands to their hearts and quoting couplets of poetry. I was also intrigued to discover that this form of manners had a name – adab – and that it was particular to Islam.

As an introvert, I was probably well-served by growing up in a home where there were only four people, three of whom were likely to be engrossed in a book at any given moment. The big families I knew were loud and sometimes chaotic. Yet part of me longed to be part of a tribe or a clan that included a lot of different people who were all, if not directly related, then still bonded by a larger affiliation that was not something negotiable or transactional.

Today I can say that one of the qualities I love most about Islam is its exuberant diversity. Outwardly, our Muslim brothers and sisters may look very different to one another in terms of physical appearance or cultural adornments. We also have a broad spectrum of opinions and values that can register as noisy and sometimes even jangling. Yet for me, despite our differences and disagreements, there is a palpable sense of a common ground that everyone is rooted in. I like to think of the ummah as being like a meadow full of wildflowers: a riot of shapes and colors, yet the soil is the same. And that soil for me is the Qur’an and the character of our beloved Prophet, peace and blessings be upon him.

I was never a girlie-girl. I preferred stuffed animals to dolls, didn’t have much interest in my hair and could not abide the color pink. But by early adolescence I had developed a passion for perfume that continues to this day. In a department store or duty-free, I’ll sail past the superficial attractions of makeup and jewelry, making straight for the magical mysteries of the fragrance section. Perfumes to me are like so many bottled genies, just waiting for the right rub to appear. They are stained-glass windows, alchemical elixirs: portals to a subtler level of experience.

A fragrance cannot be seen or heard, but it has a powerful effect on the heart. It is a kind of presence without form, interpenetrating everything around it but not taking up space. In that way, it can be a wonderful reminder of that invisible Presence which is everywhere and nowhere at once, and yet surrounds and ennobles us with its beauty.

Since embarking on the Sufi path, I have come to appreciate fragrance as a metaphor for the spiritual qualities one develops through submission and devotion. The scent of Yusuf, for example, in my mind represents the beauty of a soul suffused with trust in his Sustainer, no matter what trials he was faced with. Similarly, although many said it was a fragrance sweeter than musk, the scent of our dear Prophet (peace and blessings be upon him), was not just a matter of the scent of his body. It was also a symbol of the baraka which continually flowed from his being and lingered with everyone he touched.

Strange as it may sound coming from a writer, I haven’t always been able to own my love of poetry. For a long time, I predicated both my reading habits and writing output mainly on the basis of information. It seemed to me there were so many things to learn and communicate that one ought to be as direct and succinct as possible with words. More recently, however, I’ve come to appreciate language as more than a kind of data processing equipment — more even than a means of artistic expression.

Words may not be able to explain the paradoxes and puzzles of the human condition, and yet they may provide new perspectives. Poetry shakes us out of conditioned modes of thinking through image and metaphor, juxtapositions of unlike things. Rumi is a master of this. Even one of his briefest couplets can be more illuminating than an entire book about ethics and personal responsibility:

The world is the mountain,
and each action, the shout that echoes back.

But I have found Rumi’s poetry even more valuable for apprehending spiritual truths. It’s not only the arresting images that work on the mind, but the beauty of his language and thought that moves the heart, which itself is an indication of Truth. For example:

See how the Hand is hidden, while the pen is writing;
The horse careering, while the Rider is invisible.
See the arrow flying, and the Bow not in sight;
The individual souls manifest, and the Soul of souls hidden.

The Qur’an works on me in a similar way. Although I don’t know Arabic, hearing the music of the revelation never fails to send tingles all over my body and often moves me to tears. Even when I read the Qur’an as a text in translation, I find so much beauty that expands my thinking and comforts my heart:

To God belong the East and the West.
Wherever you turn, there is the face of God.

From an early age, I wanted to meet foreign people and visit other countries. But what was I to do as the child of a non-traveling family? Since this was in the 1980s, the answer for me was pen pals. I think I had several in Europe at different times, but it was the one in England who invited me to visit. It still amazes me to think that I boarded my first transatlantic flight at the age of 12 by myself, my parents somehow having been convinced to get me a passport, buy a ticket and send me to off to a family they had never met.

On arriving in the UK I was surprised to discover the English of English people difficult to understand and the food for all purposes inedible, yet even having to subsist on tea and biscuits for two weeks did not diminish the trip for me in the slightest. It was a grand adventure. From that point on, I was hooked. But not just because travel was stimulating – it was educational. I learned so much on every trip! Throughout the rest of my school years, I went on a variety of exchange programs. Skipping the normal year abroad in college, I made my first overseas move right after graduation. (I have been hopping back and forth across ponds, oceans and continents ever since.)

On a map, my peregrinations around the world may appear haphazard. But I feel that all of the experiences that I have had, all the encounters with other cultures and people, have been in pursuit of a greater understanding. So it resonated very much when I learned of the Hadith that says, “Seek knowledge even as far as China.” Of course, the Qur’an also enjoins us to travel the world and learn from the fate of civilizations that failed to heed their own prophets’ messages.

While the secular wisdom these days claims the journey is the destination, what I feel I’ve learned from Islam is that only the destination gives a journey real meaning. Otherwise it’s just movement without direction. From Allah we come and to Allah we return. When I remember that we are all strangers in this world, I know I am a traveler in a larger sense, and that I am finally on my way home, inshallah. 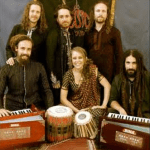 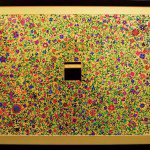 April 21, 2016 Seeking the Kaaba Within
Recent Comments
0 | Leave a Comment
Browse Our Archives
get the latest from
The Living Tradition
Sign up for our newsletter
POPULAR AT PATHEOS Muslim
1

Muslim
Prayers Are Answered in the Still of the...
The Living Tradition
TRENDING AT PATHEOS Muslim