My journey to Islam started with Leonard Cohen. In his album, Recent Songs, Cohen writes of being influenced by Attar and Rumi[i]. The lyrics were so beautiful and evocative, I had to find out whom these intriguing names belonged to.

Your faith was strong but you needed proof.
You saw her bathing on the roof;
her beauty and the moonlight overthrew you.
She tied you to a kitchen chair,
she broke your throne, and she cut your hair,
and from your lips she drew the Hallelujah.[ii]

Here we have a flesh and blood woman from the Bible, Bathsheba, who transforms into something more numinous. It is often this way with the women in Cohen’s songs. But aren’t we all greater than ourselves, giving each other glimpses of a Truly Existent One?  Rumi says of womankind:

She is not that kind of beloved most imagine;
she is a ray of God.
She is not just a created,
she is creative.[iii]

The Prophet Muhammad (peace and blessings upon him) said, “Three things have been made beloved to me in this world: women, fragrance, and prayer, which is the delight of my eyes”. He also said, “Marriage is half the faith”[iv], and it has even been suggested that Muhammad’s journey through the seven heavens (the Miraj), occurred whilst making love to his beloved wife, Khadijah.

These are perspectives from heterosexual men, but we might infer that men can also be a locus of divine manifestation. All three of these men recognised women as spiritual seekers: the subject could be woman; man the object.

Cohen once said of marriage:

I think marriage is the hottest furnace of the spirit today. Much more difficult than solitude, much more challenging for people who want to work on themselves. It’s a situation in which there are no alibis, excruciating most of the time…  but it’s only in this situation that any kind of work can be done.[vi]

Cohen’s spirituality requires we get down into physicality, that we “search the darkness” as Rumi puts it. Like Cohen, the Sufis never present us with an abstracted love divorced from material existence, as these intriguing lines from Yunus Emre attest:

Torah, Psalms, Gospel, Quran –
what these books have to say,
we found in the body.[vii]

We are offered a vision of a love which unites heaven and earth, and all opposites; a vision which has its roots in the Quran:

In the Mathnawi, Rumi describes an argument between a Bedouin and his wife. At one moment, we side with the husband, in the next our sympathies shift to the wife, as if we are watching Divine Grace migrate from one to the other, so that neither can claim to be “self-sufficient”. The argument ends with a third power, the Divine, entering their relationship and balancing them from above.

My wife and I have been allowed to mature through some pretty excruciating arguments, when we have been compelled to “search the darkness” and confront the paltriness of our own selves and perspectives; when we have glimpsed our insufficiency.  Looking back, these moments seem like stations along our shared spiritual path, points where Divine Mercy could break through the granite of our hearts and tears could flow. Nothing shows us to ourselves like being in relationship.  Potentially, couples are making love in these moments as much as when they physically embrace.

Cohen often explores the tragic consequences that result when we upset the balance between the Divine Feminine and Masculine, whether in our romantic relationships, within the crucible of our own selves, or in our interactions with the world at large. He once said of his haunting song “The Gypsy’s Wife”:

And there is no man or woman you can touch,
but you who come between them will be judged.

In other words, even though we are in the midst of some kind of psychic catastrophe, it’s not an invitation to take advantage of it.[ix]

Yet paradoxically, Cohen often witnesses grace flowing into our lives despite our insufficiencies in love, and even because of them. It was David’s desire for Bathsheba that led to his greatest sin: arranging for her husband, Uriah, to be killed by the enemy on the frontline of battle, so he could possess her. But David’s coming between this husband and wife ultimately leads to a flood of remorse, the influx of Mercy, and finally “Hallelujah!” And his union with Bathsheba also led to the birth of Solomon, the prophet of wisdom. The light came borne on the darkness.

As for being tied to a kitchen chair for a haircut, it suggests both the Overpowering (the Jalal) and the Nurturing (the Jamal). The kitchen is the place where we are fed and sustained, and the image evokes being groomed by the Divine Feminine. If our power is being removed like Samson’s when his hair was cut, it is because it is overweening. It is God who belongs on the throne, not the human ego (nor a patriarchy that suppresses the feminine).

Perhaps this explains the popularity of the song: we live in a society that encourages us to place our egos firmly on the throne. Yet the deepest wish of all our hearts is to see the ego dethroned (the aim of the Sufi path). Relationships of all kinds make a crucible in which this can potentially happen, but perhaps the marital relationship adds a white heat like no other.

Part 2 of this article, “Guests of Love: Leonard Cohen and the Sufis”, can be read here.

[i] “I owe my thanks to…Robert Hershorn, who, many years ago, put into my hands the books of the old Persian poets Attar and Rumi, whose imagery influenced several songs, especially The Guests and The Window…” From the liner notes of the album Recent Songs.
[ii] “Hallelujah” from the album Various Positions
[iii]  Mathnawi I, 2444–2448, trans. Kabir Helminski and Ahmad Rezwani
[iv] Both sayings are Hadith
[v] The Bezels of Wisdom, trans. R.W.J. Austin
[vi] Interview with Paul Williams, 1975
[vii] The Drop that Became the Sea, trans. Kabir Helminski and Refik Algan
[viii] Quran, Surah al-Layl, 92: 1–10, rendered by Camille Helminski
[ix] The Song of Leonard Cohen, documentary film of his 1979 tour 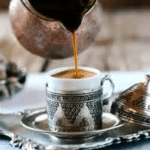 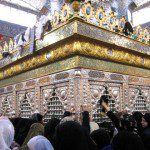 May 30, 2016 Of Saints and Matchmakers
Recent Comments
0 | Leave a Comment
"I Think this is an informative and interesting blog so I think it is very ..."
Uniswap x How Awake Are We? When Waking ..."
"you weren't on this train i hope: https://www.bbc.com/news/wo..."
mike malzahn Entering the Garden
"what could a mere mortal possibly do to hurt the feelies of an all powerful ..."
crackerMF The Hajj and Forgiveness
"These are chemically induced delusions, and the real world is still there when the effects ..."
David Cromie What if Allah is Beautiful and ..."
Browse Our Archives
Related posts from The Living Tradition