Embracing Presence in the Chapel

The theme for our service this morning is “Embracing Presence”. Two questions arise from this: What is presence and why should we embrace it?

If you had told me two years ago that I would be saying these words to a congregation in a Unitarian chapel, I would have been very surprised.  However, my wife and I feel very comfortable among the Unitarians and often attend their Sunday services.  They are currently without a minister and have therefore been asking members of the congregation to lead services. When we were approached to lead one, we felt honoured and accepted.

Traditionally, Unitarians could be defined as Christians who do not believe in the Trinity. Like Muslims, they see Jesus as a man who directed humankind to the One God. But this shared belief forms only a fraction of the reason why we feel so comfortable among them. We also feel comfortable attending the local Quaker gathering, and Quakers do generally believe in the Trinity.  Rather, in addition to their warmth and inclusiveness, it is the Unitarian’s and Quaker’s emphasis on direct spiritual experience that resonates with us, an emphasis that reminds us very much of our own approach to Islam.

In recent times, Unitarians in the West have become increasingly universalist in their approach, moving away from the espousal of any doctrine whatsoever and simply welcoming people of all faiths (and none) through their doors into a space dedicated to exploring the inner, spiritual life. So in the Unitarian chapel we find ourselves standing beside people who might describe themselves as Christian, Sikh, pagan, agnostic, even atheist, as well as those who do not like to label themselves in any way whatsoever. They are all there because they are sincere seekers, and it reminds us of those who come to our own Sufi circle, people from various cultures and religions in search of authentic spirituality.

It is customary to begin Unitarian services at the chapel with the lighting of the chalice flame, and on the morning of our service, as the flame was lit, we read an English translation of the Light Prayer of Muhammad. Light was streaming through the windows of the elegant chapel that August morning, and it felt as if the blue sky was part of the congregation. We had chosen the theme of presence because it can be readily understood and appreciated from any religious perspective, and also potentially have a thoroughly practical application. We began:

The Sufis have developed a profound understanding of presence, but they are by no means the only spiritual tradition acquainted with it. Many of you will be familiar with the concept of mindfulness associated with Buddhism. This comes close to the concept of presence, because like mindfulness, presence is about developing our awareness and an alertness to ourselves and our surroundings. However, whereas the term mindfulness might tend to locate us very much in the thinking mind, presence directs us to something deeper and more expansive. Heartfulness would be a closer term, for in the Sufi tradition the heart encompasses and holds the rational mind, just as love embraces and transcends reason. But presence goes even further than heartfulness, because that still tends to locate us within our small individual selves, whereas presence diffuses beyond this into the Divine Presence Itself.

These were not my exact words, because we had decided we would speak without a script so that we ourselves might be more fully present and perhaps better respond to the promptings of our hearts. Rather than being merely an exercise in talking about presence, we wanted it to be an opportunity for us, and the entire congregation, to have a taste of presence.

We explored practical steps to achieving it: the first being to act more consciously, aware of our intention and the effect of our actions. Before we sang “O Lord and Father of Mankind”, the beautiful hymn whose lyrics were penned by the Quaker poet John Greenleaf Whittier, we suggested that we might ask ourselves: Who are we singing to, and what do the words we are singing actually mean?  The lyrics to this hymn ask God to “reclothe us in our rightful mind”. Being reclothed in our rightful mind could act as a definition of presence, because “rightful mind” suggests a purer awareness that steers us away from mechanical, unconscious action.

The lyrics also ask us to listen to “the silence of eternity interpreted by love”, and this led us to another step towards achieving presence: creating quiet spaces, both in the world around us and within our own selves where we might engage with that silence. Here we brought in readings from Rumi and Emerson (who was a Unitarian minister for a while), and played a recording of a beautiful song called “Listen” by contemporary Sufi ensemble The Dost Quartet. To lighten the tone a little, we also read from The House at Pooh Corner, highlighting what a master of quiet receptivity Winnie the Pooh is. We wanted to highlight how presence can help us become more appreciative of a beautiful outer world, whilst at the same time allowing us to see through the projections of our own egos, as well as all the media of modern life that seek to influence us. Some inspirational poetry from a contemporary Sufi, Shaikha Camille Helminski, gave us a taste of what that witnessing might feel like.

Finally, offering what might be the simplest practice for cultivating presence, we concluded in this way:

One of the simplest and most effective tools, known to many spiritual traditions, is to focus on the breath. The mind needs a focus of some kind, and becoming aware of our most basic biological function, breathing, helps us to become more embodied. This is valuable in and of itself, because it automatically expands our consciousness, trapped as we often are in our thoughts or emotions. But it also roots us in the present moment, in something that is actually happening right now, something real. Finally, it also connects us to the Divine Breath Itself, for as we sit or stand here we are being breathed into existence by the One. Rumi suggests there is a certain urgency behind embracing an awareness of the Divine breath. He tells us:

The Prophet said, “In these days
the breathings of God prevail:
Keep ear and mind attentive
to these spiritual influences;
catch these breathings.”
The Divine breathing came,
beheld you, and departed:
it gave life to whom it would, and left.
Another breathing has arrived.
Pay attention, friend,
don’t miss this one, too.

When they focus on the breath, Sufis sometimes exhale the Arabic word Hu. This word literally means “he” in Arabic, but when applied to God it is understood to transcend gender and simply mean That Which Is: the mysterious Divine Presence that is beyond words.

We then led a guided meditation which finished with the whole congregation intoning Hu eleven times in extended exhalations. It was beautiful to hear the sound reverberating up to the rafters. The chapel seemed charged with presence, and all of us seemed like dust motes floating in the light. Afterwards, when the service was over, we were approached by a number of people who said they had experienced something moving and profound, just as we ourselves had.

It confirmed for us that we can benefit from joining other faiths in worship even whilst being whole-heartedly devoted to our own path. We live in a world of diverse beauty, and actively appreciating the different paths to God is a form of worship in itself. Given the pluralistic societies we live in today, perhaps there is even an urgent call for this kind of inter-spiritual encounter. We need not fear that we might accidentally affirm the Trinity as we sing a Unitarian hymn, nor will sitting in nourishing silence for an hour with the Quakers turn a Muslim into a heretic. If our aim is deep and our intention to connect rather than convert, many doors may be opened to us. We thank the Unitarians and Quakers for being so ready to open theirs.

Rumi’s Circle and Kendal Quaker Meeting House are hosting an interfaith/interspiritual gathering on the Sacred Feminine this weekend, and the Kendal Parish Church Hall will be lit up with sacred music and whirling dervishes on Saturday night: more details here unveilingthedivine.com 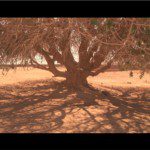 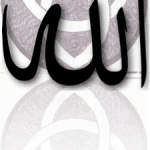 October 21, 2016 Feminine Symbols in Islam
Recent Comments
0 | Leave a Comment
"Thank you Ajoy, the power of imagination is indeed underestimated. Kabir Dede always reminds us ..."
Saimma Dyer Stepping Up To Spiritual Activism
"Just came across a quote by James Baldwin which I think is relevant: "The interior ..."
Ajoy Datta Stepping Up To Spiritual Activism
"I really enjoyed reading that. Thank you."
iljasb Finding Forgiveness with al-Ghafur
"Deeply touching, inspiring, compelling, moving and forgiving~ such threads of Grace. Deepest gratitude.,"
Elizabeth Anne Hin Finding Forgiveness with al-Ghafur
Browse Our Archives
Follow Us!

Finding My Voice
Emansplaining
Related posts from The Living Tradition 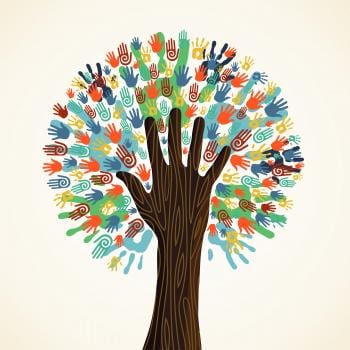