Prophet Muhammad (pbuh) and the Women in His Life

For the last year I have been writing you these letters like a distant admirer. But I don’t want to stay at a remove any longer. I want to be as close to you as I possibly can.

And more than that: I want to know how you and I can be together, forever. Beyond the limits of space and time, and any other ideas of what might be possible.

I know you would probably tell me to start by deepening my practice. To learn more verses of the Qur’an by heart. To be in a state of ablution inwardly and outwardly, even amidst the messiness of daily life. And to strive to be present, grateful with each breath, always remembering the Divine.

But I think there is another part for me too, which is about letting go of the things that create separation in my own mind and heart. My mistakes. My fears. The burdens of the past that weigh down the present.

At the airport in Berlin just a few days ago, a sign caught my eye as I passed the counter at Turkish Airlines: bagaj teslim. In that moment, those ordinary words resonated as a spiritual directive. I read the sign as surrender baggage. In other words, drop the heavy stuff here if you want to fly.

I’ve been single long enough now that most of my past relationships have lost their substance, taking on the haziness of half-remembered films. There was the boyfriend who took me on a series of boat trips, for example, starting with a rowboat in Central Park. Other scenes I like to replay from New York: cuddling in the hollow of a taxi’s back seat, or floating along in a bubble of two even among the rushing crowds of Midtown.

But then there are the less happy moments that still rattle like rocks in my pocket. The almost-fiancé with whom I had planned a white dress-and-country club wedding, but who drank and raged and choked me in private. He smashed all the light fixtures, glasses and anything else that could be broken when he finally moved out of my apartment.

Alhamdulillah, I didn’t marry him in the end. But marriage, for me, remains a difficult subject.  It was a claustrophobic experience even with D, who was as much of a conscientious objector as I was. Meaning that neither of us had an interest in the packaged American version of happily-ever-after. We got married at the Jersey City courthouse purely so he could stay in the States with me. We had a dog instead of children and next to no furniture in our house. I thought we’d each have room to breathe that way, but somehow I still felt closed in. “To have and to hold,” say the standard wedding vows: yet what is that but the description of a box?

Maybe the problem is putting that kind of intimacy into words to begin with. Over the past few months, my attention keeps being brought to the unknowability of the Beloved. That is to say, every time I think I can put a mental concept around the Divine, Hu slips away. It feels like the gentlest of admonishments, but still, the sense of a waving finger is there: Are you so sure about Me? Think again…

In my deepest experiences of zikr, for example, insects or worms often appear before my imaginal eye. They are the ‘lowliest’ of God’s creatures, and yet it is through them that I sense the deep joy in aliveness which for me is the Divine signature.

This reversal of the conventional wisdom is a lesson that I am now trying to learn with you too. It seems I have to keep emptying myself of belief if I want to really know.

So let’s start with one of the most basic mental categories – a point where I confess I am still stuck: you as a man and me as a woman.

I’ve noticed that the subject of your relationship with women (including your marriages) makes people in the West uncomfortable. Why so many wives after Khadijah? they ask. And why marry Aisha when she was still a child? No one seems to have good answers to these questions. One assumption seems to be that you made the most of your position as a leader to gratify your own desires, as most men probably would. Or that you were acting strategically, wedding certain women in order to forge tribal alliances. The alternate view is that you were just being charitable, sweeping up widows and orphans who had no protector otherwise.

But do you know what I think, as I have begun to feel more deeply into your life and your being?

I think that all those theories are wrong. They’re wrong because they don’t get at the most essential thing about your relationship with women as a principle.

I believe you loved women for themselves. Not as objects of lust, not as domestic servants, and not as stand-ins for the mother you lost so young. You loved women for the complexity of their natures. Softness combined with strength. Sensitivity supporting action. Practicality meeting wild ideas. Those were all qualities of your deepest, most private self, and you could only share them fully in your intimate relationships with women. Why did you continue to take new wives as your fame and authority grew? Not to consolidate ties of power and kinship in the outer world: no, it was just the opposite. I believe you married to stake claim to yourself as a private person, to remain allied to the source of your most profound interior experience. It was almost as though, like a dowry, each wife could hold onto different parts of Muhammad the man and Muhammad the Prophet and Messenger.

I feel that for you, the marriage contract was a commitment to the universal experiences of human life in one man’s body. At the same time, it seems to me that you pledged yourself to knowing and being known by different women as a reflection of the way that the Divine makes Itself known to us through the apparent multiplicity of creation.

The way I read the first verse of Surah an-Nisa, for instance, is that all of humankind was created from a single soul that has a mate. Then from that pairing come individual men and women. Not broken into pieces like shards of glass, but scattered like light refracting through a prism. Even in that dispersal it seems we are reminded of the destination we are journeying toward: from Allah we come, and to Allah we return.

One of the most humbling gifts of the last year has been the realization that I am not only “allowed to” fall in love with you myself, but that it is a new level of knowing and being known, a Divine recognition. This blossoming in my heart is not the same as admiring your beautiful qualities of modesty, kindness and absolute integrity. And it’s not even so much about emulating your example in a hundred different ways in daily life, as I had previously understood sunnah from the brothers I have known: sleeping on one’s right side, for example, or saying bismillah before taking a first bite of food or sip of water.

Falling in love with you means that I want to become a woman you would see as a soul mate. What are the qualities you would love about me? I think you would appreciate my independence but would encourage me to develop greater trust. You’d enjoy having conversations with me, but even more sharing silence. Most of all, I hope I would win you with my heart, which feels like it is becoming lighter and brighter the more that I pray, the more that I do zikr – whether during worship in our circle, while riding my bicycle around Louisville or climbing up escalators in the Tube in London, singing “la illaha ilallah” to everyone and everything around… and the closer I get to the friends of God.

But still. The dearest, deepest, greatest wish of my heart is to be united in soul with you, while still embodied in this life.

My dear, my darling: I am not worthy to make this proposal, but I know that the purity and radiance of your love can transform my own.

And so, darling M, will you have me? Can you wed yourself to my commitment to becoming a complete human being, even though for now I’m still more stone than ruby, a dusty work in progress?

Taking your hands in my own, and covering your fingers in kisses,

This is the last letter in my series of 11 Love Letters to the Prophet (peace and blessings be forever upon him). 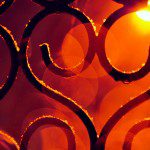 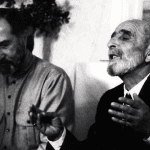 March 9, 2017 The Most Important Thing I Learned From Our Murshid
Recent Comments
0 | Leave a Comment
Browse Our Archives
Related posts from The Living Tradition