The Work of Heart

In a magazine I was reading, I was startled by the image of a heart filled with crude oil (it turned out to be an advertisement for the oil and gas industry). Then I saw a news story about the heart of a blue whale being exhibited at a museum in Canada. It is the first of its kind to be displayed this way thanks to a recently refined form of preservation called plastination.

It seems to me that the states of those two hearts can’t be a coincidence.

In my mind they are messages about what can happen to a human heart left unattended in our world today: the one polluted with oil, the other turned into plastic.

Our consumer culture is a toxic environment, not only in the literal sense of generating trash and poisonous industrial byproducts, but also in subtler ways. It promotes greed, selfishness and a certain kind of mean-spirited immaturity. As a kid growing up in the 1980s, I remember a popular bumper sticker that read, “He who dies with the most toys wins.” It made an impression on me at the time because I couldn’t figure out if it really meant what it seemed to suggest. I knew that adults weren’t supposed to play with toys. But I also thought they weren’t supposed to have such childish attitudes.

Now as an adult myself, I know better. The person who would put such a slogan on their car is an unconscious human being. Unconscious because they are channeling the voice of the collective ego, which claims that greed is good. The 1980s in America were notorious for promoting that message in popular culture. Yet even Gordon Gekko and the sleaziest of his Wall Street brethren of that era look almost quaint compared to the ego monsters of our own time. From oligarchs plundering the natural resources of countries around the world (including our own) to adults having temper tantrums over minor inconveniences like stalled traffic or waiting in line, we’ve come to a worrisome place in our culture. Rather than attempting to correct the me-first mentality, we promote it in advertising and use our most sophisticated technology to provide it more kinds of instant gratification.

This has real consequences for the heart. Just as a steady diet of junk food fills up the arteries with plaque, indulging the ego’s desires also makes the heart brittle and diseased.

The philosopher and Sufi mystic al Ghazali quotes Jesus (peace be upon him) as telling his followers:

“And truly I say to you, that even as a beast, if he is not ridden and exercised, becomes intractable, even so, if the heart is not softened by the thought of death and the fatigue of devotion, becomes hard and rough. And truly I say to you, just as a water skin, so long as it is not torn or dry, is fit to hold honey, even so the heart, if it is not torn by passion, nor dirtied by desire, nor hardened by comfort, shall become a vessel for wisdom.”

We are blessed in the Sufi tradition to have a repertoire of practices to purify and soften the heart. Remembering the names of God through zikr, for example, is probably the most direct way of preparing the heart to become a vessel for wisdom: especially by invoking the two primary divine attributes of compassion and mercy.

Restraining the ego’s appetites also has a powerful effect. During Ramadan, I always notice that how much more freely I am able to give of myself and my own resources, experiencing the flow of generosity as a spontaneous delight of its own. I also find my heart is much more sensitive to the needs as well as the pain of others.

Even when it hurts, I think we have a duty to keep our heart open. More and more, I feel that the work that each of us on the path does to polish our own hearts also has a larger significance. I feel that we are filtering and helping to clear some of the toxins that accumulate in our culture and the world at large.

And at the same time, we are told that working on the heart and with the heart is a complete practice in itself for the individual human being. In the teachings of the Khawajagan lineage of northern Sufism compiled by Hasan Shushud, entitled The Masters of Wisdom of Central Asia, we read:

Someone once asked Sa’d al-Din Kashgari: ‘Teach me something to which I can devote the rest of my life.’ Mevlana Sa’d al-Din put his hand over his heart, saying: ‘Attend to this; this is what the work is all about.’ 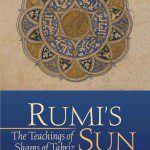 July 4, 2017
Ramadan with Shams: The Ambush of Love
Next Post 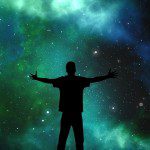