If the Quran Were a Film

The opening scenes of the film show men made of mud, their backs bowed under the weight of sacks. In his narration of these pictures taken of a gold mine in Brazil, the photographer says, “When I came upon this place, every hair on my body stood on end. It was as though I was seeing the entire history of mankind, from the building of the pyramids to the tower of Babel. There wasn’t the sound of a single machine there, only the hubbub of 50,000 people working – yet I could hear the whisper of the gold in their souls.”

Watching the film, I first heard the echo of the Qur’an in my mind when Salgado began talking about the men becoming prisoners of their dream of finding gold. In that moment, I remembered the admonitions in Islam about “those who ascribe divinity to powers other than God” are not just about the usual idols or projections of the ego but also, the addictions and compulsions that take over our free will.

At another point in his narration, Salgado observes that the miners’ lives become an endless loop of running up and down slippery ladders into and out of the mine, digging holes in a muddy pit. What is that if not a description of hell?

There are many images of hell in the film. I first wrote “many kinds of hell” but on second thought I realize they are not different: it is all the same barren wasteland filled with throngs of miserable people. Whether they speak different languages or live in jungles or deserts, it is all the same experience expressed so eloquently in Salgado’s photographs: the bodies in Rwanda (not of genocide victims but of refugees killed by disease) being buried by bulldozer. Or the man who trekked from Ethiopia to Sudan in hopes of escaping the famine, only to find worse conditions on the other side, his dead child in his arms and his camel dying behind him.

Although I first saw the film on a plane, that was the moment when the tears that had been welling up in my eyes spilled over. The question that arises for me in these situations is not ‘how can God let this happen?’ but rather ‘why do we do this?’ Why do we come into this beautiful world, lay it to waste and brutalize ourselves and the creatures we find in it? For me the parable of being expelled from the Garden of Eden has never been explained the right way. To me it seems that it’s not eating of the tree of knowledge but rather partaking in the illusion of duality, that “I” am a sort of separate and hermetically sealed unit drifting at a vast remove from everyone and everything else around me. I once read an exchange between a guru and his student involving this very question: how can a merciful God let children starve? asked the follower. I think I would have asked the student why he didn’t do something in his own way to feed them.

In one way “The Salt of the Earth” seems like a documentary of kufr to me: showing how denial of the spiritual nature of reality leads to the fire, albeit not in the hereafter, but right here and now.

At the same time, however, it is also a documentary of Allah’s mercy and forgiveness. The infinite redemptive and regenerative capacity of the Divine becomes clear in the arc of Salgado’s own life. Growing up as the youngest in a family of eight on a farm in southeastern Brazil, the landscape was still a paradise when he was a child. The farm was surrounded by forests of singing birds and waterfalls, where he and his sisters would take picnics. Then over the years, his father cut down the forests to sell for timber. This was a short-term source of income that made the family more affluent but devastated the land and even the elder Salgado himself. Interviewed near the end of his life, he despairs over the environmental destruction that has become impossible to ignore: “When it rains there is nothing to stop the water. There has been so much erosion, and I have no idea what to do about it.”

When the father dies, Salgado the son returns to the farm – and to Brazil, after living abroad for more than 20 years. He is so sick at heart after witnessing the Rwandan genocide and much that unfolded after it that life seems to have lost its meaning. He’s not sure if he even still wants to take pictures, much less deal with a farm that seems to be in its death throes. But then his wife makes an innocent suggestion: why don’t we replant the forests?

And so they do: it takes time, and there are setbacks, but gradually the land heals, and with it so does Salgado’s heart. Here too, the voice of the Qur’an speaks:

And we send down from the sky rain charged with blessing
And with it cause gardens to grow, and fields of grain,
And tall palm-trees with their thickly-clustered dates,
As sustenance for human beings;
And by all this We bring dead land to life;
Even so will be the Resurrection.*

The resurrection of one earthly garden leads Salgado to another: Genesis, his project to collect images of the earth and its creatures untouched by the violence of modern civilization.

Thus the film takes us in a complete circle – we find the hero in the same place where he started, but so changed that he occupies a different place within himself and also in the world. Salgado is no longer strictly a photographer of social issues but a chronicler of the human universe, which after all is not separate from, but rather a microcosm of the whole.

*from Surah Qaf, as rendered by Camille Helminski in The Light of Dawn 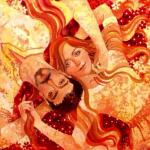 December 8, 2017
Awakening the Sacred Feminine In All of Us
Next Post 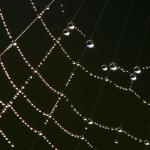 February 2, 2018 Patience: The Key to Joy
Recent Comments
0 | Leave a Comment
"I Think this is an informative and interesting blog so I think it is very ..."
Uniswap x How Awake Are We? When Waking ..."
"you weren't on this train i hope: https://www.bbc.com/news/wo..."
mike malzahn Entering the Garden
"what could a mere mortal possibly do to hurt the feelies of an all powerful ..."
crackerMF The Hajj and Forgiveness
"These are chemically induced delusions, and the real world is still there when the effects ..."
David Cromie What if Allah is Beautiful and ..."
Browse Our Archives
Related posts from The Living Tradition

Muslim
The Blessings of 2020 and Riding the Waves...
The Living Tradition
TRENDING AT PATHEOS Muslim