Awakening the Sacred Feminine In All of Us

Huddled at the back, left-hand corner of a large hall, me and a handful of other women would gather to take part in the Islamic Friday prayer at our university in British Columbia the early 2000s. Meanwhile at the front of the room, where light streamed in from the windows, dozens of young men stood side-by-side in rows.

We recited the same prayer, but the gap in our experience was far wider than the swath of carpet separating the masculine and feminine in most Islamic religious spaces. As soon as we would say our final salams, I would dash for the door as quickly as I’d arrived.

Attending congregational prayers — where women are typically relegated to back corner, behind a partition or in a windowless room of a mosque — has always been an awkward and disheartening experience for me. The rigid segregation of religious spaces made me hyper aware of the limitations of my feminine identity, which I realized only years later were imposed on me rather than intrinsic to the tradition. That gnawing sense of discomfort made me ashamed of my girlhood, and eventually my womanhood in ways I can only now begin to articulate.

I was so immersed in patriarchy during my childhood that I assumed messages of faith could be communicated only through the masculine voice. After all, most references I encountered of God were as “He” and all the prophets in Abrahamic traditions were men.

Yet as I got older, my most intimate moments with Allah in personal sacred spaces had an entirely different quality. During early-morning prostrations before my Beloved, I had a deep sense that our connection was beyond constructions of gender and beyond my supposed inferiority. Rather, it was an exchange of energies that was deeply loving and nourishing. Something wasn’t right with the prevailing, masculine narrative of Islam, but I was unable to put my finger on why.

That changed when I became acquainted with the powerful women who have been largely erased from our spiritual histories. Their voices are muffled and faint not because they didn’t exist, but because they’ve been hidden and written out of relevance by patriarchal readings and writings of Islam.

In the past two years, I’ve attended conferences in the U.K. Lake District focused on the theme of awakening the Sacred Feminine within ourselves and the world, including inspired key note addresses by author and spiritual guide Elizabeth Anne Hin. She brought the idea of the “prophetess” alive for me in a way I’d never experienced before.

As she recounted stories of great prophets like Abraham, Moses, Jesus and Muhammad, peace and blessings be upon them all, I realized the versions I’d been taught severely neglected to honor the role of the feminine in bringing the Divine message to the world.

Jesus couldn’t have emerged as the grace to humanity he was without the blessed Virgin Mary’s bravery and devotion to God. The Prophet Muhammad’s wife Khadija was integral to the revelation of the Quran as she was inspired to tend to, nurture and support him so that he could bear the message of grace. “It was the two of them together who were held to receive the blessing of God,’’ Elizabeth said.

In describing the story of Abraham, she highlighted how he brought to the world a message of the Oneness of humanity through two women — Sarah and Hagar — each nurturing a son to bring a different faith and language to name that universal Oneness. But instead of realizing the underlying unity that Abraham’s family represented, “we created armor,” Elizabeth says. “Now the work is how do we hold the two mothers, and the father and the two boys so the weapons come down.”

In the story of Moses, three women — his birth mother, Pharaoh’s wife and his birth sister — worked together selflessly, without competition or deceit or treachery, to “hold one boy to move forward as a father of all humanity.’’

Elizabeth revealed to me the ways prophetic history is rich in descriptions of the embodiment of feminine and masculine energies in action. More importantly, though, this interplay between the Prophetess and Prophet is a metaphor for our inner experience as human beings comprising both feminine and masculine energies. I’d never really thought about how the two coalesced in me before, yet hearing it somehow made sense intrinsically.

The feminine energy is the receptive part of me, and all of us, that’s open to surrendering to what is, to being in the moment. It does not seek power or control, yet like the prophetess, it is the inspiration imbuing that which is power. The masculine is the actor that embodies the gesture generated by the feminine, the doer. When in harmony, there’s a natural ebb and flow of the feminine receiving and masculine acting.

Unfortunately, the feminine has been so devalued for centuries that a false masculinity dominates, driven by our deepest insecurities and fears. It’s that part of me that is defensive, that wants to control events and people, to accumulate possessions and that prompts those around me to put up their armor.

The devaluation of the Sacred Feminine in men and women not only damages our inner experience and relationships, it leads to the degradation of nature, war, the abuse of women, and the exclusion of the feminine from influence.

“The heroine in most people has been thirsty for a very long time,” Elizabeth said, urging men and women to “open her up to simply receive grace and then embody it. There’s a great deal of argument around the world. What I observe occurring in that argument is the incomplete understanding of how to let the Sacred Feminine move through us.’’

The Sacred Feminine is wise, creative, life-giving and in contact with her intuition and heart. When I allow her to flow through me, I am receptive, nurturing, empathetic, resilient, patient and open to receiving and embodying grace in the moment.

When she is present, the Sacred Masculine, which is guided toward qualities such as courage and honor instead of conflict and suffering, has space to unfold within me. Those around me feel secure enough to put their figurative weapons down. Arguments, defensiveness and negativity are replaced with understanding, unity and the ability to see the Divine in each other. We encourage one another to live from our highest selves, beyond competition, envy, pride and vanity.

While our shared spiritual histories have long placed a great deal of emphasis on the stories of the heros, the heroine has always been there, intrinsic and essential to the narrative. Each step I take to embody her in my life today is, for me, a step toward writing her-story back into history. 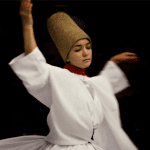 November 24, 2017
Muhammad and Rumi on Sexual Harassment
Next Post 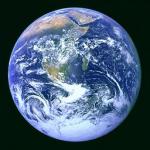 January 17, 2018 If the Quran Were a Film
Recent Comments
0 | Leave a Comment
"I Think this is an informative and interesting blog so I think it is very ..."
Uniswap x How Awake Are We? When Waking ..."
"you weren't on this train i hope: https://www.bbc.com/news/wo..."
mike malzahn Entering the Garden
"what could a mere mortal possibly do to hurt the feelies of an all powerful ..."
crackerMF The Hajj and Forgiveness
"These are chemically induced delusions, and the real world is still there when the effects ..."
David Cromie What if Allah is Beautiful and ..."
Browse Our Archives
Related posts from The Living Tradition