The Many Directions of Prayer

The Many Directions of Prayer April 5, 2018 Anna Rohleder

Lately I’ve been having a funny mix-up: I keep opening the prayer app on my phone when I want to get directions. No doubt it has something to do with the fact that my Google maps app is right above the little minaret icon on my phone’s home screen. But somehow I think there is more to it than the errant tap of a finger.

I’ve been looking at maps more often than usual because I’ve been traveling a lot lately. And whether it’s walking around in big cities like New York and London or taking a road trip through rural America, it has made me aware of how many millions of other people are also moving around from one place to another, even if they’re just going from home to work or school. Human beings were created restless, says the Qur’an.

If that’s how we are, it stands to reason that we need directions in the literal way as well as a sense of direction more broadly. How does salat relate to that? For me, the mix-up with my apps has led me to see the ritual prayer in a different light: less as a set of instructions or commands than ameans of orientation and a home base to return to throughout the day. When I’m mindful of facing Mecca, for example, I can recall that the inner Kaaba is the heart, which is the most reliable compass. I can remember that our origin and our destination as human beings is one: from Allah we come and to Allah we return.

And I can recall that getting lost can also be a form of mercy.

I’ve noticed that even in my least gathered states, moments of transcendence are still possible. I may start out praying in distraction, the thoughts in my head as loud and busy as traffic rushing along a city street. At first I may still be reciting the words of the Qur’an by rote, and bowing and prostrating mechanically. But as I move through the rakats, I find myself breathing more deeply, relaxing and opening up to the silence and spaciousness around me. By the time I come to the tesbihat, I may have arrived at the point I should have started from: the timeless time and placeless place where we can meet the Divine in presence. It’s like the story in the Masnavi of the man beset by a cloud of stinging bees, who has to jump into a river to free himself of them. Prayer is that cool clear water that washes off a thousand worldly concerns.

The relationship between prayer and water makes another connection for me in terms of spiritual geography. Just as bodies of water like rivers and oceans serve as borders between countries in the outer world, so too does the ritual prayer seem to divide the day up into realms of rest and activity that have their own rhythm and tone.

My favorite daily prayer is fajr; it’s the prayer I am most faithful to and which gives me a sort of reading about the state of my mind and body at the start of the day. But I also love fajr just for its own sweetness. Waking up when it’s still dark outside but the birds have started singing is like gaining entry into an enchanted borderland between night and day. Fajr is a place where I can have experiences that are qualitatively different from both my waking reality as well as my dream life.

I recall the special excitement of going for fajr at Shams’s mosque while in Konya a few years ago. Awakening around 4.30, I would dress quietly and slip downstairs to meet one or two other friends in the hotel lobby. Without speaking, we navigated through the sleeping city, where the bakeries were still shuttered and the only movement in the dark streets was a few forgotten towels fluttering on the rack outside a barber’s shop. Even on the nights when I’d only slept a few hours, I still felt refreshed and lit up from within. It was as though some other force took over entirely. Instead of making an effort to go to the mosque and pray, it was more like being carried there and met in a long embrace.

During Ramadan too, fajr seems to offer a greater sense of intimacy with the Divine. I experience it as a time of soft focus, a pleasant blurring of the boundary between dreaming and waking, when I can be more open to insight and guidance from a higher source. The stillness of the early morning hours seems to foster a certain clarity and peacefulness in the heart that makes it easier to rest in the beauty of the One. I’m reminded that this beauty is always surrounding me and yet I often miss it through my own heedlessness and impatience.

This kind of forgetfulness worsens for me in the middle of the day, when I get caught up in the ever-proliferating demands of work and the items on my own to-do list. It’s like opening so many browser tabs that I can’t see which one is which anymore, or even remember what it was I had been searching for. It can be hard to tear myself away from things that seem both urgent and unfinished in order to pray. Yet when I do respond to the summons for dhur and asr, I always feel revitalized afterwards. It’s as though dipping into those little pools of sacred silence provide a glimpse of what it would be like to swim in the ocean of our Sustainer’s presence.

As the day winds to a close, I find I turn to maghrib and isha to lend my evening more structure. Should I drift into aimlessness, the two night prayers guide me back to a sense of purpose, reminding me of the importance of continuing to work toward the personal and spiritual goals I have set for myself and not just to leave daily practices to my morning meditation and prayers. I am also called to review the intention I had for the day, how I did or didn’t make good on that and what is still possible in the few hours left.

In that way, prayer always offers the most direct route back to the present moment. Whether the particular prayer is fajr at the start of the day or isha at its close, I am grateful when it points me back to the remembrance of verily, unto Hu we are returning. 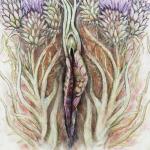 March 24, 2018
My Journey From 'Moderate' Muslim to Seeker of Love
Next Post 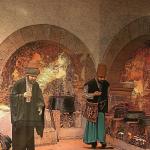 April 9, 2018 Coming Home to the Sufi Kitchen
Recent Comments
0 | Leave a Comment
Browse Our Archives
get the latest from
The Living Tradition
Sign up for our newsletter
POPULAR AT PATHEOS Muslim
1