The Strangeness of Sufism 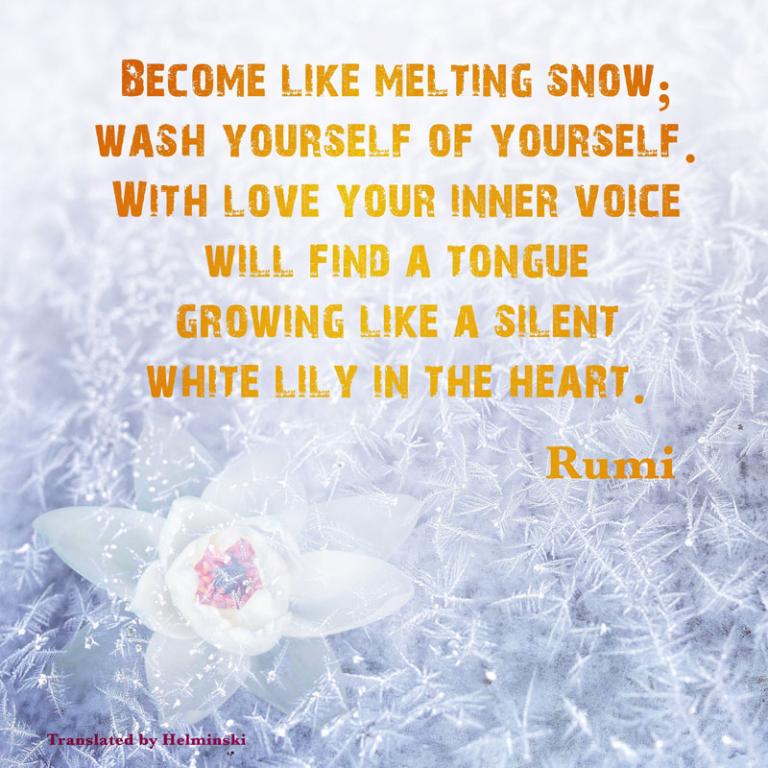 Islam began as something strange, and so it will become again one day, and blessed are the strangers. ~Hadith

In a somewhat random conversation I had recently a woman said to me, “You know, my daughter and the younger generation get their spirituality mostly from Instagram.” Now, several months later Threshold Society has ramped up an Instagram account. A quick search for Rumi on Instagram yields a range of quotes from a few interesting paraphrases, to some bland clichés and self help advice, and soon to more Beyoncé than you ever wanted to see… Nevertheless, following the principle of “by any means possible,” we’ve started to make our own contribution. We don’t think that the presence of Rumi in the “spiritual marketplace” is a bad thing, and the icon of the whirling dervish which regularly appears in the most unlikely times and places does no harm and may even plant seeds in the collective soul of humanity…

Sufism is based on certain premises that are unfamiliar, if not foreign, to our contemporary environment in which transcendent realities have been relegated so far to the background of life that they are effectively ignored:

The first of these is the idea that the soul itself needs to be educated and trained. The soul needs knowledge and practice in the areas such as self-awareness, attention, will, relationship, service, and worship. In the modern world we don’t reflect much on the soul, let alone on its development.

The second important principle of Sufism is that this education and training is best conducted together with others—not just for the sake of convenience, but because of the opportunities to know ourselves through relationship, and because of the quality of energy that is generated and shared in a group. We read the occasional book on spirituality and form our own inner convictions, but rarely commit to the ongoing process of spiritual education and transformation. We may be willing to spend years and tens of thousands of dollars to receive professional training, and yet resist the idea of taking time for a weekend retreat, much less a years long commitment to weekly dhikrs (meditative sessions) and sohbets (spiritual discourses).

The third principle is that there are people who have experience and knowledge in this area, and who may be authorized through a spiritual lineage to provide wisdom, guidance, and inspiration. We resist the idea of such a relationship because relationships demand something of us: honesty, commitment, and possibly change. Even if we consider ourselves on a spiritual path, we would rather commit to a technique, such as meditation, which preserves our imagined autonomy and freedom, rather than to a relationship and a spiritual family and the commitment that implies.

Of course, there are many good reasons why we should be skeptical about people who set themselves up as spiritual teachers and groups that proselytize or seek to enlist members. The real spiritual paths never seek members merely to increase their numbers, but they may seek to offer knowledge to the societies in which they exist. In fact it has been a conscious principle that the path exists to serve those who consciously choose it, although in more traditional societies the purpose of the tariqa, or path, was more commonly known and understood.

Because spiritual transformation is not a form of conditioning, it cannot be accomplished only through the sharing of information and techniques. It is more mysterious, more creative, more unpredictable. No matter what kind of training program is devised, it can never guarantee that its practitioners will have attained freedom from the self, selfless love of other human beings, and sincere love of God. And yet this is what Sufi education aims at.

Sufism, once the heart and soul of Islamic civilization, has been pushed to the margins, reduced to a mere intellectual preference or curiosity in Europe and America, associated with cultism and backwardness in South Asia, considered a dangerous heresy in Saudi Arabia and Iran, and a merely tolerated minority in other Muslim majority nations. But Sufism, as a comprehensive system focused on body, mind, heart, and soul, offers a unique path forward for humanity at a time when our very humanness is challenged.

Nevertheless, we must face the fact that there are very few examples in today’s world of Sufism as a viable living tradition — over the last century it has faced a withering assault: the traumas of the postcolonial world, the weakening of traditional ways of life, fundamentalist propaganda, global consumer culture, and more.

Furthermore, the Sufi who has attained some spiritual maturity may appear as not a “true Muslim” to some and as “too Muslim” to others. The truth is that the real Sufi belongs to all of humanity. His or her wish is to see any individual attain the highest level of human completion that is possible for them.

The Sufi teacher looks to the spiritual realization of human beings, more than to any nominal adherence to belief. If the Sufi loves the heritage of classical Sufism, it is because of the richness the tradition offers, because of the inspiration, purity, and practicality of its message.

Those who are uneasy about the relationship of Sufism to Islam are usually people who are relatively uninformed about what traditional Islam represents, including those who have been disappointed by the lack of spirituality in many of today’s mainstream Islamic settings.

The humanness of Sufism, the degree of its wholeness, its integration with ordinary life, its nobility, liberality, and humility are almost inconceivable without the revelation of the Qur’an and the personality of Muhammad. Rather than moralizing and threatening people with the punishments of Hell and the rewards of Paradise, Sufism reaches toward these qualities through a change of consciousness that transforms the very ego that is so often the basis of human behavior. The ego cannot fix itself; only a state beyond the ego is effective in freeing us from the prison of our egoism, and that is the state of conscious presence. Sufism is effective to the extent that it understands that spiritual development is essentially a movement from a more limited state of consciousness to a more comprehensive state of consciousness.

This movement through levels of consciousness, however, is not merely a mental process; it is a movement guided by embodied qualities of virtue and character, primarily sourced in the hadith. Various modern Sufi adaptations that distance themselves from Islam, perhaps ignorant of classical Islamic Sufism, risk becoming fragments of a wholeness that classical Sufism embodied, or even a caricature of it. In some cases the spiritual search is reduced to the search for ecstasy; in others it is abstracted to a dry epistemology. In still other cases, it becomes a kind of free-spirited mystical sensuality; and in others, tinged with religious fanaticism.

But Sufism, at its best, is a path of completion. It proceeds from the living example of human completion and leads toward that completion. The simple and basic practices of Islam, when understood as a spiritual training system, rather than a demand from a strict and punishing deity, can lead to the restoration of our original and pure nature (fitra).

Turn your face with purity toward the primordial religion (li dïni Hanïfä), (recognize) the innate nature (fitrah) upon which God has made humankind; do not allow what God has made to be corrupted. That is authentic religion, but most people do not understand. [Surah ar-Rum 30:30][1]

Islamic civilization has an abundance of human exemplars, most of them Sufis, who have been the living embodiment of this fitra, this innate pure nature. Each Insan al Kamil (perfected or completed human being) brings forth the beauty and depth of true humanness. Sufism is something natural and innately human. What is needed now, more than ever, is a revival of the communities of grace that historically sustained this process of human development. “…and blessed are the strangers.” 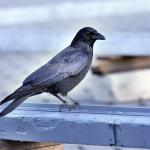 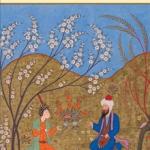 August 12, 2018 Countering Islamic Extremism With Radical Love: Book Review
Recent Comments
0 | Leave a Comment
"I Think this is an informative and interesting blog so I think it is very ..."
Uniswap x How Awake Are We? When Waking ..."
"you weren't on this train i hope: https://www.bbc.com/news/wo..."
mike malzahn Entering the Garden
"what could a mere mortal possibly do to hurt the feelies of an all powerful ..."
crackerMF The Hajj and Forgiveness
"These are chemically induced delusions, and the real world is still there when the effects ..."
David Cromie What if Allah is Beautiful and ..."
Browse Our Archives
Related posts from The Living Tradition