Shams and the Breaking Heart

Lately I’ve been haunted by some lines from a poem called “The Testing-Tree”:

In a murderous time
the heart breaks and breaks
and lives by breaking.
It is necessary to go
Through the dark and deeper dark
And not to turn.

Working for a humanitarian news service has forced me to learn about distant conflicts and crises. In parallel, I find myself becoming more aware of the injustices faced by marginalized people in my own city and country. Looking at the photo of a little boy in Iraq, his whole body scored with shrapnel wounds, is heartbreaking. Hearing the stories of people denied not just material resources, but even their basic human dignity, in a society that claims to be a democracy is heartbreaking.

In everyday life, that seems to be where the conversation usually ends. We sigh and shrug and say that’s just how it is. This poem says the opposite: it insists that heartbreak is not a reason to turn away but rather “to go / through the dark and deeper dark / and not to turn.” For us on the Sufi path, such advice may well sound familiar; Shams taught the same idea centuries ago. In a series of passages on the heart*, he explains that its capacity develops through contraction as well as expansion:

The moment the bright light of the Truth reflects upon the heart, the heart becomes joyful. Then in a moment the light disappears, but many times it happens like this so that the heart might become a heart. It burns, and many times the heart gets broken, until it melts and only God remains.
(from Rumi’s Sun, p. 402)

In our tradition we learn that the heart is an organ of spiritual perception, able to intuit the unity behind the fractured world of appearances. But even as the heart comes to know that this wholeness is true Reality, it feels all the more keenly the pain of separation that comes from living in denial or forgetfulness. Being alive in the fullness of that experience – aware of spiritual reality while not turning away from the world’s real suffering – seems to me an important dimension of our path. Echoing the Hadith Qudsi that says, “I am with those whose hearts have been broken on My way,” Shams tells us, “brokenness of heart is necessary.”

At the beginning of my own journey on this way, I was very much in love with the love that we share and all the beautiful ways that we care for each other. And then I remember there was a point when I realized that to open my heart means I have to feel everything – not just joy and tenderness but also grief, anger and regret. Sufism is not the kind of smorgasbord spirituality where you take what you like and leave the rest.

And how could it be otherwise, if a central tenet of our path is to gather all of our disparate selves and become an increasingly cooked and coherent self? To do that requires a focus, a point of orientation and an organizing principle, which Shams tells us again is the heart:

….Ascending to the Throne is useless; whether you ascend to the Throne or descend through the seven layers of the earth, it’s of no use — one must open the door of the heart.
( p. 333)

Then there’s a surprise. Shams says,

One should not be a person of bodily instincts, but a person of heart. Seek the heart, not instincts! Where is the place of the heart? The heart is hidden…
(p. 402)

I thought I knew where – or what – the heart is. But Shams asks: “Where is the place of the heart?” He doesn’t say it is in the chest. He doesn’t say it’s in the mind. He says, “The heart is hidden…” In the modern terms of quantum physics, we could say the heart is a nonlocal phenomenon. It’s not (just) something that resides in us, either as a physical organ or as a center of energy. In its spiritual function it is the consciousness of connection, which requires some kind of encounter to be activated. As Martin Buber writes in his book I and Thou:

“Only as the You becomes present does presence come into being.”

This description accords with my experience of what I would call people of heart. They are the ones who perceive other people as real and present as their experience of themselves – and not just other human beings, but also animals and plants, even rocks and wind and rain. People of heart always have presence because they are awake to those encounters – even when, or maybe especially when, those encounters have the potential to be painful.

An open heart has room for everything. It doesn’t narrow the encounter with labels or other limiting concepts. It is, Shams says, “more expansive, more pleasant and more illuminated than the heavens.” (p. 247)

It is the sacred space within us that a mosque or dergah or any other external sacred space is meant to evoke. It is a sanctuary and a door to the infinite, but it’s also a place where we can live, even when the times we live in are murderous.

* All quotations from Rumi’s Sun: The Teachings of Shams of Tabriz, translated by Camille Helminski and Refik Algan 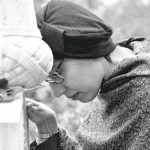 December 4, 2018
Endeavor to Make God Your Companion in Every State
Next Post 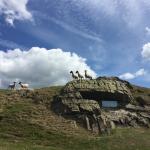