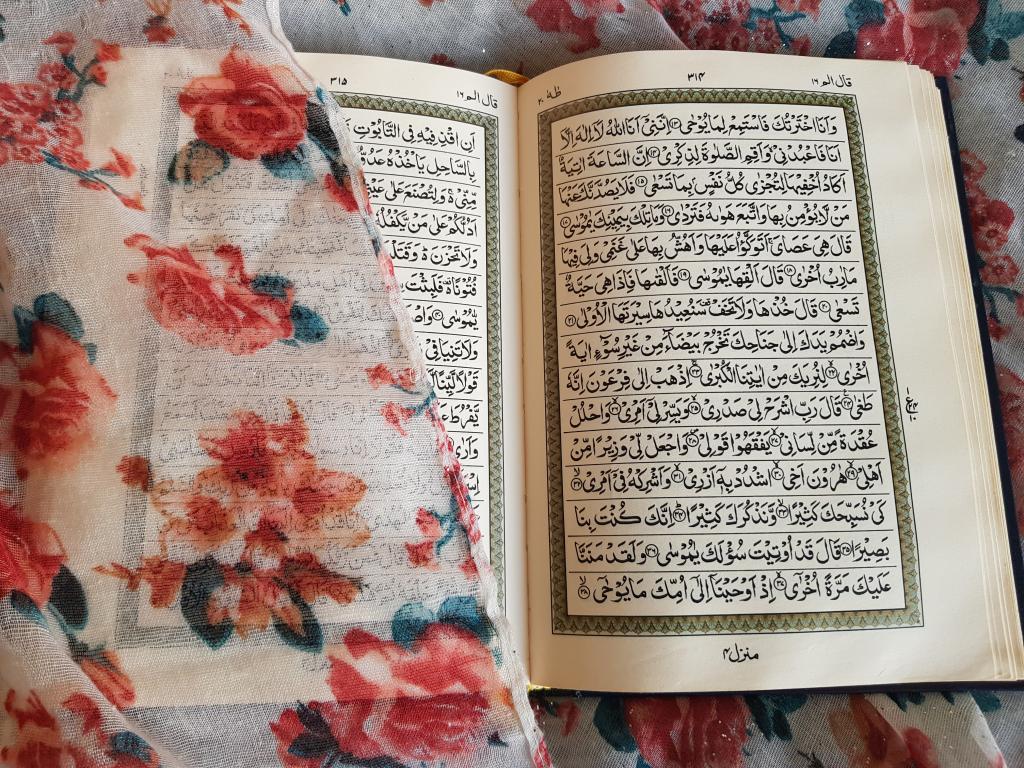 I tried to read the Qur’an in English when I felt old enough to understand some of the archaic early English translations, to find something beyond hellfire and damnation. But I didn’t get far as Abraham’s God continued to shout at me about the torment of hell.

And yet, despite it all, I retained a reverence for the Qur’an. I reasoned to myself that I didn’t understand what it was saying because the translators were flawed in their ability to express God’s word. This may seem an arrogant viewpoint for a teenager to hold but my heart felt that this must be so – as my God could not be so patriarchal, judgemental, and mean – otherwise why create the universe if it was just going to be a long, miserable wait to get to hell? I still felt guilty that I couldn’t relate to the Qur’an and hoped that ‘one day’ it would reveal itself to me when I was ready to understand.

That ‘one day’ arrived very unexpectedly in my late twenties when I attended my first Sufi retreat in the UK and met Shaikha Camille Helminski. Not your typical shaikha, especially if you come from a Pakistani background. She was white (intriguing), American (disconcerting), and didn’t wear a hijab (shocking). Neither did I – but my hypocritical, ingrained cultural conditioning seemed to expect it from her! As I sat in a roomful of people, struggling with all my conflicting feelings, Shaikha Camille very unassumedly lifted her carefully placed scarf from her shoulder and draped it casually over her head.

And then she recited a verse from the Qur’an.

I say recite, but this word does not quite capture what happened. My experience of Qur’anic recitation was of men shouting it through shoddy speakers with ridiculous reverb at the mosque, or men shouting it on the television on the growing number of Islamic cable channels, or rows of young boys and girls chanting it in monotone at the madrassa when I was young.

This recitation struck me like a vision, as clouds parting and light streaming into the room to bathe Shaikha Camille in radiance. Her melody was unlike anything I had experienced: sacred, angelic, and slightly Celtic, it perfectly came together in holy harmony. The verse was short – I think – I was a puddle of perplexity and ecstasy and I don’t remember what happened next. At some point the session ended and I retreated to sob where no one could hear me. This was not the Islam I thought I knew; was it therefore an abominable innovation? But if this was sinful, why did it feel so angelic and bright? My heart’s sudden expansion had highlighted the iron bars in my chest that I hadn’t even realised had been there my whole life, and it hurt.

The next morning shattered further illusions as Shaikha Camille recited more verses and gave their translations in English. I was left feeling like she was surely reading from a different book. And when she referred to God as ‘He/She’ my mind felt like it was going to explode: this was wrong (but why?); this was blasphemous (but how?); this was definitely not Islam (and yet…).

My inner turmoil left me unable to approach Shaikha Camille and speak to her directly, but I noted that the book that she was reading from was available in the retreat bookstore and I grabbed one of the few copies to dissect when I returned home. The Mevlevi Wird is a litany of prayers recited daily by Mevlevi students. Shaikha Camille compiled the current publication with English translation and transliteration of the Arabic so you can read it in either language.

I was amazed to find verses – that I thought I knew very well – translated in new and unexpectedly beautiful ways. The Throne verse in particular is one I had recited regularly in Arabic. I thought I had a cursory understanding of the English meaning but the Wird gave new depths to the familiar words. And the jarring quality of seeing ‘He/She’ instead of the traditional ‘He’ shook me. Intellectually I knew God was beyond gender, and yet a whole lifetime (and centuries before me) had shaped God into a male, patriarchal, stern father figure – not quite the old man in the cloud and yet not far off that image either. To see the gender-inclusive language was a physically shocking experience, and reading God as She opened me in new ways to the compassion and mercy that is promised at the start of nearly every surah of the Qur’an. The first time I recited the Throne verse in English, aloud after my prayers, using the feminine pronoun, left me sobbing for some time into my prayer rug.

And so I met the Qur’an.

The Qur’an is like a bride. Although you pull aside her veil, she will not show you her face. The reason you have no pleasure or discovery in all your study of it is that it rejects your attempt to pull off its veil. It tricks you and shows itself to you as ugly, as if to say, “I am not that beauty.” It is capable of showing any face it wants.*

He goes on to say that you must not ‘tug at the veil’ but be patient and do ‘service from afar’, and ‘without pulling at its veil, it will show you its face’.  I find it fascinating that Mevlana uses the imagery of a bride to describe the Qur’an.

And he concludes with a verse from the Qur’an to illustrate his point:

I definitely felt that I had met people of God at that first retreat and my study of the Qur’an grew through reading Shaikha Camille’s translations. She was one of the first western women to render a significant portion of the Qur’an into English in The Light of Dawn, A Daybook of Verses from the Holy Qur’an. This volume collects some of the most essential verses from the Qur’an and continues to shake preconceived understandings with its gender-inclusive language that forces a fresh evaluation of the holy message.

I hope to continue these reflections in my next post, but in the meantime I would like to leave you with the heart-quaking verse that radically altered my connection to God:

God – there is no deity but Hu,
the Ever-Living, the Self-Subsisting Source of All Being.
No slumber can seize Her nor sleep.
All things in heaven and on earth belong to Her.
Who could intercede in Her presence without Her permission?
She knows all that lies open before human beings and all that is hidden from them,
nor can they encompass any knowledge of Her except what She wills.
Her throne extends over the heavens and the earth,
and She feels no fatigue in guarding and preserving them,
for She is the Highest and Most Exalted. 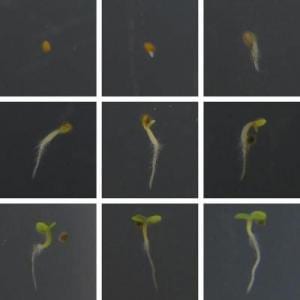 January 19, 2019
La Illaha illa Allah and Connecting to Our Shadows
Next Post 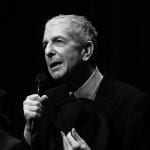 The Story of Jesus: The Man...
The Muslim Monad
Related posts from The Living Tradition 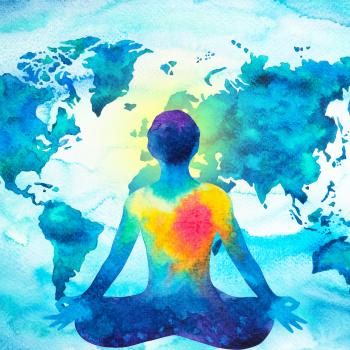 Muslim
Stepping Up To Spiritual Activism
The Living Tradition