Be Humble in Love; Be Bold in Loving 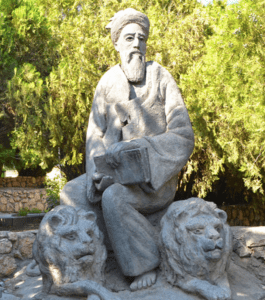 Sooner or later those who travel the path of God will encounter a series of questions related to the very existence of the “self.” What began as a self-evident and solid “I”, an identity made up of desires, satisfactions, disappointments, insecurities, and aspirations, gradually becomes rather different and mysterious sense of self. According to one map of the Sufi journey, the self proceeds through a series of fanas (stages of annihilation). First it realizes that maybe its actions are not its own, as it had thought. Then it realizes that it’s qualities are not its own, but derived from the qualities of God. Finally, tradition tells us that one day it becomes apparent that even its very essence is not its own, but mingled somehow with the Divine.

There are many potential misunderstandings regarding this map of spiritual development. If the self were to prematurely abandon its own sense of autonomy and responsibility, it would be a case of aborted development. Or if the seeker were to allow himself or herself to become like a feather in the winds of change and circumstance, again the journey of the self would have been abandoned almost before it was begun. Sayri Suluuk, the journey of the seeker, passes through 18,000 veils before the true secret of who is the Doer is fully realized.

In Kharaqani we have an example of a human being whose inner content had become the Divine. Few Saints have set their sights as high as he did and left behind a record of this journey, indicating a territory beyond what most creatures imagine. His knowledge of God’s ways, his examination of the self, his humility, and his bold love are the treasure we consider today.

Emptied of the distortions of the false and limited self, his inner being contained nothing but the divine qualities and the divine will. Such a realized human being could be compared to a beautiful bay, open to the wide and infinite ocean of God. And yet that bay, like a beautiful harbor offering safety and refuge to the vessels of human aspiration, indicates a point of departure for us today.

His humility was so profound that he counted his own years of rebellion to be as many as the years that Noah lived, while his period of humility he counted as merely one hour. When he asked God to describe what he, Abul Hasan, was, God showed his very self as a worn-out garment; and when he asked about all his prayers, devotions, and sacrifices, God said, “That was Me.” 215, 503

Kharaqani is a Pir of Pirs, the nexus for some of the greatest figures of Sufism. To begin with Bayazid Bistami who lived 100 years earlier claimed to be guided and inspired from the future by him. During his own lifetime the great poet and mystic Abu Said Abil Khayr and the master of medical science and philosophy, Ibn Sina, and the powerful Suktan Mahmud of Ghazna journeyed to meet him and recognized his sanctity. Abdullah Ansari, the Sage and Poet of Herat, was also one of his mureeds. He is counted in the silsila of the Naqshbandis beginning with Abdul Khaliq Gujduvani. And Ahmed Yasawi was a later link in this chain, and all that flowed from him from Central Asia, including Haji Bektash Wali, can be traced back to the illiterate, intoxicated, and humble Abul Hasan Kharaqani.

Just a few of his words are worth enough to buy the freedom of thousands who long to escape the unreal, and find refuge in Reality. What he knew about his Lord was immense; what he did not know was greater still; and what he put into words is what he hoped we would understand.

A sign of love was given to my heart.
I searched through all creation to find anyone
intimate enough to share it with.[1]

You could describe the human condition with such delicacy and compassion, describing at the same time the noblest aspiration possible for a human being, the spiritual seeker who will be satisfied with nothing less than God

How amazing  is this humble human heart,
lovesick, accepting no remedy but the beloved,
even though everything in this creation

This humble human heart has been given to human beings as a touchstone to help us discern what is truly important and valuable, and yet most of us, most of the time, distracted as we are, fail to make use of it. Instead we busy ourselves with countless strategies that we imagine will bring us happiness and satisfaction.

If we are honest, we will see that so much of our suffering is self-created, the result of wanting what we do not need and ignoring our greatest need. For this heart, as the Qur’an informs us, can only be satisfied in the remembrance of God.

If we are proud of our accomplishments, it is no sin, just a childish pretension, forgivable,  a state to be eventually outgrown. In the end we will come to know that our greatest happiness is when our Beloved frees us from these traps of human delusion and strategy.  the labyrinth of human whims and distractions.

Abul Hasan came to recognize that the whole road he had traveled was the path of God, and that the destination he obtained was precisely the destination God had brought him to. How wasteful, insignificant, and unnecessary seem the strategies and ambitions of the self once it is understood, indeed perceived, that God set us on the path, accompanied us, and welcomed us in the end. In the end our own efforts count for little, our worries even less. The journey was, is, and always will be only in and through the divine presence.

I do not tell you to give up effort,
but you need to remember who the Doer is;
you can trade only with God’s capital,
and when you offer it, in return,
you are taken in as one returning home.
In the beginning you have Him only,
and so it will be at the end,
and in the middle there is no one else.[3]

When we are brought near to a human being like this all our human strategies are burned up like raw wool in the fire. For him the perfection of human morals and character can never be the result of our own efforts nor even the result of entering into the state of God. The generous, humble, loving human being is not the one who sought God, but the one whom God sought. From the hair on his head to the soles of his feet every cell proclaims Allah.

His words reveal the stages of the spiritual journey as a series of beautiful paradoxes. He offers this beautifully surreal narrative of the spiritual journey: a wave of the ocean suddenly bursts into flame, and that flame burns your heart to ashes, and from those ashes the tree of faithfulness (Iman) produces a fruit which satisfies the soul so completely that only God remains.

But perhaps the most surprising thing about his revelations to us is his description of the transformed human being:

He is asking us to have the bold courage that is, in the example of our Prophet (saws), both kind and humble. Such a boldness can only come from true irfan, marifah, gnosis. This is a boldness of the spirit not of the ego.

The sign of a true spiritual awakening is to have the will for freedom, to be a non-conformist in a world of false values. To be such a non-conformist is to be a free sovereign being, not controlled by the expectations and opinions of a society that worships appearances, wealth, fame, and power. And beyond that, we need to free the soul from its bondage to the idea that materiality is the only reality, which becomes possible to the extent that we know that God is the only Sovereign.

In the psychic field  of the world today there is much agitation.  Only an intentional aspiration, a pure himma, can provide us spiritual immunity. Otherwise the lies of a false reality will distort what we see and understand. Sufism must never lose its spirit of emancipation. Shams of Tabriz says, “This is the work of the heart, not the mind.” Each of us needs to be a non-conformist—a non-conformity that arises from true spiritual emancipation. In the words of Abul Hasan Kharaqani:

Note: The source for most of my quotes is Kadkani’s, Neveshte-bar-darya, az miras-e erfani-e Sheikh Abol—Hasan-e Kharaqani, Tehran 1988 and through selections translated by Vraje Abramian in The Soul and a Loaf of Bread, and through the further assistance of my colleague Ahmad Rezwani of Mashad, Iran. 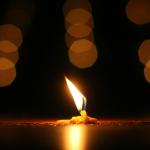 April 6, 2019
Sacred Space: Lighting the Lamps Within
Next Post 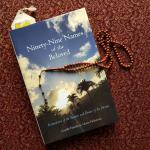 May 16, 2019 Swimming in Divine Abundance: The Ninety-Nine Names of God
Recent Comments
0 | Leave a Comment
Browse Our Archives
Related posts from The Living Tradition