The expectancy of listening

Be patient and persistent in fasting: be always expecting the Food of God.
For God, who acts with goodness and is long-suffering, bestows His gifts on those who are expectant.
The full-fed man doesn’t wait expectantly for bread, wondering whether his allowance will come soon or later; but the foodless man is always asking, “Where is it?” and expecting it hungrily and seeking and searching for it.
Unless you are expectant, that bounty of manifold felicity will not come to you.

When we read this quote at the beginning of Ramadan, I struggled to understand what Mevlana meant. Wasn’t part of the teaching of this month to learn to be contented with less? To mute our desires and cultivate gratitude for the blessings we already have? It seemed counterintuitive to say we should be expecting something more from our Sustainer.

OK, I thought—the food of God, I guess that’s something different. Baraka. Nur. All of those sparkly spiritual gifts the Divine grants to saints and holy people and sometimes ordinary people who make extraordinary efforts.

Then Ramadan began. I started fasting, and I also started reading a book about listening as a practice of awakening*. It’s written by a Zen master who comes from a school of Korean Zen named after the bodhisattva of compassion, Kwan Se Um Bosal, who attained enlightenment through hearing the cries of suffering of the world. The author writes:

“In the West, this archetype [of compassion] is represented by Mary, the mother of Jesus. Mary also came to realization of the compassionate mind from listening. When the angels came and told her she was to bear the child of God, she said, ‘Be it done unto me according to thy will.’”

It was then that Mevlana’s quote came back to me: God bestows gifts on those who are expectant. Expectancy is not the same as expectation, namely getting attached to a particular outcome. Rather, it’s a state of receptivity, the way that a pregnant woman is expecting. When Mary became pregnant with the Word, the manifestation was Jesus. When Prophet Muhammad (peace and blessings be upon him) became pregnant with the Word, the manifestation was the Qur’an. Both Mary and Muhammad were able to receive their revelation because they were in a state of deep listening: attuning to the Divine Voice singing the world into creation at each moment.

To be in such a state requires emptiness, a clearing out of inner space. Fasting facilitates this process, not only by removing the sensory preoccupation with food (and the physical fullness that goes with it) but also by disrupting other habits and routines that are numbing. In my own case, I sleep less at night during Ramadan and take naps during the day. My schedule has to adapt to the varying energy levels of my body, not the other way around. At the same time, I also notice that my usual escape routes for discomfort are cut off: I can’t go to my favorite coffee shops. I can’t even necessarily take a walk or browse in a store, finding it harder than usual on my nervous system just to be out in public.

But having one’s veils stripped away by fasting means that other sensitivities are heightened as well. I re-discovered this year, as I seem to do every Ramadan, that there are all sorts of surprising scent-correspondences between unlikely sets of things. Telephone poles, for example, smell just like old ships. Offices smell like schools. And to me, freshly mown grass drying in the sun smells like a friendly dog.

The Zen master says this is also a kind of listening:

I wanted to see if I could extend my hearing faculty in this way into a whole-body exercise. I tried to cultivate “the wide-open sky of listening.”

It turned out that even just listening with my ears was a new experience. There were sounds in everyday situations I had never noticed: in the bath, for example, the steady hiss of the showerhead finding its counterpoint in the drips and splashes of the water falling from my body, and the gurgle of the drain. Or riding to work on my bicycle, noticing the susurration of the tires on the pavement and ticking of the gears at my feet while robins chirped from the telephone wires, and swallows twittered arcs in the air above the trees.

Listening to people was also different. I aimed to hear beyond the words being said and into the state of the speaker.  Was there a need they wanted to communicate, and did their words match or contradict my sense of the situation? To discern that, I found that I sometimes had to hold back the reflex of supplying an answer, or resist the tendency to turn the conversation back to my own experience. When I was able to tune in in this way, little blossoms of connection emerged in the space between us. And I was reminded that simple things like asking follow-up questions, allowing silence to develop, or giving the person the moment they might need to go beyond what they had planned to say, is what allows a real conversation to develop.

For me that big sky of listening would appear especially when I could relax into not knowing. In particular: not knowing what might happen, how long it will go on, what I am going to say or what I am going to do. Putting all of the ego’s anxieties and interruptions to one side and just saying I am here and I am paying attention.

This surely must be among the gifts that God bestows, as Mevlana says, when you are expectant: not just a greater sense of presence in oneself but also a poignant witnessing of things happening and time passing, yet without any sense of loss or worry. In that way, I found I could be in silent conversation with the telephone poles and the trees, the birds and the backyard dogs, feeling a sense of inexplicable joy bubbling up inside as I just listened to it all unfold in a spacious and timeless present.

*Going Beyond Buddha: The Awakening Practice of Listening, by Zen Master Dae Gak. 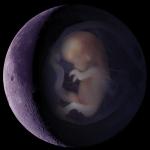 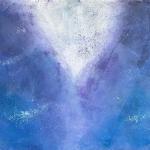