Some Christianity Today Movies readers have sent in some very angry mail in response to Josh Hurst‘s review of Facing the Giants. They’re saying things like (and I quote…)

Shame, shame, shame on you for giving Facing the Giants a bad review! I’ve heard that Christianity Today is anti-Christian. Now, I believe it!

Yep. “Anti-Christian.” Christianity Today is “anti-Christian” because a guy wrote that there are some flaws in a movie made by Christians.

Correct me if I’m wrong, but I think God’s a fellow who cares about excellence. Grace, yes. Love, yes. Being salt and light in the world, yes. But excellence too, last I checked.

Wait until tomorrow, when Film Forum reveals that the majority of the Christian film critics who saw the film are finding fault with the film, to some degree or another. Sure, some of them like it better than Josh did. But most of them are willing to voice what they perceived as flaws.

Will CT readers then decide that they’re witnessing an “anti-Christian” conspiracy?
Here’s the line I still can’t get out of my head:

I think your reviewer needs to be more in touch with the average Christian rather than set themselves up as a movie critic.

Let’s try translating this comment into a few different contexts:

“I think your plumber needs to be less-adept at plumbing, more like the common person who doesn’t know how to fix broken pipes, rather than set himself up as a plumber.”

“I think the doctor needs to be more in touch with the average patient rather than set himself up as… oh… a doctor. After all, my sister feels fine, and she’s happy, so how DARE he say that she needs to have surgery?”

I just don’t get this perspective.

“We’re Christians. We make Christian art. We don’t need ‘critics.’ We’ve got Jesus, and so anything we do is beyond criticism.”

Man, I’ve been accused of a lot of things. But I certainly hope I’m never guilty of aiming to be like the “average” anything.

There are many things to admire about Facing the Giants, and we can all be impressed with how much the filmmakers accomplished with so few resources, supported by volunteers. Compared to other low-budget, Christian-produced films, well, it’s certainly better than the norm. But does it stand up to the great films of movie history? Should we excuse it for its weaknesses just because it was made by Christians?

If we do that, we set the bar pretty low for other Christian artists, telling them there’s really no reason to aim higher.

Just because a film has an inspiring story about how it was made… and just because the story that the film tells is inspiring… does not mean that the film is flawless or somehow excused from critique. It’s like football. If you want to play in the big leagues, you have to step up and play big-league ball, and take big-league criticism.

Your whole team may be made up of Chrsitians, but that doesn’t give you the right to say it’s “anti-Christian” when someone throws a penalty flag against your team. 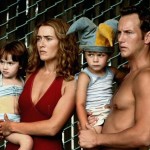 October 9, 2006 Little Children (2006)
Recent Comments
15 Comments | Leave a Comment
Browse Our Archives
get the latest from
Entertainment
Sign up for our newsletter
POPULAR AT PATHEOS Entertainment
1