Susan Cooper’s “The Dark is Rising” Seeks a Title

First came the announcement: The Dark is Rising, Susan Cooper’s classic novel of fantasy and adventure, was becoming a movie.

Then came the trailer, and hopes quickly began to crumble. It looked awful. And the story had clearly been revised to be more “accessible,” rewriting the particular context and characters of the book.

And now, the latest! When I received my official invitation to the screening yesterday, the materials indicated that the title has been changed again! As if admitting that their movie is a total failure as an adaptation, they’ve apparently dropped the original title entirely, and now the movie is just called The Seeker. (On the official site, I see the same thing. But the trailer has not yet been updated: It still has that clunky, long-ish title.)

Now, I’m not pre-judging the film. Trailers often send the wrong signals, and who wants to judge a film by it’s title? All I’m saying is this: If it’s a good movie, somebody’s doing a remarkable job of convincing us otherwise. 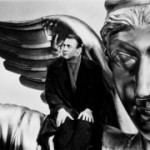 September 28, 2007 Wings of Desire (1987)
Recent Comments
4 Comments | Leave a Comment
Browse Our Archives
get the latest from
Entertainment
Sign up for our newsletter
POPULAR AT PATHEOS Entertainment
1