I saw the film last night, and I was not prepared for its magnificence. Stay tuned, I’ll have much, much more to say. But also, brace yourselves. A lot of people aren’t going to like this movie….

Apparently the idea for WALL-E was first born in 1994?

Stanton: At the time, it wasn’t a whole story. It was just the foundation of a great character—and it was literally born from the sentence, “What if humankind left earth and somebody left the last robot on, and it just kept doing the same futile thing forever?” And I thought that was the saddest, loneliest character I ever heard of in my life. [Co-writer] Pete Docter and I loved that idea, and thought we’d love to see a movie like that.

But since we hadn’t even finished Toy Story yet, our next sentence was, “Nobody would ever let us make a movie like that.” And we put it on the shelf and got caught up doing all these other things. But the idea stayed with me all these years, and when I was writing on Nemo, I started thinking about WALL‚-E again—and I couldn’t stop. That’s when I realized that I was attracted to the pure loneliness of this character, and the opposite of loneliness is love—so it should be a love story. From then on, suddenly the skies opened and I just couldn’t stop writing.

And I love this…

Moring: Some Christians want more “message movies,” and they want them to be movies where the gospel is preached loud and clear. But when movies get too driven by their agenda, you often end up with a crummy movie, and …

Stanton: Yeah, I’m right with you on that.

Moring: But guys like you and others at Pixar, and other Christians like Scott Derrickson and Ralph Winter, are bringing biblical themes into the movies without making them feel “preachy.” Where are you on all of that thinking?

Stanton: I agree with what you said. Just because you’re strong in your faith doesn’t mean that you suddenly have to be dumb and pander to a certain audience. When did that become a rule? I think you were given a brain to use it, and I think you were given talents to use it. And so the same intoxicating, seducing talents and cleverness and wisdom that you see in what may be considered “secular” entertainment, there’s no reason that those things should be held back for anything else, I like to think. 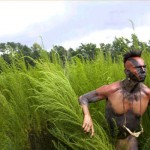 June 24, 2008 A Little Milton on a Monday Afternoon
Recent Comments
3 Comments | Leave a Comment
Browse Our Archives
get the latest from
Entertainment
Sign up for our newsletter
POPULAR AT PATHEOS Entertainment
1