THE BALCONY IS CLOSED

I was surprised how depressed I felt all day on July 21, when Richard and I announced we were leaving the “Ebert and Roeper” program. To be sure, our departures were voluntary. We hadn’t been fired. And because of my health troubles, I hadn’t appeared on the show for two years. But I advised on co-hosts, suggested movies, stayed in close communication with Don DuPree, our beloved producer-director. The show remained in my life. Now, after 33 years, it was gone–taken in a “new direction.” And I was fully realizing what a large empty space it left behind.

Yes, we’re planning to continue the traditional format in a new venue, and taking the thumbs along with us. I’m involved in that, and it will be a great consolation. But somehow I thought the show Gene Siskel and I began would roll on forever. How many other TV formats had survived so long?

I grew up watching Siskel and Ebert, and their sincere debates about the movies they loved and hated were a model for me in how to discuss a work of art, and how intelligent people could have very different interpretations of a film.

My family is good at a lot of things, but arguments are not one of them. I rarely saw family members argue about anything. If I learned how to argue from anyone, it was from these two. They disagreed, sometimes vehemently, but they maintained their dignity and always seemed friendly and committed to their mutual vision. It was great teamwork.

At least it seemed like great teamwork. I’ve learned since then that things might have been a bit stormier and more unpleasant at times behind the scenes. Nevertheless, the model of friendly debate that was televised inspired me to figure out what I thought about a movie, and to learn to venture into those discussions myself. It taught me not to merely accept the splashy raves that are posted on movie advertisements, but to seek out a variety of opinions. I grew beyond merely deciding who to agree with, and began crafting my own opinion.

As a result, I learned to talk about choices, consequences, and other people’s worldviews. I learned to consider the importance of aesthetics, and how the style of a thing was an integral part of the substance of the thing. I learned to go beyond the movie itself, to talk about whether it mattered, and if so, how and why.

I learned that debate can be good, productive, even redemptive… so long as those arguing will continue to maintain respect and decency. I learned to raise questions about the work, while holding back from judgment of the person on the other end of the argument. (Well, sometimes I could do better, and I still have much to learn, but who doesn’t?)

Oh, and I discovered a lot of my favorite movies, thanks to Siskel and Ebert too.

So the permanent departure of Roger Ebert from the television show is an occasion for sadness, but also for appreciation. And it’s an inspiration to continue that good work.

From The Hollywood Reporter’s Risky Biz Blog, a surprise glimpse of a Tron remake!

More at Ain’t It Cool.

July 27, 2008 WALL·E (2008) - A Review and a Conversation with Andrew Stanton
Recent Comments
1 Comment | Leave a Comment
Browse Our Archives
get the latest from
Entertainment
Sign up for our newsletter
POPULAR AT PATHEOS Entertainment
1 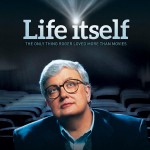 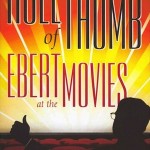 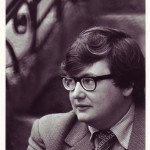