Here’s the review of The Chronicles of Narnia: The Voyage of the Dawn Treader that matters most to me: Steven Greydanus’ review at The National Catholic Register.

Steven knows the books inside and out. He knows good moviemaking when he sees it.

His review is far better-written than mine will be. But we arrive at the same conclusion: This is the most enjoyable *movie* in the series and yet it’s a confoundingly wrong-headed interpretation of the book.

I mean, really… how could anybody possibly take a story about a ship called “Dawn Treader” and never show it sailing toward the dawn?

Excuse me, while I rough-draft some of my own review right in front of you.

How could they miss it?! It’s so obvious, C.S. Lewis put it in the title! The Dawn Treader sails eastward, toward the sun, which represents the light of Aslan’s kingdom. Heaven, if you need me to spell it out for you.

But no, not in this movie.

What could be more symbolic of how this big-screen franchise has gone wrong than for director Michael Apted to literally steer the ship in the wrong directions?

Botching that most fundamental of details, draining even the film’s title of its meaning, the movie throws away its own map and just starts sailing willy-nilly all over the place, seeming to land almost by accident (or by Grace, perhaps) on a few of the book’s resonant scenes.

And thank God for that.

My review will be published at Good Letters, the blog for Image journal, next week. In short, this is the most enjoyable movie of the series, so long as you don’t think much about the book.

Granted, the book was too episodic and meandering to make a great film. They needed to revise the story considerably.

But this revision, entertaining as it is, muddles, mangles, and leaves behind many of the book’s most profound moments. And that’s a shame, considering all of the talent on display.

December 9, 2010
Is This the Hildegard von Bingen Movie We've Been Waiting For?
Next Post 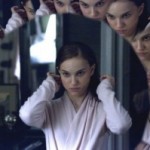 December 10, 2010 Black Swan (2010)
Browse Our Archives
get the latest from
Entertainment
Sign up for our newsletter
POPULAR AT PATHEOS Entertainment
1