Welcome (or Welcome Back) to Looking Closer!

Welcome (or Welcome Back) to Looking Closer! July 1, 2012 Jeffrey Overstreet

Well, hello to everyone here in the big Patheos.com tent!

It’s a privilege to be here, and thanks to the Patheos team — especially Timothy Dalrymple and Rebecca Cusey — for inviting me. This blog turned eight years old recently, and to celebrate, I’ve brought it to a new home. I’m very excited to meet new friends and start up some conversations about film, art, culture, and faith.

For those who aren’t familiar with Looking Closer, I’d like to say a few words (okay, more than a few) about what this blog is all about.

And so goes a typical day in my life, scanning comments on my film reviews and reading email from readers. 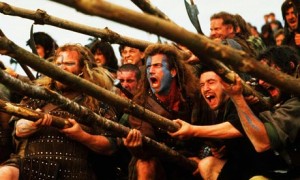 [Listen to a 13-minute audio version of this introductory post here.]

Over the last decade of writing film reviews for publications such as Image, Paste, and Christianity Today, and blogs like Filmwell and my own blog, I’ve received all kinds of questions, some of them charged with emotion:

Many people would simply delete messages like these. Others would respond with similarly contentious words.

I try (and I don’t always succeed) to respond a little differently.

Many of these questions require more than short answers, more than an argument. Movies inspire passionate feelings. And those feelings, once expressed, can inspire strong bonds between us or cause us to clash. As I sort through my e-mail and talk with moviegoers at work, church or film festivals, I find that once we get past these initial emotional responses and begin to explore our shared experiences and differing interpretations, we can learn a great deal about each other and ourselves.

In years past, writing film reviews for publications with Christian audiences, I wrestled daily with certain questions that other film reviewers may never face. Religious readers, particularly interested in what filmmaking and faith have to do with each other, often raise questions about “worldly” or violent movies, or films in which they perceive a political agenda. One may ask, “Is it okay for Christians to watch R-rated movies?” Another will write, “You gave that Martin Scorsese film a good review, but what about the foul language?”

Some are troubled by depictions of sex in Blue Valentine, Monster’s Ball, and Little Children; scornful or unflattering portrayals of Christians in The Da Vinci Code and Talladega Nights: The Legend of Ricky Bobby; illustrations of witchcraft in the world of Harry Potter. Others declare that Hollywood is preoccupied with attacking traditional values. “The Bible says we should have nothing to do with darkness,” a reader reminded me. “So how can you justify spending so much time at the movies?”

Growing up within a conservative Baptist community in Portland, Oregon, where movies were treated with suspicion, and where I spent my late teens attending 99-cent double features at the Village Theater, I wrestled with many of these questions. 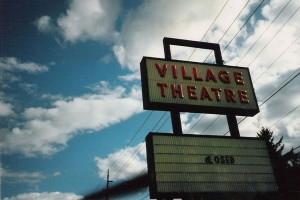 Answers did not come easily.

While other Christian moviegoers were quick to instruct me on which movies were good or bad, backing up their arguments with Bible verses and statistics, my increasing experience and understanding of Christian freedom and responsibility has led me to different conclusions — and to new questions, as well. And as readers continue to write in and condemn my perspectives as “too liberal” and “too conservative” (I’m regularly accused of both) or “subversive” and “elitist,” I never cease to be amazed at their need to slap a convenient label on me, as if human beings can be divided into simple categories and thereby judged.

Thus, when I respond to readers, I find my answers require something more than a simple explanation. I end up sharing stories about my journey. I talk about my changing relationships with certain films, my conversations with moviegoers and filmmakers, and events that transformed me.

So I decided to write a book.

And that book — Through a Screen Darkly — became another chapter in that journey. 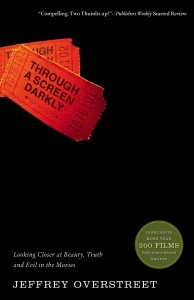 I retraced my steps from Michael Haneke’s Code Unknown, Krzysztof Kieslowski’s Three Colors trilogy and Wim Wenders’ Wings of Desire, all the way to the days when Raiders of the Lost Ark and Star Wars stimulated my young imagination. As I did, I began to see how the power of art has led me to growth and understanding. I realized that I was already responding to the light shining through art when I was nine years old, delighting as Kermit the Frog headed out of the swamp on a rickety bicycle to pursue his dreams in The Muppet Movie.

I was also startled to discover how profoundly time and experience have changed my perspective. As I reread my own review of Spike Jonze’s film Adaptation, I was ashamed to find that I had reacted hastily to the film. The characters’ reckless behavior had made me uncomfortable, so I judged the film prematurely without perceiving the film’s meaningful observations on human depravity. Revisiting the film since then, I’ve been moved and inspired. Other films that at first ignited my enthusiasm (Dead Poet’s Society, for example) may seem heavy-handed, derivative, shallow — even dangerously manipulative — after a second or third viewing.

This is one of the things I’ve learned along the way: A first impression is rarely the final word on a movie. In fact, there is probably no final word at all. Art needs time to settle in our minds and hearts so that the process of contemplation, discussion and ongoing exploration can open up possibilities that never occurred to us in the theater.

Thus, after the publication of Through a Screen Darkly, I found blogging to be the most rewarding way to continue the conversations about the movies we see — what they make us feel, what they inspire us to ponder, what they show us about ourselves and each other, and how the experience of revisiting them changes our perception even as it reveals how we ourselves are changing and growing.

Gene Siskel and Roger Ebert first modeled the process of thoughtful film criticism for me on television. Even as a 12-year-old, I wanted to understand how two experienced and respected moviegoers could disagree so passionately and glean such varying insights from the same movies. Their heated exchanges made art seem so much more mysterious, so full of possibilities. I began to understand that interpretation, conversation and revelation were what art was all about. Even though Siskel and Ebert concluded with “thumbs up” or “thumbs down,” moviegoing was not really about casting judgments. No simple checklist of dos and don’ts and no quick scan for certain volatile ingredients could lead me to a fair assessment of a film. This was to be a journey.

I’m sure that many of my strongest friendships would never have grown without the art that provoked me to share feelings with others and learn from their perspectives. I’m also sure that I would have never met and fallen in love with my wife if I had not learned a few things from movies about love and looking closer.

Writing Through a Screen Darkly showed me how movies have enhanced my life. It reminded me of why I do this, why I see movies two or three times (or more), why I examine the truth that shines darkly through the veil of the movie screen, and why I go home to write about the experience. Just as Christ’s listeners attended to His metaphors and parables and heard Him say, “Those who have ears to hear, let them hear” (Matt. 13:9), so too I have found that we can glimpse transforming truth through the beauty of art if we put aside fear and judgment and look with “eyes to see.”

That book… and this blog… are not intended as a catalogue prescribing which movies you should see and which you should avoid. They’re not technical manuals on the finer points of filmmaking. They are, rather, an invitation to a journey.

And now to the point:

Thanks to the generous visionaries at Patheos.com, this blog will serve as a “reboot” of my long-running blog at LookingCloser.org. (Call it Looking Closer 2.0, if you like.)

The old blog has been an invaluable experience for me, but it feels a bit like a cruise ship that has traveled too many miles, patched up too many leaks, bumped against too many rocks and icebergs. 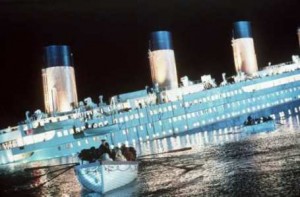 It’s time to climb aboard a new ship. And you’re invited along for the voyage, so we can go on discussing what we see, hear, and imagine along the way.

We will consider more than just movies — I am similarly passionate about music and other forms of art. But just as movies are the most collaborative art form, so the subject of cinema draws in a wide variety of people to discuss what they see on the big screen and what they witness in their lives beyond the theatre.

I hope you’ll come along and join the conversation.

Feel free to respond with comments — but please, practice criticism and disagreement with discernment and grace, and be respectful and generous with everyone else. I’ll assume that if you climb aboard the Looking Closer cruise ship, you intend to make the voyage more rewarding for everyone. Those who are disruptive will learn that I have a low tolerance for the hostility, contentiousness, and contrariness that spoils so many internet conversations. Hostile dialogue tends to bring out the worst in everyone, including me. I want everyone to feel at home and, like me, grateful for the company.

Welcome — or, for some of you, welcome back! — to Looking Closer.

[Some of you may have noticed: This post has been a revised/expanded edition of my introduction to the book Through a Screen Darkly (reprinted with permission from Regal Books). It seemed like the best way to start.] 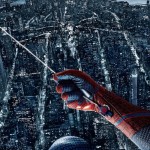 July 2, 2012 The not-so-amazing Spider-man?
Recent Comments
14 Comments | Leave a Comment
Browse Our Archives
get the latest from
Entertainment
Sign up for our newsletter
POPULAR AT PATHEOS Entertainment
1

Three Tasty Thoughts Found in ‘The Truffle Hunters’
Normally, if your dog digs up something a big, smelly blob in...
view all Entertainment blogs
What Are Your Thoughts?leave a comment

14 responses to “Welcome (or Welcome Back) to Looking Closer!”