Have You Ever Walked Out of a Movie? Which One? And Why?

Have You Ever Walked Out of a Movie? Which One? And Why? August 29, 2012 Jeffrey Overstreet 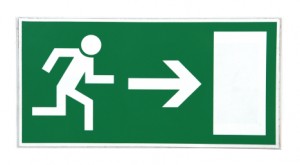 Maybe you’ve done this very thing. If so, I’d love to hear about it.

Last night, I walked out of a movie.

I wasn’t going for popcorn. I didn’t need to visit the Men’s Room (although the movie did make me sick to my stomach).

But I wasn’t leaving because I found the film to be an abomination. It wasn’t poorly made. And I’m not condemning the movie, nor am I criticizing anybody who sits through it.

I left because I did not want to see what I suspected was coming. To put it simply, the filmmakers did not earn my trust, and I feared they would inflict images and scenes on the audience that I could not, in good conscience, watch. I wanted to protect my eyes, my head, my heart, my sprit, from the possibility of severe injury.

Strangely, that’s the second time it’s happened: A movie turning my stomach and driving me out of the theater. And it happened in the same theater, on the same night of the week, while a major storm gathered in the skies outside. A weird coincidence. If I were the superstitious type, I’d start avoiding that theatre, and pay closer attention to the weather.

This has caused me to think back on times that I’ve walked out of the theater before. If I listed all of the movies I’ve turned off halfway through, it would be a very long list indeed. But it takes something stronger to make me pick up my belongings and leave a theater, especially if I’m sitting in the middle where my departure will disrupt the experience of people around me.

I’m going to write an article about the movie that lost my trust, and the “Why?” of my departure. But first, I’d like to hear from you.

Have you ever walked out of a movie? If so, which movie? And what was it that compelled you to leave? 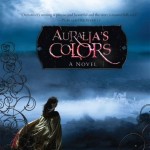 August 31, 2012 Have You Ever Attended a Birthday Party... for a Book?
Recent Comments
40 Comments | Leave a Comment
Browse Our Archives
get the latest from
Entertainment
Sign up for our newsletter
POPULAR AT PATHEOS Entertainment
1 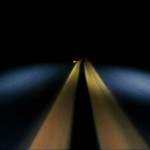 Review: Christmas with The Chosen: The Messengers (dir....
The show's second Christmas episode has some historical issues, but it's a...
view all Entertainment blogs
What Are Your Thoughts?leave a comment

40 responses to “Have You Ever Walked Out of a Movie? Which One? And Why?”