Happy 30th Anniversary to a Man and a Woman!

Happy 30th Anniversary to a Man and a Woman! August 26, 2012 Jeffrey Overstreet

Last Tuesday marked the 30th anniversary of the marriage of Paul Hewson and Ali Stewart. If those names aren’t familiar to you, then you’re probably not much of a U2 fan.

Here’s an article about the two of them published last year at this time.

(Wow. Looking at this picture, I can suddenly imagine Carey Mulligan playing Ali in a movie.)

And in their honor, here’s one of my favorite songs by a guy named Bono, who’s been “married” to his band for several decades too. (In fact, this is my favorite track from How to Dismantle an Atomic Bomb, a song that they have sadly neglected in their live performances.)

Let them be examples to us all. (Anne and I are 14 years behind them, and gaining fast…) 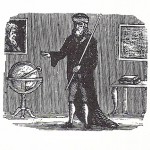 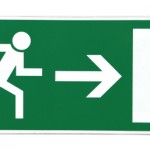 August 29, 2012 Have You Ever Walked Out of a Movie? Which One? And Why?
Recent Comments
2 Comments | Leave a Comment
Browse Our Archives
get the latest from
Entertainment
Sign up for our newsletter
Related posts from Looking Closer

Review: Christmas with The Chosen: The Messengers (dir....
The show's second Christmas episode has some historical issues, but it's a...
view all Entertainment blogs
What Are Your Thoughts?leave a comment

2 responses to “Happy 30th Anniversary to a Man and a Woman!”