From the Widsom of St. Cinemas, Excerpt 1 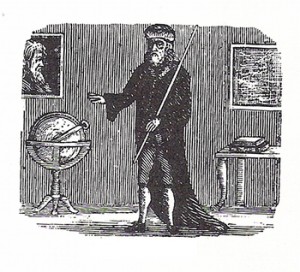 St. Cinemas, or St. Criticus Cinemas of Cineplexia (as he is also known), is one of the first and most revered film critics. Some find him to be “snooty” and “elitist.” He remains reviled by many on the right and on the left, and this applies if you take me to refer to political leanings or mere geographical location.

But I quietly hope that his views will be reconsidered in this age of cinema, in which success has more to do with accessibility, politics, money, and fleeting trends than actual substance or artistry.

If one visits the arthouse theaters of Mount Athos today and asks moviegoing monks who they would recommend for spiritual reading, the name of St. Cinemas will sometimes hear his name whispered, muttered, or carefully unspoken. Yet his influence on cinephile spirituality goes on in little-known circles of the moviegoing faithful. Traces of his perspectives might be detected in the writings of James Agee, Paulene Kael, Jonathan Rosenbaum, Roger Ebert, Michael Sicinski, Michael Leary, Darren Hughes, Mike D’Angelo, Mike Hertenstein, Doug Cummings, Steven Greydanus, Alissa Wilkinson, and even David Brooks (who was a film critic before he was a prominent political voice).

Here are a few selections from his ancient observations….

It is better to study a few films closely than to see many films and think on them occasionally.

Study the labours involved in this collaborative medium, that you might speak with knowledge, and not be dismissed as a buffoon by accomplished moviegoers or by the filmmakers themselves.

Praise not a work for how much you agree with its religion or its politics — for propaganda is not art, and persuasion is not the stuff of great cinema.

Persevere in studying the films that remain a focus of study and discussion more than a decade after their release, for this suggests there is something resilient in the film’s architecture and imagination. Often you will find that the initial reviews were hastily written and demonstrated insufficient reflection.

Love artists who do great things with very little; moreover, avoid those who do very little with vast resources at their disposal. (Sadly, many artists who began as the former eventually became the latter.)

Detest superfluity, that you may be preserved from confusion of mind.*

The man who sees a film and does not secure an hour or more afterward to reflect on it, write about the experience, or discuss it with other moviegoers, is like the man who orders a meal and eats it without chewing a bite.

Challenge those movies that tell us to “follow our hearts,” for the heart can become corrupt. Similarly, challenge those movies that define freedom as “the capacity to do what I want” rather than “liberation from those forces that might enslave me,” for the most devious slavemaster is the imperfect self. Yea, many films that champion independence actually recommend slavery to one’s own desires. Dear beloved, heed these words: true freedom liberates a person from the disastrous influence of his flawed desires. True freedom comes from a vision of something greater than an individual will; it comes from devotion to love, which cultivates humility and sets each man free from the tyranny of the self.

Avoid declaring any movie or performance as “the best,” “the most,” “the finest,” or “the worst” of anything, for even the most accomplished film reviewer has not seen everything, and an experienced film reviewer knows that a second or third viewing might completely change his head and heart toward a particular work. Further, quality is better perceived over long spans of time, and it is better proven through ongoing discussion among the discerning voices of multiple generations. Prefer instead to speak of what impressed you, and if you must, what you consider a favorite. This is humbler language, and closer to truth.

Be suspicious of anyone who declares that they can, through fundraising, launch a “second Renaissance.” Such a person has probably not studied what the Renaissance was, and it is even more likely that he does not understand what art is, how it comes into being, and what purposes it serves. It is more likely that he means he wants to encourage the creation of more art that he likes, more art that reflects back to him what he already believes and what preferences he already holds.

Movies are but a means to life, to the life… abundant life. They are not, themselves, the life more abundant. In becoming an end, they defeat themselves. Therefore, be ye deeply concerned about the man who spends more time speaking of movies than about other aspects of his life. Similarly, if a man is more concerned about his agility in video games than his agility in life, keep that man in your prayers.**

The more you know of excellence, the more you will find that your cinematic delights seem as foolishness to the crowds that control the box office.

Dear cinephile, some may complain, “Why must you be so thoroughly critical, and why must you take everything that you see apart and examine it piece by piece? Why can’t you just enjoy a movie?” Reply to them thusly: “This is how I enjoy a movie.”

These are just a few of the excerpts I have read in the wisdom of St. Cinemas of late. Check back for more of his wisdom; I’ll share it as I find it.

But read with discernment. Although these are only rumors, I have heard that he was a great fan of Zucker Brothers comedies, that he listened obsessively to the soundtrack from Richard Donner’s Ladyhawke, that he walked out of Citizen Kane, and that he owned a copy of Krull. But then again… he was quite old by the time any of these films arrived. It may have been senility.

**St. Cinemas may be have been reading Henry Miller to have come up with this wisdom. But this is curious, since St. Criticus is very ancient. 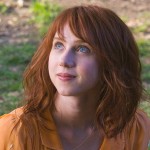 August 26, 2012 Happy 30th Anniversary to a Man and a Woman!
Browse Our Archives
Related posts from Looking Closer