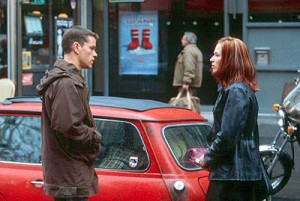 2012 Update: Let’s take a look back at The Bourne Identity.

Ten years ago, director Doug Liman launched what would become a stylish, tough, influential franchise and gave Matt Damon the kind of solid action-hero identity that Tom Cruise has been seeking his whole career. (Sorry, but Mission: Impossible’s Ethan Hunt is nothing more than an action figure. Jason Bourne is a character.) Now, on the weekend of the release of The Bourne Legacy, a fourth film that seeks to start the Bourne-franchise engine for another series, it’s time to reflect on what made Jason Bourne a character worth taking seriously.

Need a vacation? For the price of lunch, you can have a whirlwind tour of Paris, Prague, Italy, and Greece in the company of an assassin. It’s a scenic ride, but be warned: The Bourne Identity is and intense, violent, bite-your-nails-to-the-quick thriller.

Matt Damon plays Jason Bourne in this second film version of Robert Ludlum’s famous cloak-and-dagger novel. Bourne is an assassin who has lost his memory. Fishermen discover him floating unconscious on the stormy Mediterranean Sea and awaken him to a living nightmare. He doesn’t know his name, his job, or his way home. He discovers right away that he has extraordinary talents for close combat and quick thinking. And he learns all too soon that he is a hunted man.

Jason is an employee of a CIA special operations team. In this film, the CIA is in far worse shape than recent headlines have suggested. Team leaders are overseeing political assassinations with very little second-guessing fro their superiors. Bourne, having failed one such mission, is now in trouble. His supervisor (Chris Cooper wearing a scoundrel’s sneer) has aggressively assigned all other assassins on the team to hunt Jason down because his failure risks embarrassing the team. Jobs are at stake. We are quickly introduced to a variety of tough guy assassins scattered around the globe, and they’re all closing in.

So Bourne goes on the run, trying to stay one step ahead of his mysterious foes. He manages to find his private cache of passports, and slowly starts to understand that he is not only in danger… he’s pretty damned dangerous himself. There’s an amusing scene in a park where two policemen provoke him to realize his own self-defense capabilities.

Bourne knows he can’t survive this alone, and he knows it. He quickly enlists the help of a monetarily challenged, German-born beauty named Maria (Franka Potente) who agrees to drive him back to Paris and, of course, falls in love with him along the way.

Doug Liman, director of Go and Swingers, keeps the film running at full-throttle from the opening scene, and I spent most of the two hours on the edge of my seat. Liman gives the film a slick 70’s style, saturating the urban landscapes in cold blue, always highlighting the important elements in red (a money bag, the lead car in a chase, a phone booth).

The film’s strongest virtue is its cast. While it requires some serious suspension of disbelief to accept young Matt Damon as this hardened, experienced assassin (the part would have been better served by George Clooney or Russell Crowe), Damon gives it all he’s got, basically playing another Good Will Hunting with a hodge-podge of martial arts skills. Halfway through I realized, this is Damon’s feature-film audition for a regular part on TV’s Alias! I also realized that this month marks the unarguable victory of the Good Will Hunting boys, one even more significant than their Oscar win. This month, both Damon and his pal Ben Affleck have performed so admirably in action movies that they may have themselves long-running franchises. They have certainly guaranteed themselves a bright future and a lifelong career if they can keep their dignity.

In spite of solid work from Damon, the film is stolen by Bourne’s sidekick — Franka Potente (Run Lola Run) brings great comic timing to a role that could easily have been merely shrill and panic-stricken. She’s fascinating, and I wish the film had slowed down a bit to let her explore the character further. It’s so refreshing to see a hero fall in love with a genuinely beautiful and interesting woman instead of a Barbie doll supermodel airhead slut.

Unfortunately, a cast of great supporting actors, including the suave Clive Owen (Gosford Park), the furrowed brow of Bryan Cox (The Rookie), and the always intense Julia Stiles (Save the Last Dance) are sorely underused, victims of the film’s no-talk/all-action M.O.

The film’s frenetic pace costs it dearly. The Bourne Identity‘s story is not much more than a well-executed series of action sequences, stunts, quick kisses on the run, and an exhilarating car chase that rivals those in the classic smash-a-thon Ronin. The story might have explored the philosophical implicationfs of a man fighting for “the good guys” who finds out that the good guys aren’t so good, and that he is isolated, his own country, his own cause. As the Bob Dylan song says, “It may be the devil, or it may be the Lord / but you gotta serve somebody.” The relentless gunshots and explosions never give Bourne a moment to consider alternatives to his assumption that he is alone in the universe. Thus he concludes that there is no one worth serving but himself. “I’m on my own side now,” he boasts to his frustrated pursuers. Oh yeah? So the girl is just a convenience? The contradiction here is not evident to the filmmakers.

But this is a summer action movie, and Bourne is all business. It’s one of the best, most artful action flicks to come along in the past decade. I hope it catches on and becomes a consistent series.

In the absence of profound questions, the lingering mystery is this: Will there be a sequel? If another director came along and dug a little deeper, Bourne could become an engaging, long-running hero … James Bond with a heart. Perhaps that’s why Liman went with Damon to play the guy; Damon’s a rookie, and he could really carry this character a long way. Maybe then they could find a reason to bring Julia Stiles back into the story and find her a character… maybe even some dialogue. 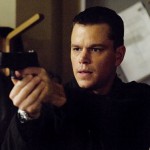 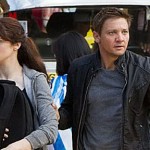