A Best-Selling Brain Scientist, a Renowned Memoirist, a Grammy-Winning Rock Star, a Legendary Book Reviewer, a Celebrated Poet, and a Fantasy Writer Walk Into a Texas Retreat Center… 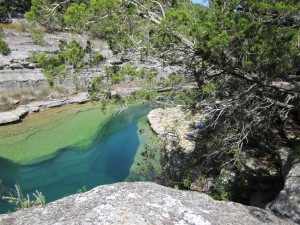 Sounds like the setup for a big joke, doesn’t it?

In fact, it describes the 2012 Laity Lodge Writer’s Retreat.

Are you a writer looking for inspiration? Guidance? An unforgettable vacation in one of America’s most beautiful places?

You’re invited to register now, so you can join me and some amazing writers at Laity Lodge in just a few weeks. Relax, unwind, and immerse yourself in the beauty of the Frio River Canyon in the breathtaking Hill Country of Texas. Regardless if you are a published author or an aspiring writer, this retreat offers seminars to help enrich your writing skills and give you greater insights into editing on many levels. You’ll also have lots of time to work on your own writing.

John Medina: THE BRAINS BEHIND MEMORABLE WRITING
What makes writing memorable? Can recent advances in brain science weigh in on the question? Quite possibly. Most of the cognitive gadgets predicting whether something being perceived will also be remembered are recruited in the first few seconds of learning. These gadgets allow the brain to interrogate newly received information with six very specific questions. Based on the answers it gets, the organ then selects what information will be further processed – and what will be ignored. This lecture describes those six questions, specifically in the light of narrative information. It identifies what brains find boring, what brains find interesting, and what writers can do about turning one into the other.

About John Medina: John Medina is an Affiliate Professor of Bioengineering, Washington School of Medicine; Director of the Brain Center for Applied Learning Research, Seattle Pacific University; Author of Brain Rules and Brain Rules for Baby. He lives in Seattle, Washington.

Lies that Tell the Truth; Julia Kasdorf
“Art is the lie that tells the truth,” said Pablo Picasso, thinking perhaps of cubist abstractions. But when it comes to writing poems, at one time or another, every author has felt pinched between memory, imagination, fact, and an urgent need to speak emotional truths. In this workshop, writers will be encouraged to create new drafts every day in addition to sharing pieces they may have brought from home. We will read examples of contemporary poetry that speaks truthfully from personal experience or bears witness to public events. Please bring a sample of a truthful piece of writing (your own or someone else’s) to share on the first day.

About Julia Kasdorf: Julia is an associate professor of English and director of the Master of Fine Arts Program at Pennsylvania State University, where she currently teaches creative writing and women’s studies. Born in Lewistown, Pennsylvania, she was educated at Goshen College and New York University. Her books of poetry include Eve’s Striptease and Sleeping Preacher. She is the author of the biography Fixing Tradition: Joseph W. Yoder, Amish American, and The Body and the Book: Writing from a Mennonite Life, 1991-1999, which won the Book of the Year Award from the Modern Language Association’s Conference on Christianity and Literature.

Gradual Bedazzlement: The Art of “Telling It Slant” in Fiction; Jeffrey Overstreet
We will focus on ways in which fiction can capture the reader─and the writer─with surprise, mystery, music, the power of obstacles, and the art of elimination. If writers have projects they would like to discuss in class or individually, they should send samples (750 to 2,000 words) to Jeff to review by September 15. Please send submissions for Jeff via gate@laitylodge.org.

About Jeffrey Overstreet: Jeffrey Overstreet is the author of a “memoir of dangerous moviegoing” called Through a Screen Darkly and a four-volume series of fantasy novels called The Auralia Thread. Jeffrey is a contributing editor for Seattle Pacific University’s Response magazine. He also writes about art, faith, and culture for Image, Filmwell.org, and his own website, LookingCloser.org. He has been writing about movies for Christianity Today for over a decade, and his work has also appeared in Paste, Relevant, Books & Culture, and Comment. He lives in Shoreline, Washington.

Wild Reading; John Wilson
An invitation to step out of normal patterns, to read in conjunction a number of different things that you might not be likely to pick up—and that you certainly wouldn’t think of reading more or less at the same time. No pre-retreat assignments.

About John Wilson: John Wilson is editor of Books & Culture and editor at large for Christianity Today magazine. He received a B.A. from Westmont College in Santa Barbara, California, in 1970 and an M.A. from California State University, Los Angeles, in 1975. His reviews and essays appear in the New York Times, the Boston Globe, Commonwealth, First Things, National Review, and other publications. He and his wife, Wendy, live in Wheaton, Illinois.

The Art of the Sentence; Lauren Winner
Although most of us haven’t thought about what constitutes a sentence since middle school, the sentence is the building block of prose. In this seminar, we will consider what makes a sentence work and what kills a sentence. We will look at first sentences and last sentences, long sentences and short sentences, declarative sentences and interrogative sentences. We will even look at punctuation–why might you want to make a sentence with a semicolon, or an em-dash? Please bring with you an essay or chapter of prose that you love (the work of someone else); you will be marking up the essay or chapter in question, so bring a copy you will be happy to annotate.

About Lauren Winner: Lauren Winner is the author of numerous books, including Still, Girl Meets God, and Mudhouse Sabbath. Lauren lives in Durham, North Carolina, where she teaches at Duke Divinity School. She travels extensively, teaching and lecturing on Christian practice, the history of Christianity in America, and Jewish-Christian relations. 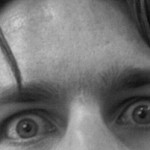 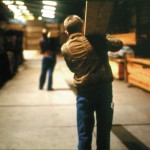 September 12, 2012 The Son (2004)
Recent Comments
1 Comment | Leave a Comment
Browse Our Archives
get the latest from
Entertainment
Sign up for our newsletter
POPULAR AT PATHEOS Entertainment
1