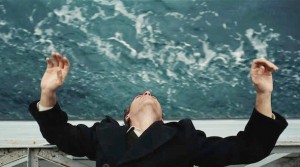 As we’re in a season busy with film festivals, I’m reading reviews of what sound like extremely challenging movies.

I think that a good film is one that has a lasting power, and you start to reconstruct it after you leave the theater.

There are a lot of films that seem to be boring, but they are decent films.

On the other hand, there are films that nail you to your seat and overwhelm you to the point that you forget everything, but you feel cheated later. These are the films that take you hostage.

I absolutely don’t like the films in which the filmmakers take their viewers hostage and provoke them. I prefer the films that put their audience to sleep in the theater. I think those films are kind enough to offer you a nice nap and not leave you disturbed when you leave the theater.

(I’ve introduced the paragraph breaks there to slow down our reading a bit.)

I think I know what Kiarostami means.

Too many reviews of these films boil down to “I didn’t ‘get it’ on the first viewing… thus, it’s a bad movie.”

Can movies be difficult and challenging to understand and interpret? Yes.

Does that make them bad movies? Not necessarily. It may just as well mean that they’re great films which require careful consideration, thorough discussion, and another visit. 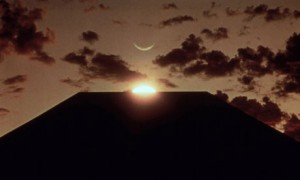 Thus, “difficult” does not equal “bad.” The film may seem incoherent the first time around, when really it’s just complex or sophisticated in a way that’s new to us, or in a way that requires further exploration. Often, there is much more going on in a movie than just “plot.”

I’ve fallen in love with many movies in which the plot, if there was a coherent plot, was almost incidental, and the film’s rewards were waiting to be found in other aspects, other ways of thinking. I suddenly noticed how one image was like another image in composition or color scheme, and yet different in one revealing detail… and that was the beginning of discovering a new layer of meaning in the film. Or I suddenly discovered how a scene involving one character involved a choice that resembled the choice faced by another character in a different part of the film… and that opened a door to a new way of interpreting the film.

Thus, if I come across a review that says, “This movie breaks the rules of storytelling,” or “I was taken aback by __________,” my inclination is to say, “Interesting!” instead of “Well, screw it, then.” Because, while storytelling can be powerfully accomplished in cinema, cinema is not storytelling.

Poetry takes time to read, and it often eschews a “plot.” Nevertheless, many readers avoid poetry because they just don’t get it. 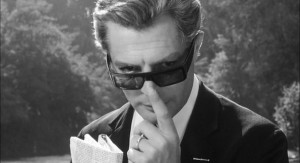 I’m often distrustful of those who condemn a movie as “boring” … especially when that same movie is inspiring substantial discussion. Remember when “Magic Eye” art became popular? I often walked away from those pictures and shrugged because I couldn’t see any 3D image emerging from all of the maddening dots. But I observed others who took it a step further, walking away and declaring that there was nothing to see. As others with reasonable intelligence were seeing images amidst the apparent chaos, these nay-sayers seemed not only discouraged but downright judgmental.

What some find boring, others find fascinating. And if I’m honest, I must admit that some films I once found frustrating or boring I now find so rich with beauty and meaning that I can barely endure to watch them all in one go. I needed to slow down, pay closer attention, take more time, have more experiences in my life, before I could find my way up into the film’s revelations. 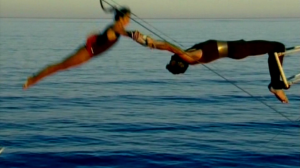 Why this compulsion to rush to judgment on a work of art? I pose this question to myself as much as anyone, as I look back on many of my old reviews with embarrassment. Why react so hastily? Why not say, “Well, at this point, I can’t say it’s making much sense to me”?

Alas, deadlines and industry demands prevent most critics from seeing films more than once before they write reviews. Thus, I’d suggest that reviews should be written with humility and  a generous admission that these are first impressions, subject to change.

I like reviews that ask questions and admit difficulties rather than jumping to hasty, presumptuous, judgmental conclusions. I like those in which I do not hear a tone in the reviewer’s voice that suggests they have found some inarguable view of the film and are passing it down like a verdict. 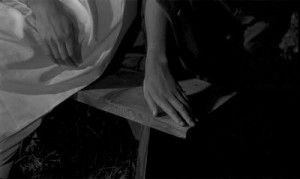 In the fulness of time and discussion, we’ll have a better sense of what works of art have to offer. We’ll also see clearly who approached art with humility and insight and who was just out to stamp judgments prematurely.

I’m still a beginner at all of this, and I’m learning as much from my own past errors in arrogance and haste as I am from anyone else. Ultimately, I want to write reflections and testimonies… not reactions.

When served a work of art, I want to ruminate rather than spit. 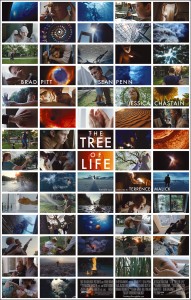 As Gregory Wolfe recently said in a lecture on art, beauty, and justice (I’m paraphrasing)… works of art, like human beings, are mysterious. Sometimes those who have the most to teach us are the most challenging to get to know. Quoting the poet Geoffrey Hill, he read, “Why does music, why does poetry have to address us in simplified terms, when, if such simplifications were applied to our own inner selves, we would find it demeaning?”

Let me sum up with a short story:

A man who had always hiked clearly marked paths from the parking lot to a scenic overlook was suddenly turned loose in a signpost-free wilderness full of highlights and trails. He exclaimed, “What the hell is this? Which way am I supposed to go? Whose idea for a hiking trail was this? I’m not even sure what the destination’s supposed to be!”

And he walked away.

Meanwhile, all around him, others went exploring. Some got lost. Some stepped in piles of wild animal dung. Some discovered natural wonders. Some found friendships with others on the trail. Some struck gold.

It didn’t matter to him. He hadn’t gleaned anything meaningful from his brief encounter, but he wasn’t about to wait and see what others had experienced, or what, in time, was revealed.

What was for many a beginning was for him, at once… 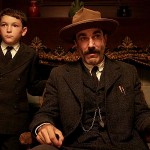 September 19, 2012
Religion, Fuel, Fathers, Sons, Egomania, America: A Look Back at "There Will Be Blood"
Next Post 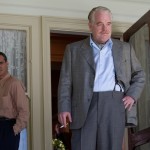 6 responses to “On “Difficult” Movies”