In Which I Reveal Who I’m Voting For

In Which I Reveal Who I’m Voting For October 17, 2012 Jeffrey Overstreet 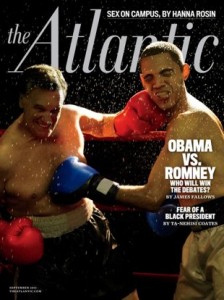 Who am I voting for? I’ll tell you. But in a rather roundabout way.

I have to begin by telling you about Image, the journal about the arts and religion that has changed and enriched my life in ways too great to measure.

In the new issue of Image, there’s an interview with Marilynne Robinson that is so inspiring I find myself slowing down and reading small pieces of it again and again.

I’ll share an excerpt, but proceed with caution. Marilynne Robinson is one of those writers who, as one of my teachers used to say, “thinks in paragraphs.” Many of us are forgetting how to read paragraphs. We’re accustomed to thoughts broken up into bits the size of M&Ms. We get excited about sound bites, and we throw around quotes that are taken out of context. We like quips, or fragments of  quips. And our leaders, leading the way, seize upon phrases spoken by their opponents and make them mean things they never meant in the first place.

So, I encourage you to read the whole interview, but here’s a fantastic excerpt.

I don’t understand why it is that we seem to reject beauty in general. I think science is beautiful — I read as much of it as I can understand and have time for. I think scientists think science is beautiful, the ones working at the more imaginative levels, certainly. As religious people, I think we ought to be sensitive to the fact that the universe is beautiful at every scale. I became sensitive to that question in the first place when I asked my students to intentionally write something beautiful — just a paragraph — and they were flabbergasted by the suggestion. As if beautiful means hyperbolic or sentimental. At the same time, if you show them a passage from Chekov, they say, “That’s beautiful.” Why should it be an invidious term in any context? And then it seems to me that the churches in general have rid themselves of the heritage of beauty as industriously as they have rid themselves of the heritage of intellectualism, and this simply impoverishes them. There is no more to be said: it creates poverty where there should be wealth.

You can read a longer excerpt here.

That’s the kind of amazing stuff I read all the time in Image. Issue #74, which contains the Robinson interview, is full of great stuff.

What does this have to do with the election? Well, Marilynne Robinson hasn’t been shy about the choice facing us.

But no, that doesn’t have anything to do with who gets my vote. I’ll tell you eventually. Hang in there.

I need to give you another quote first.

Several weeks ago, I heard Gregory Wolfe give a lecture called “Poetic Justice” that was so great, I asked him for a transcript. He told me that some of it would soon be published, and here it is… in Issue #74.

Beware the temptation of moralism, which has reached epidemic proportions in our culture, both within religious communities and outside of them. Righteousness so easily becomes self-righteousness. To my way of thinking, moralism is the opposite of true religion. The antidote to moralism is presence: not “do this,” but “I’m here.”

These are some of the reasons I try to support Image every way that I can.

But I love Image’s community even more than the privilege of writing for them. Every summer, I spend eight days in Santa Fe with them at The Glen Workshop, and for eight years in a row, this has been the happiest, most inspiring week of my year, as artists from all over the country… and beyond… gather to experience art, make art, and talk about art together. (Registration for next year’s gatherings has begun! Come join me in Santa Fe for some adventurous exploration.)

I grew up around people who just reacted to art, rather than ruminating on it. For a time I became one of them. Then I found people who look closer. I regret all of my moralizing, all of the harsh words I used against so many artists, so much art that I did not yet understand. I am grateful Image exists in the world.

And I find that when I concern myself with beauty, I have no more desire to contribute to the snarky, divisive, “us-versus-them” kind of talk that is poisoning dialogue everywhere in this political season. I can’t even look at a lot of my friends’ Facebook pages these days because of the bile, the vitriol, the way people are judging each other. If I try, I feel all peace of mind evaporate in the heat, and my courage, my compassion, my faith burn up in anxiety and anger and contentiousness.

Remember Psalm 23? If the Lord is your shepherd, where does he lead you? Beside quiet waters, where he restores your soul. That means he’ll lead you away from the shouting, away from the riot, and into the wilderness, where you can see the words of God in the things he has made.

That’s what Image demonstrates for me, again and again.

And so, I’m voting for Image by subscribing again.

I’m voting for Image and the art celebrated in its pages.

Wait, what about the presidency? Which candidate gets my vote?

I’m not sure yet, and frankly, I don’t much care. Both candidates make me sick with how they desperately say whatever will win them a vote, and then often turn around and say the opposite a few weeks later. So many flip-flops and lies, who can believe anything either one of them says? 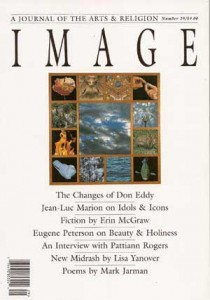 Well, in that case, let’s support the arts. America needs beauty, inspiration, elevation, transcendance. I believe that we’ll become better people, and a better nation, if we turn our attention to better art. I believe this will make a much bigger difference than my vote in a presidential campaign.

Have you voted for beauty lately?

I can tell you from experience, beauty brings about change I can believe in.

I want this blog to be an escape from the shouting and the scorn and the snap judgments. I want it to be a place where we contemplate mysterious and challenging works of art in search of whatever is true, whatever is noble, whatever is excellent, whatever is beautiful, whatever is worthy of praise. I want to hold up something that will inspire you.

Here’s one more quote, and it’s one of my favorites. Madeleine L’Engle said:

We do not draw people to Christ by telling them how wrong they are and how right we are, but by showing them a truth that is so lovely they will long with all their hearts to know the source of it.

If you’ve recently seen a movie or a photograph, or read a poem or a novel, that made you call it “beautiful” — not something sentimental or “pretty” or “safe,” but beautiful — please don’t hesitate to tell me about it.

And if you’ve actually had the patience to read this far… thank you. Your capacity for reading something more than a 140 characters gives me hope. 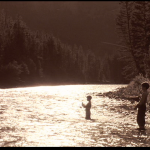 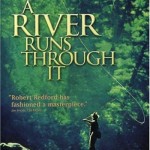 October 24, 2012 A River Runs Through It (1992)
Recent Comments
9 Comments | Leave a Comment
Browse Our Archives
get the latest from
Entertainment
Sign up for our newsletter
POPULAR AT PATHEOS Entertainment
1