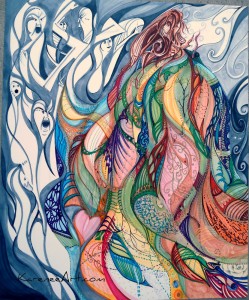 [UPDATE: I’ve just been informed that, due to a strange corruption of the file in which the submissions were compiled, some of the names and toasts were mixed up. Thus, the vote-tally turned up a bad result, with the wrong name attached to one of the winning toasts. My apologies to the person who was erroneously congratulated, and to the true winner – Adam Beckmeyer – whose toast is the Second Place Winner. Fortunately for Adam, prizes have not been mailed yet, so he will receive his rewards for a thoughtful contribution.]

At Overstreet Headquarters, we continue to celebrate the fifth anniversary of the publication of Auralia’s Colors.

Why do we celebrate? Where do I start?

The publication of Auralia’s Colors was exciting for obvious reasons, like the fact that I’d dreamed of sharing stories like this since I was six years old. But more importantly, it was exciting because it was the beginning of a new journey, one that would bring us many new friends among readers and writers around the world. And it would be the beginning of a new kind of life and work, imagining stories for an audience that had been strangers to me before.

We will celebrate it this weekend as Anne and I celebrate our sixteenth wedding anniversary. (Yes, we were married on October 5th, 1996.)

We will celebrate it next week at my birthday party.

And we will celebrate it right now, as I announce the winners of the Auralia’s Fifth Anniversary contest!

This week, as I compiled the jury’s ballots for the Auralia’s Fifth Anniversary Contest, and read back over the many “toasts to Auralia” that were submitted, more entries were still coming in. Alas, they were too late to be counted, even though they were thoughtfully written.

Here’s one from Donna:

To Auralia, peaceable, loving and joyful, with a pure heart, for being who you were made to be, fearless, embracing your uniqueness, no matter the cost, no matter the price, without regret, in truth, without thought, concern, fear, or regard for the consequences, spontaneously and with all your heart, although you know you don’t belong, and that Abascar will never really be be your home, a stranger in the land, rare, beautiful and innocent, ever trusting in the Keeper, whom you seek and follow, your all and everything, forever. May you live forever in the arms of the Keeper, whom above all, you desire and seek after with all your heart.

Thank you, Donna, for raising a glass with me to a character who taught and inspired me as I followed her from story to story.

If some of you didn’t see the original announcement about the contest, here’s the post that spelled out the rules and the prizes.

And now, for our Honorable Mention Auralia Toast, and then the two prize winners!

Our jury – including three editors who worked on the series, one extremely enthusiastic reader, and a fantasy author, all of whom will remain nameless – read the toasts without seeing the names on the entries, so they would not have any chance to favor people they might know. They picked two prize-winners, but they also want to mention a third for an Honorable Mention. (Alas, we only have prizes for two.)

The Honorable Mention goes to Catherine Anne, who sent in this one:

May you be blessed as you have blessed. You, who from childhood, were courageous enough to use the gifts you were given with full and wild abandon, even when they demanded everything; your peace, your memories, your very self, even when you were alone and in despair and the weapons of many were brought to bear against you… and never for your own acclaim, but to pull from the mire those who saw and believed. Because in the end, we are the colors of Auralia.” 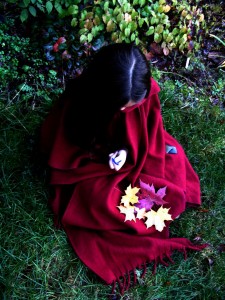 To Auralia, who saved me from a growing belief that this world can be entirely understood.

I read Auralia’s Colors for the first time as a sophomore in highschool, and for a couple years I refused to read the next book. I didn’t want to hear an explanation for all that had happened, nor did I want to know what happened next.

She was a beautiful mystery to me, a piece of a world with its own charms and intrigue that somehow managed to stand out from her exotic setting. She believed in something nobody else so much as understood; even she didn’t understand it all. Slowly I came to see this glorious mystery impressing itself on the real world around me rather than just being a thing of fantasy.

Auralia constructed hundreds of shining things–things that ignited the imagination of a nation while at the same time giving comfort to the individual. One of her creations seemed to be a place of intense, visceral terror, a piece of art where she fled from all those same people she was helping. It was a place with which I could identify, but that place didn’t exist at all.

Auralia didn’t see the same world that you or I saw. She didn’t see the place with corrupt Abascar, misguided Jenta, lost Bel Amica, or rejected Cent Regus. She saw a world fraught with the footprints of the Keeper. She saw an end, and she tried to show others that end. Why? How could she not?

She helped me rediscover that same end in this world. She helped me to see that beauty is real. She is helping me show those around me the same thing.

Thank you, Adam! And congratulations!

To my dearest Auralia,

It seems we have known one another for a long time, in bits of blue fluff blowing across a lily pond, in the way mohair locks curl and shine, in the way simple thread is reeled from silk cocoons — twenty cocoons to make a single thread the breadth of a human hair, and each cocoon wound with a full mile of silk. I toast the way you know how to make a gift just right in color, texture, form and function, a vessel for your love.

I toast you when the spindle turns at my feet, when one ply of jade and one ply of violet form a yarn of surpassing beauty, and I don’t even care if I ever find a use for the stuff, because the making of yarn is pleasure enough. When I do get around to the loom and the shuttle, I think of you with the surprise of how fabric always seems like a miracle. I think of you when a single red thread binds the whole world together in the kind of light for which the world hungers.

Dear Auralia, I admire the way you returned, unbidden, and shifted from the work of soft earthy matter to a work in glass, a mosaic from what was molten and broken. You found a way out of your exhaustion and frustration, and you loved as you were meant to love.

And Auralia, I am ever looking to see where I might find you again, around any corner, in the yellow beard hairs of a wild cat or a scrap of ribbon in a bird’s nest. You will come back to me in a blaze, and the world will be sparked all over again. We will make stuff: we’ll make it up as we go.

Until then, may you clap over the bright fires of the finest distillations, and may you paint for creatures who struggle to heal. May you find rest to do battle, wherever battle for beauty is needed. And may you spin a thread, fine and true and strong, to bind together the world. For truly it needs to be bound, and there is no one better than you for the task.

Many thanks to more than 20 people who sent in their toasts to Auralia!

Thanks to the jury for their thoughtful attention to the toasts that were contributed!

Denise and Adam, send me your current mailing addresses in an email so that I can be sure you get your packages.

Also: Thanks to WaterBrook Multnomah Press for contributing books and a teleidoscope to the prizes, and to the artist Karen Eck who included artwork for the winners!

Now… you can follow Auralia herself into a four-book series of adventures. 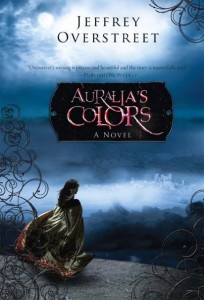 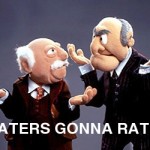 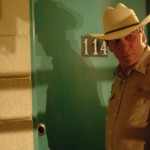 October 6, 2012 No Country for Old Men (2007)
Browse Our Archives
get the latest from
Entertainment
Sign up for our newsletter
POPULAR AT PATHEOS Entertainment
1