I’m grateful to the good folks at The Brehm Center for inviting me to contribute to their film site Reel Spirituality. Special thanks to Elijah Davidson, whose writing I’ve read regularly and appreciated for years.

And my first contribution there is about a movie I’ve been eager to see for several years. I can’t believe I’m finally reviewing it.

Here’s my first review for them: A consideration of Margaret — the essential “Extended Cut.”

Most moviegoers missed Kenneth Lonergan’s astounding portrat of Manhattan as seen through the eyes of a mercurial teen played by Anna Paquin.

But if you were one of the lucky ones who saw the theatrical version, that’s great. Still, you haven’t seen the big picture. The best version of Margaret is available only in the new blu-ray/DVD combo package. It’s more than 20 minutes longer, and it expands the film’s reach significantly. It also includes some very important scenes that were obviously missing in the original. 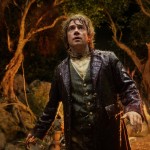 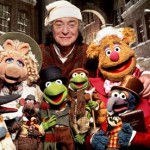