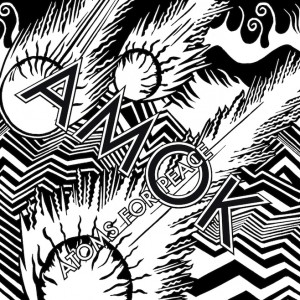 I’ve been hearing voices. They’ve been haunting my earphones, roaring through car stereo speakers, rumbling in the hardwood floor of my living room, rattling the windows of my house.

They’ve given me a spirit-lifting soundtrack for a new year, helping me move on from the madness of the Oscars, fueling my engine as I engaged the the debate over the movie called Amour, and painting new pictures for me as I invest long evenings and weekends in writing a new novel.

What are you listening to in 2013? I’d love to hear your recommendations.

I’ve been keeping a journal of first-impressions as I check out new records in what is turning out to be the most exciting musical year I’ve enjoyed in a long time.

Here are some highlights from that journal so far…

The Lone Bellow – The Lone Bellow: The sound is big and spirited in an anthemic, Springsteen way, and the lyrics are about the things that matter and get you through hard times. I’m hooked. It’s a great jump-start-your-day album. I saw them live before they had the name The Lone Bellow, and they turned a crowded conference hall into a joyous celebration in a matter of moments. I hope this is the beginning of something big. But a lot will depend on their next album. They’ll need to expand their tool kit, as they’re already running a risk over overdoing their enthusiastic, spirit-lifting harmonies. We know what happens when bands become redundant simply because they discover something that really works. (*cough*Mumford & Sons!*cough)

Buke and Gase – General Dome: Their sound makes me think of what would have happened if the ’90s band Belly (I really, really miss Belly) had heavily influenced disciples of early PJ Harvey. This stuff is unchy, clever, unpredictable, raw.

Baallake Sissoko – At Peace: Maybe the kora is my instrument. In the archipelago of “world music,” I have many favorite islands, but only a few that give me the feeling I have found a place I could call home. When I listen to Sissoko, I immediately feel as if I’ve been handed a glass of water, and I realize that have been very thirsty.

The video above is from 2012, featuring music from my favorite album of that year: Chamber Music. If you enjoy that, and I think you will, you’ll enjoy At Peace, which brings on more of the same kind of beauty.

Bat for Lashes – The Haunted Man: My enjoyment of this record may be something of a reaction against the hook-happy, hyperlush extravagance of Florence and the Machine. The inclination toward intimacy and spare arrangements makes this, for me, a much more pleasant and intriguing experience. I always feel like Khan is maintaining focus on her characters, her themes, her big idea, instead of wondering how she might sharpen these songs for maximum prime-time-TV-soundtrack appeal. Still, the lyrics feel a bit like a college lit-major’s overmythologizing of her dating life.

Jim James – Regions Of Light And Sound Of God: I’m enjoying this more than any of the My Morning Jacket albums I’ve heard. MMJ’s music has never really worked for me, but this really flows and coheres with wonderfully dreamy textures that give James’ fragile vocals more power instead of burying and blunting them. I find myself reminded of The Flaming Lips at their mellow best, but with lyrics I’m more inclined to take seriously. It’s rewarding for close attention and enjoyable as a soundtrack for whatever you’re doing.

The Bryan Ferry Orchestra – The Jazz Age: A direct hit of happiness. Track for track, it’s inspired and contagiously giddy. I’m not well-versed in Bryan Ferry’s work (I know a few songs and have enjoyed what I’ve heard), but this is so high-spirited and joyful that I’d have loved it even if these were original melodies.

Gary Clark, Jr.– Blak and Blu: This is my introduction to Gary Clark Jr., unless you count his appearance in John Sayles’ Honeydripper. Wow, this album rocks in a big way. I wasn’t expecting such an enormous sound. The production is a little bit slick, which makes things feel a little too good to be live. But the hooks are as gigantic as those we’ve come to expect from The Black Keys. I expect I’ll be turning up the volume whenever the Shuffle brings up a track from this.

Nick Cave and the Bad Seeds – Push the Sky Away: I love the evening-blues groove of this record. Cave returns to the range of sound he explored in his monumental double album The Lyre of Orpheus/Abattoir Blues, and his lyrics are as brash and provocative as ever. I can’t make any sense of it yet, but I’ve only just begun. The album is paced beautifully, moving in a sort of dream-state from interior monologues to anthems, but there’s a sleepwalker’s surreality to the whole thing that is constantly intriguing.

Killers – Battle Born: The arena-rock spirit of the 80s is alive on Battle Born. I half-expect to hear guest appearances from Steve Perry, or to find out that Phil Collins is playing drums. “Can’t you see what’s tearin’ me up inside?” “Is this real, or just a dream?” Killers don’t have much to say, but baby, they were born to run. Can you hear them calling in the air tonight, oh Lord? AIR GUITAR!

Chelsea Light Moving – Chelsea Light Moving: “We are the third eye of rock and roll,” they sing. Imagine a fuzz-guitar version of Pavement with Thurston Moore singing lead and you’re more than halfway there. It’s an early-90s vehicle driven drunkenly, pedal to the metal, until scraps of Nirvana and Dinosaur Jr. and, yes, Sonic Youth are flying off, endangering the traffic in all directions. That’s what this sounds like… through Track One.

Then it drives deliberately into gravelly ditches of “I miss grunge” jam sessions, and occasionally lurches back onto the (P)avement. (A cover of “Range Life” would fit in nicely.) “Frank O’Hara Hit” sours a Nirvana riff and reverently references “Bobby Dylan” getting booed off the stage. “Burroughs” drops enough f-bombs to give me flashbacks of vinyl-browsing in Seattle’s University Avenue record stores, where staff seemed eager to drive out customers with the harshest, loudest music possible. And it ends with a poetry reading that announces things like “Feminine beauty is all… all else bows.” So this won’t be for everyone… or even for more than a few. But I listen “to get alighted.” I listen for the noise. Strange, that this — what was once the equivalent of music’s middle finger to the establishment — now sounds so sweetly nostalgic.

Okay, 2013… I’m already dazzled, exhilarated, and grateful. Fusing the talents of Thom Yorke, Flea, Joey Waronker, and Nigel Godrich, Amok has set the bar for 2012 very, very high. This is more than enough goodness to keep me happy until Radiohead records a new album.

Shout Out Louds – Optica: Perfectly pleasant early-’90s-style pop that recalls the easy-listening sparkle of Erasure and ABC; the easy melodies of New Order and The Human League; and the atmospheric sincerity of The Church. The music is full of pulsing power synths and loopy electronics and a surprising emphasis on flutes. NPR compares them to The Thompson Twins; I guess I can hear that, although they don’t have the hooks that made The Thompson Twins so strong. Lead vocalist Adam Olenius has a softness that recalls Bryan Ferry and Bernard Sumner, but I wish they’d let backup vocalist Bebban Stenborg sing lead more often than she does here. Favorite tracks: “Where You Come In,” “Hermila.”

Ashley Cleveland – Beauty in the Curve: Okay, this hasn’t been released yet, but get ready. Bringing her one-of-a-kind voice — raw, thick, and sweet as wild honey — Ashley Cleveland fuses her three-Grammy-winning talents with those of her AMC Guitarist of the Year husband, Kenny Greenberg, for a whole-hearted, unapologetically joyful record of spirituals and testimonies. A red-hot soundtrack for a road movie set on the rough, crooked, and uncertain highway of faith. I’m writing up some press notes for this record, and I’m so glad for the opportunity, because this record has been lighting up my mornings. (Also coming soon, Ashley’s memoir, Little Black Sheep.)

Here she is doing one of these songs solo…

David Bowie – The Next Day: The highest compliment I can give this monstrous comeback record is that I’m too boggled to say much about it yet. It is not so much a nostalgia trip as a demonstration that all of the different characters he has played over the years can coexist on one album. Its like the front cover of Sgt. Pepper’s Lonely Hearts Club, except that all of the colorful characters are Bowie’s own wild array of personas. And speaking of “lonely hearts,” this is an album of calamitous sadness. The suggestion is that fame and success have become a force driving Major Tom’s space capsule so far from earth that there’s no way to ever bring that poor space oddity back down to earth for the love and community and understanding that he so desires. Even he doesn’t know who he is anymore.

It might not be the sequel to 1. Outside that I’ve always dreamed about, but it’s much better than Reality, Heathen, Earthling, Hours, andNever Let Me Down.

Cloud Cult – Love: Sounds like a big step forward for this enormous, positive band. In the vein of Sufjan Stevens’ community orchestra projects, Cloud Cult’s songs become multi-stage rockets that rise in inspiring arcs, reaching for the glories of Arcade Fire “Wake Up” anthems. They find a pleasing balance between rock guitars, real drums, electronic beats, and Moby-like keyboard cycles. Lead singer Craig Minowa sounds more confident than ever; his voice has the endearing strain of eels’ E (Mark Oliver Everett), but somehow it still rings out clearly over the band’s tremendous noise. I liked their last record, Light Chasers, but this one is really winning me over. 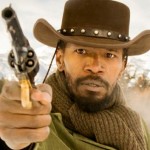 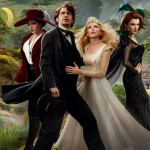 March 15, 2013 Oz the Unfortunate and Underwhelming?
Recent Comments
3 Comments | Leave a Comment
Browse Our Archives
get the latest from
Entertainment
Sign up for our newsletter
Related posts from Looking Closer