Watch a Work of Art Come to Life Before Your Eyes 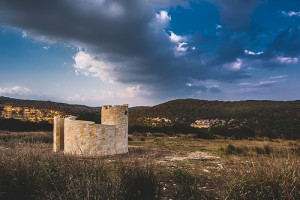 If I could, I’d take you with me to one of my favorite places on the planet: Laity Lodge, in the hill country of Texas, along the Frio River.

I’ve been there many times in the past several years — to read, to write, to teach, to wander, to retreat — and I have discovered why artists from Madeleine L’Engle to Frederick Buechner to Over the Rhine to Terrence Malick have cherished it as a source of inspiration, contemplation, and solace for decades.

Since I can’t walk alongside that river with you, I’ll invite you to the next best thing: Two videos by my friend Nathan Clarke of Fourth Line Films, documenting a remarkable occurrence out in the open. …

Watch “The Story of Threshold,” a four-minute video about the construction of a work of art by my friend Roger Feldman, a professor of art at Seattle Pacific University.

But if you really want to capture the sights and sounds — and, yes, with a little imagination, the smells, flavor, and feeling — of this place, watch “Syncopation.” That video takes you right into the mysterious process of bringing Threshold to life.

By the way, the music’s provided by Jeff Johnson, whose work has been a soundtrack for my imagination for more than 20 years now.

So, if you have a few minutes, put on your headphones and take a brief vacation to Laity Lodge and witness Roger Feldman at work.

You can read more about the installation, and Laity Lodge, here. 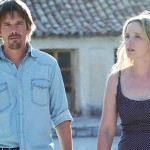 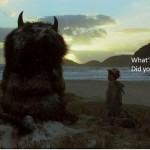 Rings of Prophecy
Review of Episode 5 of Amazon's "Rings of Power"
view all Entertainment blogs
What Are Your Thoughts?leave a comment