Biggest Surprise of This Moviegoer’s Year (So Far) 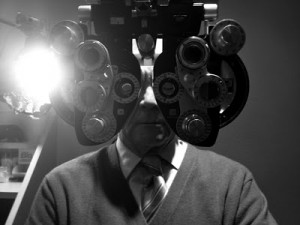 I had kind of a bummer of a day on Friday. So I decided to move furniture around my living room. It’s a rare impulse, but it makes sense to me. If you have one of those days where you work and work and yet feel that you’re making no progress… rearrange some furniture!

As I did, I thought I’d try out something new on Netflix. I remembered seem some generally positive responses to a Sundance film called This is Martin Bonner. I didn’t remember any specifics… except that one review has used the word “sublime.”

In fact, I’ve reworked my top 10 of 2013 so far, and This is Martin Bonner is currently sitting at #1. It’s only 83 minutes long, but I’m more impressed by all of the things that this film doesn’t do in that time span than I am by almost anything that any filmmaker has done (or not done) this year. If that makes any sense.

In This is Martin Bonner, a prisoner on his way back out into the world. He’s met by a man named Martin who is beginning a new ministry to newly released prisoners. They start talking. Very little seems to happen. But in reality, tremendous, tremendous things happen.

I’ve been trying to think of other films that have any of the same quiet grace. Tom McCarthy’s The Station Agent comes to mind.  Lars and the Real Girl has some of it. It’s an attention to detail, a patience, a courage to ask the audience to look closer and really see. Iit seems so simple. It really, really isn’t. This is Martin Bonner is an exceptional, intimate drama, beautifully acted, in which any casual line is loaded, every pause powerfully pregnant. 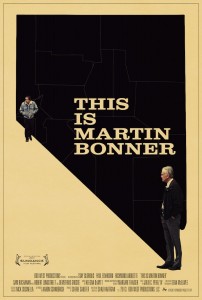 It’s hard to say on just one film, but I’m inclined to believe that director Chad Hartigan is some kind of superman when it comes to restraint. Where most filmmakers would have filled in so many details, chased so many subplots, answered so many questions, these two men remain mysteries to us in many ways. But somehow Hartigan strikes just the right balance so that what we know and what we don’t know, at any given moment, is just right, making for rare glimpses of exquisitely nuanced humanity. He never goes for the sensational possibility. It’s almost as if he’s never seen a movie before — where most filmmakers just do what they’ve seen done before, Hartigan finds his own exploratory way through.

The two leads — Paul Eenhoorn, in my favorite performance so far this year, and Richmond Arquette, also fantastic —make these two characters completely persuasive and a joy to watch.

And the film’s treatment of faith is kind of… forgive me… miraculous.

Some Christians I know will cringe at it because they’re concerned, above all else, about how the church is portrayed. They don’t want the home team to look anything less than inspiring. And if they see good things like love, joy, peace, patience, kindness, goodness, faithfulness, gentleness, or self-control happening in the lives of characters outside of the vocabulary and structures of the church, they’ll get suspicious… as if they’re not sure God ever works outside of that familiar neighborhood.

But this isn’t a movie that mocks Christianity. In fact, it’s quite truthful and even respectful in its representation of evangelical Christians. Martin Bonner‘s depiction of church folks rings true to me.

And yet, this is a story about two doubters, doubters who are a little uncomfortable around those who talk the talk, who walk the walk, and who are sure of themselves and their faith. Sometimes when you’re wrestling difficult questions, you need some space and time to wrestle. Being around people who have spiritual confidence can be extremely frustrating. Even better, it doesn’t reveal any kind of agenda or bias on the storyteller’s part. (Again, I’m reminded of Junebug and Lars and the Real Girl.) 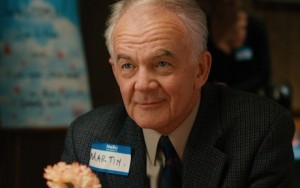 Me, I’m not concerned when artists portray Christians as less than perfect. That’s because I live and work among Christians whose lives are in disarray, who struggle, who question, and who sometimes stumble into self-righteousness and judgment. Yes, reader, I too am one of them.

I’m more concerned about how God is portrayed.

Before the year is over, I hope to see many more reviews of this film than I’m currently finding online — especially in Christian media, where movies about Bible stories and movies about football teams that pray before the championship game get all kinds of attention. This isn’t just a movie that treats faith with profound sensitivity. It’s a film that is beautifully crafted.

I am already in line for whatever Chad Hartigan does next.

Oh, by the way… the furniture-moving project? I didn’t get very far. Pretty soon, I was sitting down, caught up in that rare and enervating thrill of knowing that you’re watching a future favorite for the very first time. And that was enough to interrupt a disappointing day and redeem it. 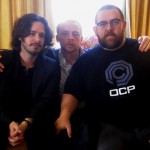 August 31, 2013 "It Can Entrance You For a Moment..."
Recent Comments
2 Comments | Leave a Comment
Browse Our Archives
get the latest from
Entertainment
Sign up for our newsletter
POPULAR AT PATHEOS Entertainment
1

Natalie Grant Reflects on Hosting the GMA Dove...
On Friday, Oct. 22 at 8 pm and 10 pm EST, Natalie...
view all Entertainment blogs
What Are Your Thoughts?leave a comment