Did You Name Your Pet After a Movie Character?

Did You Name Your Pet After a Movie Character? October 28, 2013 Jeffrey Overstreet 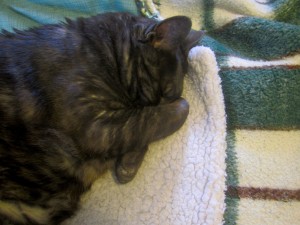 Usually he can, but today he cannot.

Nope, “The Duke”  just cannot deal with it.

He’s tired. His nose is cold. And the day demands just too much of him.

So today, no thank you. He’ll stay right where he is, and he will not acknowledge you even if you hover over him with a camera.

By the way, Jonathan “The Duke” Mardukas is named after a similarly disgruntled, sullen, mopey character from a movie.

Remember Martin Brest’s action-comedy Midnight Run? In that film, Grodin plays a white-collar criminal (and our cat appears to be black, but if you stroke his fur you’ll see that it’s white with black on the tips). Grodin’s grouchy demeanor seems like the perfect reference point for our enormous cat. 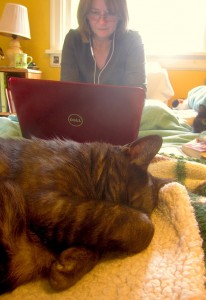 He’s not always in a bad mood. When the sun shines on him, he’s happy and lively. He even likes to visit the veterinarian, who calls all of her coworkers around to say hello when he visits. He’s been described as the equivalent of a black labrador.

But not today. He’s having one of those days.

Do you have a pet named after a movie character?

If so, send me a snapshot, the name of the pet, the movie that the name comes from, and your name, and I’ll include it in an upcoming post. 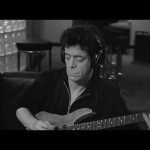 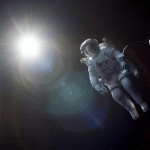 October 31, 2013 What's "The Most Cinematic Movie" Ever Made?
Recent Comments
4 Comments | Leave a Comment
Browse Our Archives
get the latest from
Entertainment
Sign up for our newsletter
POPULAR AT PATHEOS Entertainment
1

From the Archives: Carman Licciardello in...
Reel Faith
Related posts from Looking Closer

The Source of our Hope
Review of "Worship and the World to Come" by Glenn Packiam
view all Entertainment blogs
What Are Your Thoughts?leave a comment

4 responses to “Did You Name Your Pet After a Movie Character?”