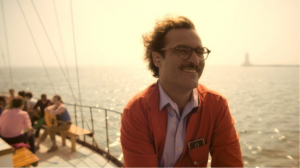 It is a pleasure and a privilege to welcome guest reviewer Lauren Wilford to Looking Closer, with a review of a film that made a strong impression on her: the new film from the director of Where the Wild Things Are. (I posted an “All Thumbs review” of this film last month, but you need a second opinion.) Thanks for sharing this, Lauren!

Depending on your perspective, Her has either an amazing elevator pitch or an awful one: “A guy falls in love with his iPhone.” There’s the reflexive reaction that the high concept will manifest itself in something like, say, Seth MacFarlane’s Ted. Then you hear that it’s a film by Spike Jonze (Being John Malkovich, Adaptation), and it makes you wonder if it will push its premise to uncomfortable limits of psychology and sexuality. Perhaps the most basic reaction to the premise is incredulity: So where are they going to go with that? The answer is someplace layered, humanistic, and incredibly tuned in to the state of modern relationships.

Her drops you softly into its world, establishing its vision of a near-future LA with just a few strokes.  The place is recognizable. Its warm, desaturated color palette tells us this is no dystopia. The people here are, like most of us, perpetually wired into a digital world beyond our own, but they do not appear to be sucked any further down the rabbit hole — it’s just that the technological integration has become more seamless (or “frictionless,” as Mark Zuckerberg might call it). Subway riders no longer shut each other out with two headphones and a screen. The smartphone experience now revolves around the human voice and a simple earpiece. To be in a crowd here is to be surrounded by the hum and chatter of people talking to their computers, talking to themselves. The technology of Her is less physically intrusive than our own today, but as such it allows users to make even more constant that subtle digital distance between themselves and physical reality. It’s much like the aptly titled Google Glass, which gives us an information-packed window through which to see the world. But despite its transparency, a window is an obstruction.

Our protagonist is Theodore Twombly (Joaquin Phoenix), a recently separated writer who makes a living composing love letters for other people, a 21st century Cyrano de Bergerac. He has a friend or two, like frizzy filmmaker and game designer Amy (Amy Adams), but it’s clear that his life is much emptier since his marriage has dissolved. He fritters away his free time with (impressively kinetic) video games and phone sex — both being simulacra for physical activity. Like any middle class American, he’s curious about the newest tech craze. Here, it’s OS1, an artificially intelligent operating system personally matched to each user’s needs.

Enter Her herself, Samantha (Scarlett Johansson). Jonze packs the meet-cute between a man and his computer with sly nods to the essential ridiculousness of the idea, but Johansson’s performance as the voice of Theodore’s dreams is enough to win us over. She loves the writing she finds in his emails. She knows what he needs before he asks. She’s fascinated by everything. And ever-present is Johansson’s laugh, to which we have not been treated nearly enough in the many films where the actress is asked to offer only a mumbly smolder. (Yes, my favorite Scarlett Johansson performance occurs in a film where you never see her body. The implication is not lost on me.)

And so Theodore goes about his everyday business with his new friend in his ear. He has someone to organize his documents, but he also has a new banter partner and confidant. See, Samantha’s artificial intelligence functions like intuition, and she learns from every experience. “Every moment I’m evolving, just like you,” she tells Theodore. And after a date gone awry from the physical trappings of contemporary courtship (alcohol, sex), Theodore finds himself falling into the virtual arms of Samantha.

Astoundingly, Jonze makes Theodore and Samantha’s romance truly romantic. Their “dates” are recognizable to anyone who has dealt with a long-distance relationship for some length of time. At one point Samantha describes an encounter with Theodore as such: “I was somewhere else with you.” This is what it is to love someone you can’t touch. It doesn’t matter where you are — if her voice is in your ear, you’re with her. You create a kingdom in the mind where you go with this person. This kind of human connection is only as old as the technology that sustains it — primarily the telephone, but with layers of possibility and meaning added by new developments (cell phones, the internet, Skype, iPhones, and apps like Couple). It’s a common reality and a decidedly uncinematic one, but the sci-fi twist here makes it fresh. And despite Jonze’s flair for comic vulgarity, he captures the sort of gnostic purity of this kind of relationship, the unavoidable sense of a love from the shoulders up. It’s the kind of thing that’s sustainable when there is a physical meeting to anticipate, but it presents complications when no such meeting is possible.

“What is it like to share your life with someone?” Samantha asks Theodore, in reference to his former marriage to Catherine (Rooney Mara). This is the central question of the film. Jonze goes far to answer it even in the brief flashbacks of Theodore and Catherine’s relationship that he sprinkles throughout the film, the most effective use of memory montage that I’ve seen. Their one full scene together reveals wounds on both sides. They were both writers, an occupation that necessitates private rumination and the vulnerability of sharing oneself. Catherine felt stifled by her perception of Theodore’s expectations. Theodore felt that he hid himself from her. Jonze does more to establish their dynamic with one scene and a handful of flashbacks than some writers and directors can do with an entire film. This is how you put flesh on the bones of a story.

The word I would use for the film’s perspective on love is “polyphonic.” The term, first used in criticism to describe the fiction of Fyodor Dostoevsky, means multiple voices. Though it is clear that Jonze has a vision of what love might mean, he speaks through the voices of characters that disagree. He lets us hear the credible perspectives of two women who criticize Theodore, one who commends him, and one who loves him through the doubts of her own journey of growth. I also loved the way that Jonze made sure that romantic love was not the only kind of love represented. Theodore has multiple friendships that run through the course of the movie, woven in just enough to ground him in reality. Rare is the film that leaves behind no wish for greater screen time for x and less for y, but Her is miraculously balanced.

The film entertains a debate about whether Theodore’s relationship with Samantha is a form of escapism, a facsimile of the human love of which Theodore is incapable. A case can be made either way, which is part of the reason I love this film. But Samantha is an intelligent entity, and thus she grows and changes. What unfolds as we realize this is a poignant exploration of the questions that come in the middle of any thoughtful relationship. How do you grow without growing apart? Which differences between people are workable, and which are too fundamental to ignore? How do you reveal yourself to someone without scaring that person? And how do you offer grace in the midst of a love you’re losing, a love you’ve lost?

I’ve hardly touched on the questions about consciousness and embodiment that the film raises, and that’s subject for another piece entirely. I’ll say only that Jonze is working on more levels than are apparent during the first viewing. There’s even a fascinating strand here, if one wishes to follow it, regarding Samantha’s awakening consciousness of her “artificial” intelligence as a parallel for our own realization that our thoughts are comprised of molecules and synapses. There are some great philosophical pieces waiting to be written from this film, and I hope I get to read them.

Mostly, I love this film because I recognize myself in Theodore’s grinning face as he stands at the bow of a boat, technically alone, high off the idea that someone, something, loves him. That there is a loving presence with him that makes his life meaningful. On better days, that’s me.

I remember a night a couple years ago when I had gotten in an argument with the person I was dating, and it seemed we were broken up. Communication was cut off. This type of cold turkey has graver emotional consequences for millenials than any generation before. When you’re not on speaking terms with someone these days, you don’t just lose a few date nights a week. Dating someone with an iPhone means that you live with a cloud of potential contact with your love floating around you, the safety net of a place to send your errant thoughts in texts, a way to exchange nudges of attention and affirmation without having to leave your seat. And having lost that cloud of communication, I felt profoundly alone. My evangelical Christian roots reminded me to seek a “relationship with God,” a concept I have always found alluring and baffling at once. What is a relationship without two voices and two bodies? You can’t text God goodnight, and that is all that I wanted on the earth. Someone to send me the words, I’m here, I’m here, and I want you. Words I could hold in my hands and read from a screen, lighting my face in the dark of my bed. Proof that someone had put me in the same kingdom in his mind as I had put him in mine. That I was somehow somewhere else as well, and not just alone in my skin.

True togetherness is hard. True solitude is hard. Most of my peers and I spend our lives in a hazy place in the middle, constantly connected but without the rooted force of intimacy. Her is every thinkpiece you’d ever need to read on connection in the digital age. Her is silently watching the sunrise with your head on the shoulder of someone who knows you. The conversation has gone on all night, wound down without resolving. It sits in your head as a jumble of jokes and tears and breakthroughs, but it’s not something you can sort through right now. All you can do is lean on the person right next to you, the person you know you love, whatever that means.

Lauren Wilford is a writer and film enthusiast in Seattle. She recently graduated from Seattle Pacific University with a degree in Aesthetics and Narrative Studies. 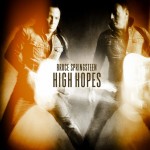 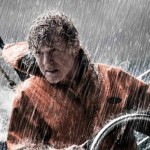 January 16, 2014 In Case You Missed It: Personal Highlights of 2013
Recent Comments
6 Comments | Leave a Comment
Browse Our Archives
Related posts from Looking Closer