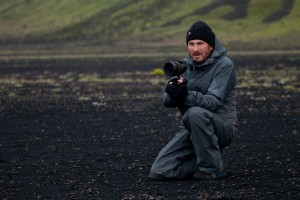 Once upon a time there was a 13-year-old boy named Darren. He wrote a poem about Noah’s Ark for his seventh-grade teacher, Vera Fried. Something about that story stirred up a passion within him. It wouldn’t go away.

Darren would grow up to become a filmmaker who wrestled with heavy questions. Each of his films would focus on characters who went to extremes in order to achieve a kind of transcendence. They would careen between moments of glory and moments of madness.

First, there was Pi, about a mathematician who goes too far in his maddening quest to discover the meaning of life in numbers. Then came Requiem for a Dream, an excruciatingly intense film about what addictions — all kinds of addictions — can do to human beings. Next, Aronofsky made The Fountain, a mind-boggling film following stories at different points in world history, all circling ideas from world mythology about the Tree of Life.

I interviewed Aronofsky about The Fountain. Unlike many of the filmmakers, writers, and actors I’ve interviewed, he didn’t treat the interview like a chore. He was excited about his subject, and eager to talk about big ideas. Our in-person conversation was so productive that I requested a follow-up interview by phone, and we explored the questions driving The Fountain even further.

I learned that he has a powerful passion for ancient stories about the origins of human life, about the idea of God, about our longing for everlasting life (a central theme in The Fountain).

He talked about his fascination with religions of all kinds, and with his sense that there is a “spiritual truth which unites us all.” (I agreed. No sense in rushing somebody who is on a sincere search for truth.) 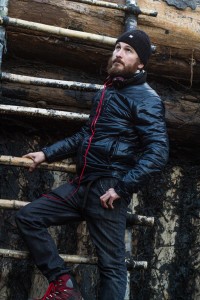 He also talked about how much it grieves him to see the damage that we do to the natural world—which I took to be a sign of a healthy conscience. He said,

“We’re basically destroying our Creator’s Eden. All of us believe that there’s something amazing and something beautiful about this creation, yet here we are just totally shredding it and destroying it. It’s really, really mixed up and messed up. We’ve really lost our way. As far as I can see, we’re just continuing down this path. And now, as a new father, I look at my son and I think about my grandchildren, and I know they’re going to look back on my generation and say, ‘What were you people thinking?’ They’ll just have incredible disdain for what we did in the twentieth century to the planet and to each other. So, as a filmmaker and a storyteller, I’ve got to try and tell stories that reconnect us to each other and to the planet.”

We parted ways, but I sent with him several chapters of my work-in-progress— my moviegoer’s memoir, Through a Screen Darkly. He wrote back to me after a while, offering some kind words about the book that I shared in its online marketing efforts. I was delighted that he would be supportive of my work, which was a blatantly Christian testimony. He could easily have just dismissed it.

For his next two films, Aronofsky gave The Wrestler and Black Swan, two films about individuals so committed to achieving perfection in their craft that they make devastating compromises. I wasn’t fond of either movie, but my interest in Aronofsky’s imagination remained strong.

And then the rumors began. Aronofsky might make a movie about Noah.

The story of Noah and the ark is an Old Testament story, cherished by many religious traditions (not just Christianity). It’s about a man who goes to extremes, following God’s instruction in hopes of saving his family and the living things that God has created from the judgment that God promises to bring down upon the earth. When the great flood comes, Noah’s obedience is honored, and he and his family are saved.

But that’s not the end of the story. Things take a terrible turn. Noah becomes a darker, more complicated character, prone to drunkenness, and shaming himself before his family.

It sounded like just the subject for Darren Aronofsky.

No, Aronofsky is not a professing Christian. But the story of Noah pre-dates Christianity, and is part of a variety of religious traditions. I was hopeful that he would come up with an interpretation that was respectful of the source material. But I also hoped to see something more than just a rote re-telling of the story everybody knows. I wanted to see the great imagination of Darren Aronofsky at work, grappling with questions about God, sin, conscience, judgment, and redemption. Surely this would be reason for people who love the Holy Scriptures to rejoice! Nobody has ever made an epic feature film about Noah’s ark before!

Then the movie arrived.

Some believers did indeed rejoice. They celebrated the film as a powerful interpretation.

Some didn’t rejoice. They were disappointed. The movie didn’t work for them.

And yet, they were mostly in agreement that this was a rare and exciting opportunity for a rich, complicated conversation about art and faith with each other, and with our neighbors of differing beliefs everywhere. Here was a movie that could get everybody thinking about God. It could get us thinking about heroes, and about how most “faith heroes” are actually quite messed up. It could cause us to ask whether we’d prefer to live in a world where God destroys sinners, or a world in which God loves sinners so much that he allows himself to be destroyed in order to save them.

This is where our story — not Noah’s — takes a dark and ugly turn.

They condemned the filmmaker. They called him a liar. They said he made the whole thing in order to make fun of Christians. One called the movie “the worst Christian movie ever” (even though Aronofsky isn’t a Christian, never claimed to make a Christian movie, and the film’s story is not specifically “Christian” but pre-dates Christianity and is a part of several religious traditions). One accused Aronofsky of trying to mock Christians by preaching some form of Gnosticism. “Gnosticism” sounds like a scary, dangerous word, so a lot of people decided it must be true. They lined up to spread this rumor… even though that idea was demolished by people who were paying attention to the movie.

Moreover, these angry people condemned moviegoers who disagreed with them. They said that any Christians who say they like Noah must be one or more of the following:

Wow. Those were some heavy accusations, especially coming from people who say they follow Jesus.

Meanwhile, the first two camps of moviegoers were delighted to by this influential storyteller’s interest in the Bible. They were not threatened by Aronofsky’s choice to embellish the story with some new, imaginative, fantasy-like flourishes. After all, we don’t know much about the ancient world. And the Bible itself makes references to some pretty bizarre, supernatural creatures. It speaks of giants called “the Nephilim” who were the strange offspring of women who’d had sex with fallen angels. Who could ever portray such a thing “accurately”? 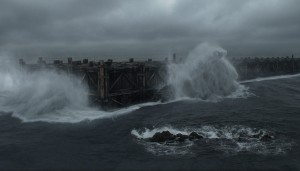 Even those who weren’t satisfied with the film’s more fantastical flourishes found comfort in what J. R. R. Tolkien told C. S. Lewis. They remembered that Tolkien had spoken about how the mythologies of the world resonate in the hearts of men and women across cultures, throughout time, because they point to things in heaven and earth that, as Shakespeare wrote, are not even “dreamt of in our philosophy.” Mythology rings true to us, said Tolkien, because it captures and portrays truths that we recognize. All of us, whatever we believe, have eternity written in our hearts. Thus, said Tolkien, myths are not lies… they are the stories we tell in order to give shape to things we’ve been created to suspect. They resonate throughout the world because they reflect, however imperfectly, what we know to be true.

Is the story of Noah a historical fact? Or is it a myth? However you answer that question, you can look at Darren Aronofsky’s Noah as one man’s interpretation of the Biblical text, invested with flourishes of imagination. And that shouldn’t be threatening. It should be interesting. It should be an opportunity to humbly engage our neighbors. If we do, we might all learn a thing or two.

Which kind of behavior sounds reasonable and “Christian” to you?

a) Loving your neighbor, and humbly giving good attention to what he has to share,

b) Judging, condemning, and punishing your neighbor for having a different interpretation from you.

Which sounds more “Christian” to you?

a) Presuming that an artist is seeking to deceive you even though you’ve never met him,

b) Investigating what your neighbor has made, with respect, curiosity, and civil discussion?

Which sounds more “Christian” to you?

a) A respectful conversation about our differences,

b) Judging your brothers and sisters in Christ and calling them names on your blog?

Take your time. You don’t want to get these wrong. 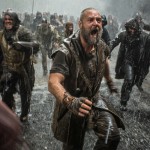 March 30, 2014
Is It Dangerous? Biblical? Gnostic? Awesome? — Here's All The Noah That's Fit to Print
Next Post 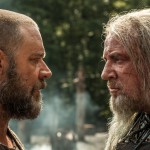