Is It Dangerous? Biblical? Gnostic? Awesome? — Here’s All The Noah That’s Fit to Print 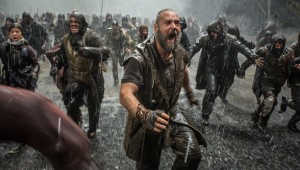 While I’m delighted that anybody would be interested in my response to the film, I have no response yet… not about the movie itself. I haven’t seen it. I’ve been on an island for 10 days studying the art of creative nonfiction, pursuing an MFA in Creative Writing from Seattle Pacific University. It’s been one of the most rewarding, exciting weeks of my life and the beginning of two years of challenging work. Noah will have to wait. (If the studio had provided Seattle press with a press screening, I would’ve reviewed it for you. They didn’t. Can’t imagine why.)

But fear not — you have some other resources available to you.

In fact, you have a choice.

You could read articles about Noah in which Christians

I’m not going to provide any links to such articles. Why waste anybody’s time? These writers fulfill the worst cultural caricature of the Christian whose stance toward art and culture is one of scowling and scolding, the pious authority who claims to have the only acceptable and righteous judgment of a work. As ways of engaging art, culture, and our neighbors go… that way is a dead end.

You could read explorations of the film that focus on

I’ve seen plenty of examples of both approaches to this film.

I haven’t seen the film yet, but I will, because the critics who I have come to find most trustworthy, respectable, scholarly, and gracious in their manner have been fairly enthusiastic about the film.

Here are the reviews I’ve found to be most respectable, thorough, and enlightening.

“Some have complained that Noah is mostly environmentalist propaganda, to which I say: not propaganda, but environmentalist? Absolutely. The Noah story is one of the clearest calls in Scripture to environmental stewardship. In this fantastic sermon on Noah, Tim Keller notes that the Noahic covenant calls us into three great relationships: with the earth, with all the people of the earth, and with the Lord of the earth. God is in covenant with the whole earth (Gen. 9:13), committed to renewing nature as well as man. Resurrection for all. … The creation God has made has an important role to play, after all: it declares His glory.”

Did you hear the one about Noah being Gnostic? If so, watch Peter Chattaway (here and here) and Ryan Holt (here) take that idea apart.

These are the writers and moviegoers that a certain prominent Christian media voice labeled as “liars.” Are they all lying? 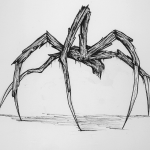 March 15, 2014
Three Years Ago Today, We Raised Our Glasses to the Ale Boy
Next Post 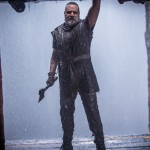 'Why Haven't You Healed Me?': 'The Chosen' Creators...
As the third season of “The Chosen” premieres this weekend in theaters,...
view all Entertainment blogs
What Are Your Thoughts?leave a comment

26 responses to “Is It Dangerous? Biblical? Gnostic? Awesome? — Here’s All The Noah That’s Fit to Print”