You’re Not a Sexist Moviegoer. Or… Are You?

We’re about halfway through 2014, and as I look at the Top 20 Box Office hits so far, something troubles me. Where are the substantial, meaningful leading roles for women?

I see four box office hits out of 20 — only four — that have a woman’s name on the top of the poster: Maleficent, Divergent, The Other Woman, and The Fault in Our Stars.

I’m even more troubled if I look to these films in search of something resembling a real woman.

The Fault in Our Stars, starring Shailene Woodley, is the only one that qualifies. It’s an admirable exception. (Even more remarkable, it’s based on a highly praised novel!) 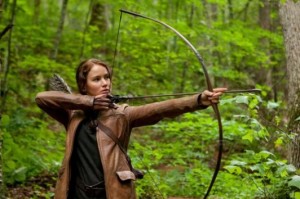 See if you can name the last five movies you saw in a theater. If you’re really good at this, name the last ten. How many of them featured a female as the central character? I can hear some of you shouting Frozen! The Hunger Games: Catching Fire! Okay, those are good. Frozen is a pleasant surprise because it focuses on the overlooked subject of sisterhood. The Hunger Games gives us an intelligent action hero who actually dislikes action.

But what else? Anything?

Hey, I’m guilty too. I probably see two or three or ten Man-Focused Movies for every Woman-Focused Movie. Only three of my ten favorite films give actresses top-billing (and two of them feature the same actress): Three Colors: Blue, Code Unknown, and Babette’s Feast. How many of your favorites are led by actresses? 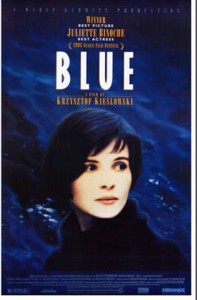 Still, I find that if I’m offered a film about a man and a film about a woman, I’m more likely to watch the latter. Why? Go ahead, make your jokes, but when it comes to the movies, female characters interest me more than male characters. Movies about men are likely to be about fighting or employing physical strength to achieve a goal… a subject so overdone that it usually bores me. It’s very rare to see a movie about a man who is as much Mind as he is Body. But when women are the focus of a movie, there is usually something interesting going on behind her eyes.

Why do you think actors are a bigger box office draw than actresses? Is it that we prefer action and violence, so we end up watching men? Or is it just that the industry thinks it’s what we want? What would have to change for things to take a turn toward equality?

I was delighted when, earlier today, my colleague Steven Greydanus pointed out an article at The Dissolve by Tasha Robinson that gets right to the heart of the problem. You’ve heard of the Bechdel Test, right? It’s the test that you give a movie to see if it treats women as human beings who exist to do more than obsess over men. Well, Robinson is thinking about something slightly different.

Ladies and gentlemen, please note the invention of a new and meaningful term: “The Trinity Syndrome.”

What is the Trinity Syndrome? It’s what you get when you introduce a Strong Female Character, like Trinity in The Matrix, who comes across as confident and mature and badass and independent, but once she plays her part representing liberated women, she really only ends up only supporting a story that ultimately exalts the male characters. She doesn’t even end up contributing much to the outcome of the story. 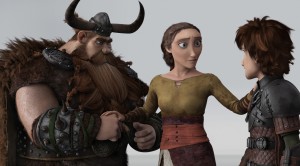 Consider Valka, the “important” new female character in How to Train Your Dragon 2.

Valka is just the latest example of the Superfluous, Flimsy Character disguised as a Strong Female Character. And possibly she’s the most depressing, considering Dragon 2’s other fine qualities, and considering how impressive she is in the abstract. The film spends so much time on making her first awe-inducing, then sympathetic, and just a little heartbreakingly pathetic in her isolation and awkwardness at meeting another human being. But once the introductions are finally done, and the battle starts, she immediately becomes useless, both to the rest of the cast and to the rapidly moving narrative. She faces the villain (the villain she’s apparently been successfully resisting alone for years!) and she’s instantly, summarily defeated. [Stoick and Hiccup, the male heroes,] utterly overshadow her; they need to rescue her twice in maybe five minutes. Her biggest contribution to the narrative is in giving Hiccup a brief, rote ‘You are the Chosen One’ pep talk. Then she all but disappears from the film…

Robinson goes on to point out other examples. You may not agree with her on all of them. (There’s a good argument to be made that WyldStyle of The LEGO Movie doesn’t really fit the “Trinity Syndrome” profile.) But I still think it’s an important observation.

So, what to do? Where can we go to find intelligent, interesting, three-dimensional female characters who have stories of their own and who do not exist merely to contribute to a male character’s story?

Good news. I’ve seen four movies about interesting, complicated, compelling female characters already this year. But they’ve been slipping under the radar — very few people are seeing them (Actually, I’ve seen five, if you count Scarlett Johansson in Under the Skin, but she’s not really playing a woman in that film, is she?)

And I’ll bet most of you haven’t seen any of them.

Are you interested? If so, you’re in for some unforgettable hours at the movies.

Not interested? Hmmm. Maybe you and your moviegoing dollars are part of the problem. 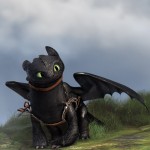 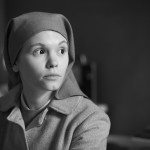 June 17, 2014 The 2014 Looking Closer Beauty Pageant — Contestant 1: Ida
Recent Comments
15 Comments | Leave a Comment
Browse Our Archives
get the latest from
Entertainment
Sign up for our newsletter
POPULAR AT PATHEOS Entertainment
1

15 responses to “You’re Not a Sexist Moviegoer. Or… Are You?”