Looking Closer at Dawn of the Planet of the Apes 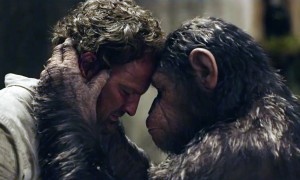 So, Movie Reviewer wonders — how does Matt Reeves’ movie measure up to reboot directed by Rupert Wyatt?

It is better. Not by much, though, and not where it counts the most. It’s better on the level of spectacle, but the storytelling remains shaky at best. Its implications about us also remain troubling—and not in a good way. … [It] runs into the same problems that bogged down Rise. The rebooted franchise may not be following the exact mythology of the originalPlanet of the Apes series, but does anyone think there is not going to be a war? The filmmakers are more interested in plot (how will the sequence of events unfold to lead to the inevitable?) than in suspense or conflict. So the second act drags on way too long; it’s like watching the middle innings of a baseball game on tape delay after you’ve already been told the final score.

Dawn of the Planet of the Apes is so not the sequel to Rise of the Planet of the Apes I expected or was prepared for. Nothing in the well-made but prosaic 2011 reboot hinted at the power of this film, a worthy successor to the best of the original films, with their cautionary parables about man’s inhumanity to man set in a topsy-turvy Twilight Zone world of intelligent apes and animal-like humans. … …[T]he blockbuster triumph of Rise has been replaced in Dawn with a powerful sense of tragedy and loss, rooted in real moral fury at the ignoble impulses and attitudes that sabotage human well-being.

… [As] with its predecessor, Dawn doesn’t give its human community even a modicum of pragmatism, outside of the sympathetic protagonist (or his family nucleus). So we have nobody to root for once the war starts.

Dawn becomes an enthralling portrait – at once intimate and epic – of two civilizations on the brink. The movie’s central tension comes in discovering if the survival of one necessitates the destruction of the other. And so when chaos erupts, it’s not only the action that engrosses us … but also what is at risk for everyone involved.

First film grim, apocalyptic—suggested that humans doomed to punishment they deserve. Second film, more hopeful? What meaning we get from sequel?

The franchise’s unwillingness to take sides, its insistence on what Charles Krauthammer once dubbed “moral equivalence,” is its most puzzling and dissatisfying feature. For most of the film the scales are tipped in the apes’ favor: humans kill each other while apes live in peace. But by the end even Caesar is admitting that “I always thought ape better than human […] I see now how much like them we are.” So that’s it? In the collective (nations, species) we’re all equally flawed, and we’re cursed to fight endlessly, since the most impressionable of us will always be swayed in their fear and hate by those who would appeal to their most bestial instincts? Can we never be inspired to live in conformity to higher ideals (whether religious or political)? The film’s answer appears to be a resounding “no.”

Dawn offers a remarkably robust allegory of the insidiousness of “us vs. them” ideology: of the tribalist tendency to assume the moral, cognitive or ontological superiority of the in-group, and to define those outside the group as other, as malicious, untrustworthy or worse. Even Caesar, sitting in judgment of one of his own, first finds it necessary to place him outside the group. This is required in a way by his own principles — but it also highlights the importance of moral realism in a fallen world. Gratifyingly, the film offers this allegory without devolving either into a naturalistic equating of humans and animals or a “noble savage” portrait of corrupt civilized men vs. primitive apes living in harmony with nature.

[W]omen are of so little consequence to this movie that Captain America 2 is practically Daisies by comparison. Makes it tough to swallow that the standout performance in the film is delivered by a woman in the guise of a man (Karin Konoval as the orangutan Maurice).

It’s not like I went into it thinking it would rock my feminist world but it gets frustrating watching tentpole after tentpole being boys club movies.

Dawn of the Planet of the Apes is both a deeply humanistic film, in the best sense of that word, and a deeply pessimistic one. It recognizes the importance and urgency of efforts to work for peace and the futility of such efforts in many times and places.

Dawn of the Planet of the Apes’ biggest achievement may be that it continued to make me care about these decidedly unreal creatures. And – through them – to reconsider themes that art has explored even before Shakespeare, all the way back to the Greek tragedies. Now, I’m not saying Dawn of the Planet of the Apes is equivalent to Julius Caesar. But they’re both artfully rattling the same cage. 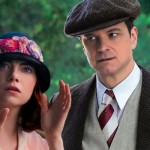 July 18, 2014
Overheard at the Movies: Magic in the Moonlight, The Insider, Planes: Fire & Rescue, Mood Indigo
Next Post 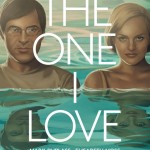