A Priest With a Death Sentence: Looking Closer at Calvary 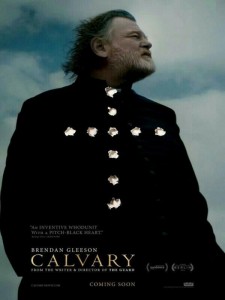 At Christianity Today, Alissa Wilkinson got my attention early by saying,

Well, I’ve just come from a screening of Calvary, the most “Christian” film I’ve seen in as long as I can remember. I don’t think it will be winning any awards from the Christian world (although I guarantee it will show up on my end-of-year list here at Christianity Today, and a few others, too). It has bad words, and it takes place in a universe very like ours — that is, in one where people are suffering the ugly aftereffects (and sometime during-effects) of their very serious sins against one another.

I love that. “I don’t think it will be winning any awards from the Christian world. … It takes place in a universe very like ours.”

Then I saw it and enjoyed most of it very much, until…

…the end, when admiration grew into deep gratitude. The more I reflect on it, the more I’m certain that this will remain one of my favorite films of 2014.

John Michael McDonagh’s movie has its weaknesses — primarily in its resemblance to UK comedies about country communities full of colorful characters; you know, shows like Ballykissangel, in which characters who reveal more than one character trait are the complicated ones).

But the movie’s strengths are remarkable and, in the case of its lead actor, formidable. I have a feeling that its reputation will grow, and that critics’ respect for it will deepen over time.

I meant to write you a review. I knew it would take a lot of time and attention. And… well, I haven’t found the time and attention that the film deserves. So instead, for now, I’m going to share the reviews and commentaries that resonated with me (with thanks to J.A.A. Purves, who shared some of these links at ArtsandFaith.com).

Let’s start with a review at The Curator, where my friend Joe Kickasola writes,

Calvary stands as one of those steady, respectable films Christians point to as good storytelling with a thoughtful spiritual telos. “Finally… a film somewhat sympathetic to the faith and not utterly embarrassing,” they might say.  Such films — far too few of them — are usually carried by a stellar leading actor, and the rest of the film’s elements (the formal and technical dimensions) stand as modest complements to the lead performance.  The budgets are modest, the artistry serviceable (less than brilliant and occasionally flawed), and the director is smart enough to lay low, leaving the central performance and script to shine unencumbered. Robert Duvall’s The Apostle is one example.

Calvary is another.  There is nothing particularly remarkable about the artistry of the film, but one must respect that as humble and wise restraint in the wake of Brendan Gleeson. It’s his film, his cross to carry, and he does so, admirably.

In an article at Reel Spirituality about big screen priests, Gareth Higgins writes,

I may have never seen clerical life portrayed in cinema with such a sense of realistic nuance as that found in the writer-director John Michael McDonagh’s Calvary, for my money the film of the year, in which Brendan Gleeson’s Father James stands rock steady and open – he’s enormous and strong, microscopically interested and tender, a believer and a doubter, a Santa Claus with a salty mouth, as if Mt Rushmore had a sense of humor or the Grand Canyon could weep.

Is it possible for a film to capture the horror of the sexual abuse scandal in the Catholic Church while at the same time presenting a case for the necessity of the institutional priesthood? Against all odds, this is exactly what Irish director John Michael McDonagh’s Calvary manages to do.

[Calvary is] a surprisingly complex, if imperfectly executed, meditation on the nature of sin and mercy, set in the epicenter of the sexual abuse scandal.

Responding to that review at The National Catholic Register, Steven Greydanus writes:

An essay at First Things went so far as to suggest that Calvary made “a case for the necessity of the institutional priesthood.” That’s probably going too far, but certainly the film proposes that a religious vocation lived with integrity offers not only a viable path for a life well lived, but one that can be of genuine service to others if they are open to it.

Amid all the accumulated waste and despair, two scenes stand out for their extraordinary tenderness: a beachside reckoning between the priest and his troubled daughter (a superb Kelly Reilly), and a thoughtful conversation with a woman (Marie-Josee Croze) who has lost her husband but not her faith. Hope, it seems, has not been completely extinguished. And yet, as it follows the priest on the lonely walk to his own personal Golgotha (the seven days of his journey conjuring any number of biblical allusions), “Calvary” makes clear, with utter conviction, that the Church’s incalculable abuses have exacted and will continue to exact a terrible human price …

Jonathan Romney at Sight and Sound:

The film’s claim to moral and philosophical substance rests partly on the formidable shoulders of Brendan Gleeson, whose muscularity as an actor makes him more than credible as a man wrestling with the dark forces of human fallibility

… McDonagh’s style has both confused and delighted audiences, but it’s clear that we shouldn’t view Calvary as a work of gritty realism. The characters are all grotesques, more reminiscent of an episode of Father Ted than a play by Synge or O’Casey. Every conversation strains towards profundity, then turns and deflates its own pretensions. The story is peppered with literary and cinematic references, but can be enjoyed as the blackest of comedies, a mystery story, a morality tale, or a pseudo-western with more than a hint of High Noon … McDonagh has cited Robert Bresson’s Diary of a Country Priest (1951) as an inspiration, and the script even includes a sly mention of Georges Bernanos who wrote the novel on which that film was based. Another movie that springs to mind is Luis Buñuel’s The Nazarene (1959), which tells the story of a saintly priest whose good deeds lead him into one disaster after another. The episodic structure of Calvary is notably Buñuelesque, but where the Spanish director frames his story (as usual) as a critique of the Catholic Church, McDonagh leaves open the possibility of redemption. Father James, who is by no means a saint, believes that every member of his exasperating flock can be reformed. He takes the sins of the entire Church upon his own shoulders, being prepared to suffer on behalf of the paedophiles and hypocrites who have brought the institution into disrepute. The townfolk are not simply pathological misfits, but living expressions of a malaise that finds its roots in the deceitful behaviour of the Church, and the apocalypse of the Irish bubble economy. It’s a heavy burden for a lone priest with martyrdom on his mind …

… Plaiting strands of drama with gentle black humour, McDonagh has created a solid platform for the superlative Gleeson whose soulful, grounded presence is a compelling guide for a rich insight into the small coastal village inhabitants’ sins and virtues. Like the pull of a quicksand, the deeper we tread, the more we are sucked in; this is a complete work that beautifully showcases life’s contradictions and complexities.

And finally… Josh Larsen at Larsen on Film:

Calvary is at its best, to my mind, when it eases up on the quirky supporting characters and grapples with Father James’ religious crisis head on. Should he expose the parishioner who threatened him? (Although the audience doesn’t know the man’s identity, Father James recognizes his voice.) Should he offer himself up as a sacrifice, as an acknowledgment of the sins of the church? Should he give up on the priesthood altogether? With Gleeson doing the wrestling over such rending questions, Calvary has all the character it needs. 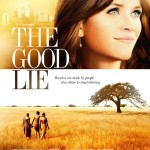 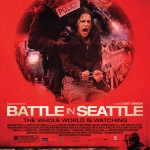 October 20, 2014 Battle in Seattle (or the Movie Directed by That Guy Who Was Almost Aragorn)
Browse Our Archives
Related posts from Looking Closer