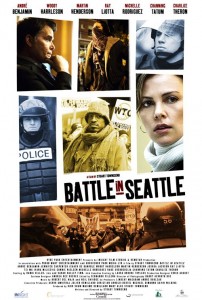 Many thanks to Matthew Kaemingk of Christ and Cascadia, who invited me to write on the subject of the spirit of protest in the Pacific Northwest, and about a movie directed by the man who was almost Aragorn.

Do you remember Battle in Seattle?

Don’t worry. It made no lasting mark at the 2007 box office, and reviews were (deservedly) mixed.

I’ve finally seen it — seven years later, two months from the fifteenth anniversary of Seattle’s historic WTO protests. And (surprise!) it held my attention throughout.

It was a timely viewing choice, here in this season of protests.

While late-summer wildfires darkened my Eastern Washington horizon last month, another blaze scarred my social networks: “#Ferguson,” “#MikeBrown,” “#HandsUpDontShoot.” Links! Lectures! Laments! It seems everyone is upset about what happened when an unarmed black man in Missouri, hands reportedly raised, was repeatedly shot by a white cop before astonished witnesses. Scanning the outrage on Facebook was like listening to the shrill squeak of Sharpies on picket-sign cardboard.

And I had to ask myself: Why am I not tweeting my outrage? Have I been pummeled numb by scandal, injustice, and atrocity? Have I become hard-hearted?

I’ve reasoned my way to some answers… and that has led to more questions. Read “Revisiting “Battle in Seattle”: A Personal Reflection on the Pros and Cons of Protest.” 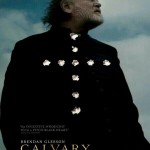 October 15, 2014
A Priest With a Death Sentence: Looking Closer at Calvary
Next Post 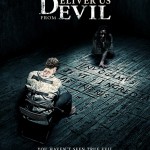 October 23, 2014 Scott Derrickson May Not "Deliver Us From Evil," But He Knows Who Can
Recent Comments
1 Comment | Leave a Comment
Browse Our Archives
Related posts from Looking Closer