Looking Closer at Left Behind – The Movie!

[This post will be updated over the next few days, so check back as this thrilling — dare I say rapturous? — cinematic occasion unfolds!]

Yesterday, I received an advertisement distributed by Christianity Today in which Tim LaHaye said this about the new Left Behind movie:

“You will be moved, blessed and thrilled.”

Yeah, I remember how, when I was six years old, I wrote a story, stapled it together, and then, to make it look like a real book, I put my own rave-review blurb on the cover, praising my own story. Because that made it real. And who better to describe the greatness of a story than the guy who wrote it?

Then I grew up and put away childish things.

But anyway, that’s a tangent.

Here’s the real story… After Christianity Today sent everybody that advertisement, they then published their own review of the film, composed by Jackson Cuidon, a moviegoer who has proven time and time again that he is thoughtful and discerning in his film reviewing and in his consideration of how faith and art intersect.

And what does he say?

… [M]ost Christians within the world of the movie—whether the street-preacher lady at the airport or Rayford Steele’s wife—are portrayed as insistent, crazy, delusional, or at the very least just really annoying. Steele’s wife’s conversion to Christianity is shown to have pushed her and her husband apart; we see that she’s decorated her house with crosses, throw-pillows that say “Pray” across the front, and encouraging posters.

That is the deepest conception of Christianity that this movie has: posters, pillows, and crucifixes.

If the Left Behind books were just pulp novels injected with Christianity, then the Left Behind movie is just a disaster flick injected with the slightest, most infinitesimal amount of Christianity possible. This is, in one way, good—no one needs to be upset, or get angry, or be offended, or question their beliefs, or the beliefs of those around them, or anything, because the film takes no stance on anything. The film is so inept, confused, and involuted that there’s no danger of even accidentally cobbling together something that could necessitate a defense of Christianity.

On a four-star scale, Christianity Today gives Left Behind… are you ready?

How about a second opinion?

… this Left Behind is not a good movie — Christian or otherwise. … [R]ather than a timely, relevant story, this Left Behind plays like a throwback to the 1970s, when disaster movies were all the rage. It’s mainly an airplane-in-peril drama rather than a thoughtful treatment of the story’s theological underpinnings.

[T]he film is, for a while, tolerable. Then comes a horrendous final 30 minutes, which play like a bad TV show. Theological quandaries, never given detailed exploration amid the confusion experienced by the passengers on Ray’s plane, yield to stock disaster-movie tropes and an absurd finale.

Paul Asay of Focus on the Family‘s PluggedIn says:

Whatever grade you give Cloud Ten in execution, they get an A for effort. … If all good Christians in the world suddenly vanished in a blink of an eye — just like they always claimed they would — it seems that once you figured out they weren’t hiding under the table, some serious spiritual soul-searching would be in order. If you’re making a story about the Rapture, things get a little churchy. … Left Behind may not be a high water mark for Christian cinema. And yet, it has some of the same charm that Christianity itself has.

That seems to stand in direct contradiction to Brett McCracken at Christianity Today who reminds us,

The Rapture is a relatively recent idea in church history, as well as a minor theme in Scripture: Many Bible scholars argue that it’s not there at all…

But we’d like to believe that these stories are not preaching to the choir… that they’re spreading the gospel to unbelievers. Right?

Over at The Dissolve, Nathan Rabin says:

As a standalone film, Left Behind makes little sense. It doesn’t even make much sense as the opening of a trilogy, but as part of an elaborate, extensive mythology, it’s less jarringly inadequate. Sure enough, Thomson and Murray have already signed on for sequels, but the film’s appeal is largely dependent on Cage; Left Behind is a batshit-crazy Cage cult classic of a radically new stripe. Without him, Left Behind would certainly not be been the funniest movie set onboard an airplane since Airplane!, though it’s funny in a slightly different way.

This failed epic — really, an epic failure — would barely be noticed, were it not for former Oscar-winner Nicolas Cage taking on a Sharknado-quality remake of a Kirk Cameron movie.

This movie is the worst. And the best. I haven’t laughed like that in a theater in a long, long time, and not one of those laughs was earned on purpose. … I love the way Cage throws out items as he rifles through the bag of a flight attendant who disappeared (she went to Bible study and wasn’t a hussy). I love the one and only family photo into which it looks like Cage was Photoshopped. I love that all Buck eventually is good for is pressing “redial,” and the suggestion that a plane can’t land unless a port-a-potty is out of the way. I love that there’s no societal context to address why the rapture’s happening now and that Chloe, no joke, does something that reminded me of both “Wet Hot American Summer” and “The Great Muppet Caper.”Really, I cannot believe this movie exists, but I’m so glad it does.

…it’s the shoddy execution that kills Left Behind. All the nutter-butter end times stuff might have been tolerable if the film could string together a few scenes that weren’t laughably written and directed.  . . .  Left Behind is a complete botch. As for Nicolas Cage, he mostly seems annoyed. At times, this fits the part: As a pilot, he has to keep his cool, even as people keep pestering him for answers. At times, it fits the part in more meta ways: He may be wondering if all those ex-wives and fancy houses were worth a headline role in what will surely go down in movie history as one of the worst – not to mention craziest – movies ever made.

Looking distractingly rubbery with a helmet of fake, dark hair, [Nicolas Cage] seems to have been Photoshopped into the film.

“Left Behind” finally edges toward an enjoyable level of insanity as it reaches its conclusion. I wouldn’t dream of giving away the details–mysterious ways, and all–but I will say that it involves the petite Chloe driving a steamroller in the dead of night on a deserted stretch of highway that’s under construction.

. . .  it’s so ineptly put together — from the leaden performances to the ragged editing to the hilariously random behavior of the extras during the scenes of “mass hysteria” — that it leaves you with nothing but what should be an obvious question: If the story’s eschatology insists that its world is now doomed, why should we be rooting for our heroes to survive?

And… best of all… look who rose from the dead, driven by a sense of responsibility to warn us about this film! 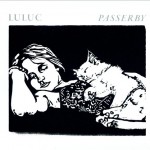 Colton Dixon Expanding His Reach with Atlantic Records...
"American Idol" alum returns after three-year hiatus with new music, new reocrd...
view all Entertainment blogs
What Are Your Thoughts?leave a comment

19 responses to “Looking Closer at Left Behind – The Movie!”