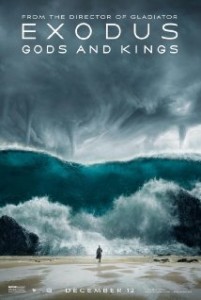 Film critic Justin Chang, a consummate professional over at Variety, is among the first out of the gate with a detailed review of Ridley Scott’s major Biblical epic Exodus: Gods and Kings.

I’m seeing the film in a few days, and this review has surprised me by making me much more eager to see the film….

“You don’t always agree with me,” God says to Moses, effectively inviting all viewers, regardless of persuasion, to wrestle with their own conflicted impulses. Scott, a self-professed agnostic whose films have nonetheless betrayed a restless spiritual dimension (particularly “Prometheus”), seems to have been inspired by his distance from the material, placing his identification with a hero who never stops questioning himself or the God he follows. Not unlike Russell Crowe’s Noah, and rather unlike Charlton Heston’s iconic barn-stormer, Bale’s Moses emerges a painfully flawed, embattled leader whose direct line to the Almighty is as much burden as blessing — and who wearily recognizes that once the Israelites have cast off the shackles of slavery, the truly hard work of governance, progress, repentance and faithfulness will begin.

Some may well desire a purer, fuller version of the story, one more faithful to the text and less clearly shaped by the demands of the Hollywood blockbuster. But on its own grand, imperfect terms, “Exodus: Gods and Kings” is undeniably transporting, marked by a free-flowing visual splendor that plays to its creator’s unique strengths: Given how many faith-based movies are content to tell their audiences what to think or feel, it’s satisfying to see one whose images alone are enough to compel awestruck belief.

I have enough faith in Chang that I’m much more excited about the film now than I was yesterday. But other critics are not nearly as positive in their assessments. I’d round up their opinions for you, but Peter Chattaway’s already doing that. 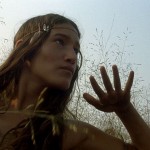 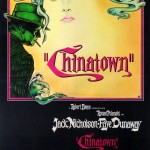 November 29, 2014 Cinematic States Contest Results: And the Winner Is...
Recent Comments
1 Comment | Leave a Comment
Browse Our Archives
get the latest from
Entertainment
Sign up for our newsletter
POPULAR AT PATHEOS Entertainment
1

One response to “Exodus: Gods and Kings — Justin Chang Posts an Early Review”