“Redcoats, pirates, orphans — and Fin Button, a passionate and savvy young woman who is a treasure all by herself. Here is high adventure that feels like truth.”

And he’s only scratching the surface of A. S. Peterson, who is much more than just an adventure novelist. Just look at that face: Doesn’t he look like a character? He is. Pete — those who know him call him Pete — is the sort of fellow who dreams up adventures on the high seas, and then goes out sailing to have his own adventures. (What good is an action-adventure storyteller if he’s not writing from experience?)

And I know them because, in 2013, they — and Peterson’s brother Andrew, who is an accomplished and beloved singer-songwriter — were gracious enough to invite me to join authors Leif Enger and N. D. Wilson as speakers at the Nashville hubbub called “Hutchmoot,” the Rabbit Room’s annual conference: a celebration of imagination, community, writing, music, and faith. I had an extraordinary time there, so much so that I urged a friend of mine, the poet Luci Shaw, to accept an invitation the following year… and she’s still talking about how glad she was to discover the flourishing community of creativity that the Peterson brothers and their co-conspirators have cultivated there.

I know, I know. Stop looking at me that way. Every time I make the admission, my wife looks at me as if I’ve just insulted a baby. But it’s true. Every year I dread hearing the first sentimental notes of the Christmas season as they drift down through the speakers at the mall and whisper in my ear that, no matter what, they’ll be here to torment me until December 26th. So when Jeffrey asked me to put together this list, my first thought was: Impossible. I loathe Christmas music.

But here’s the thing, it’s not really Christmas music that I dislike; it’s the sickly-sweet sound of a certain type of song played over and over again that gets on my nerves. I started thinking about it and quickly realized there were a whole bunch of Christmas songs that I do, in fact, love — most of them just don’t make the playlist at the mall.

So here we go:

This is proof that dueling electric guitars and men in tights can redeem anything. The song itself sits firmly within the category of Christmas songs I can do without, but honestly (hah!), add Stryper to anything at all and it immediately gets better. They are like the bacon of the Christmas music genre. I’d pay good money for a speed metal cover of “Silent Night.” It’s obvious to me now that hearing this song when I was fourteen marked the beginning of my long and sordid rebellion against Christmas music. If I couldn’t get rid of the stuff, the least I could do was dress it up with big hair, make-up, and a yellow and black Flying-V.

2. “Baby, It’s Cold Outside,” by Jill Phillips and Andy Gullahorn

Sure Zoe Deschanel sings it in Elf and it’s adorable, but have you really listened to the lyrics? It’s a creepy song in which a man tries to prevent a girl from leaving his apartment by drugging her drink and exaggerating the weather report while whispering that her lips look delicious. Seriously, google the lyrics and then go hide your daughters. Enter my good friends Andy Gullahorn and Jill Phillips, a husband and wife team of singer-songwriters who put out a Christmas record a couple of years ago (creativity titledChristmas so that you can tell what its about). They covered this song but rewrote the lyrics so that instead of a creepy jazz tune about date rape, we’ve now got a hilarious jazzy tune about a husband’s poor decision in gift-buying. Spoiler alert: It’s a toilet brush.

“I Will Find a Way,” by Andy Gullahorn (cowritten with Jason Gray)

Also on the Andy Gullahorn and Jill Phillips Christmas album, this is not just one of the best Christmas songs I know, it’s one of the best songs—period. Its inspiration is a short story by Walter Wangerin, Jr. called “An Advent Monologue” (found in his book Ragman and Other Cries of Faith). I don’t want to spoil the experience of the song so I’m not going to say much about it, but it’s a masterpiece of storytelling. Go listen. You’ll thank me.

Years ago, I was living with my brother, singer-songwriter Andrew Peterson, and one night I wandered into the kitchen where he was working on some new songs. He told me about his idea to write an album that would tell the story of Christmas, and I’m ashamed to say that my first reaction was deep reservation. The idea seemed about as cliche and unoriginal as a Kenny G collection of smooth jazz favorites. But then Andrew started playing me the songs he was writing — and I got it. He was thinking on a whole different level, creating something deep, powerful, epic, timeless.

Later that year Behold the Lamb of God: The True Tall Tale of the Coming of Christ was born. I was lucky enough to be with Andrew and the band (Silers Bald) on the first tour and had the pleasure of watching audiences shocked and awed as they encountered the work for the first time. It was one of the highlights of my life and I’m so proud that all these years later, the tour is bigger than ever. In fact, the band just left on the tour bus earlier this morning. They’re headed out across America to spend a few weeks telling the old, old story in a unique new way. It’s hard to pick a single song off the album (it’s kind of like trying to pick a favorite chapter of The Lord of the Rings), so I’m going to cheat and pick two.

What’s the most boring part of the entire Bible? I’ll tell you. Matthew 1:1-16. “And Judas begat Phares and Zara of Thamar; and Phares begat Esrom; and Esrom begat Aram; and—“ it goes on that way, and on and on and on. So here’s your assignment: take that passage and put it to music. Now make it catchy. Now make it dramatic. Then for bonus points, make it funny—oh, and do it with a mandolin. If you can do all that and turn it into a song that I never get tired of hearing, you are a musical genius. That’s my kid brother, people.

“Deliver Us,” by Andrew Peterson (sung by Derek Webb)

Lest you think the entire album is about comical begetting, here’s one of the best of the lot. The song does a masterful job of laying open the desire of Israel for her Messiah. Derek’s vocal is raw and painful, building to a crescendo of longing and loss—and finally being answered by the voice of the One who has, all along, been drawing up plans to sate that ancient hope in the quiet-yet-thunderous arrival of the Incarnation.

Nothing cracks me open and lets in the story of Christmas like this album. If you plan to be at the December 15th performance at Nashville’s historic Ryman Auditorium, I’ll see you there.

“Joy to the World,” by Isaac Watts

I dislike most of the usual carols, but this one I love. Why? Because it’s not a Christmas song at all.

Have you ever wondered why we sing it at Christmas? It doesn’t fit, does it? It’s not about the birth of Christ. I’m serious. Go read the lyrics. Here’s the thing: It’s a song we don’t know what to do with. It’s a song that doesn’t have a place in the world — not yet. It’s a celebration of the Kingdom Come — even though the Kingdom is still on its way. The fascinating thing is that Isaac Watts wrote the song in the present tense. This isn’t a song that looks forward to the time when all things will be made new, it’s a song that proclaims the joy of a present kingdom and the present perfection of its arrival in the here and now (even though that “now” isn’t yet). It’s as if he sat down to write “Joy to the World” in preparation for a single moment in time. A moment that he knew would come and would need a proper hymn to employ in celebration when it did. Writing the song was an act of faith, an act of belief in the concrete fact of a world yet to be, a world toward which every atom of creation groans and stretches and yearns. And I don’t think churches know what to do with it — so they sing it at Christmas because that seems the the next best thing (though they should also be singing it at Easter) — when in reality, maybe it’s a hymn we should be saving for its true purpose.

One of these days we’re all going to sing it at the inauguration party of a new Heaven and a new Earth, and for that bright moment, Isaac Watts is going to smile and nod his head and mutter, “Yes, this is just exactly what I planned for.”

Every time I hear his song, I’m reminded that the Kingdom is something that’s coming closer every day, and it’s worth investing in and building for right now, right here, with everything we do, say, create, and celebrate.

Be sure to check out A. S. “Pete” Peterson’s books, and so much more, at The Rabbit Room. 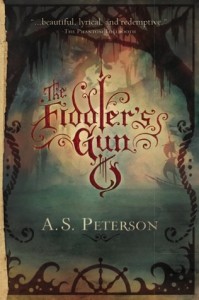 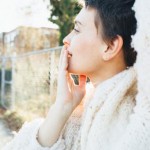 December 19, 2014 The Bruised Hearts Revue Presents a Christmas Playlist
Browse Our Archives
get the latest from
Entertainment
Sign up for our newsletter
POPULAR AT PATHEOS Entertainment
1