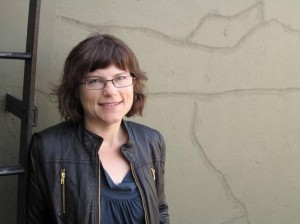 2014 marked the tenth anniversary of my friendship with YA novelist Sara Zarr.

In the decade since we happened to sit down at the same table for a fiction workshop led by author Erin McGraw, Sara has written five of the best-reviewed new YA novels. (She became a National Book Award finalist for her first. Not too shabby.) She’s also collaborated on, or contributed to, a variety of multi-author books (Jesus Girls, edited by poet and writer Hannah Faith Notess) and journals (including Image and Response). She hosts an enlightening podcast called “This Creative Life,” and she’s a member of the faculty of Lesley University’s Low-Residency Master of Fine Arts in Creative Writing program.

In other words, she’s had a pretty good decade.

And for all of her achievements, here’s the best part: She’s still one of the most compassionate, self-effacing, approachable, hard-working people I know. For all of the things I’ve written and published in the last ten years, the book with my name on it that has sold the most is How to Save a Life — because Sara wrote it; I’m only credited in the fine print as her photographer. And that doesn’t bother me at all. It was an honor.

As you can tell, I have become a rather evangelistic fan.

If you’re thinking of giving Christmas presents to any young adults — or adults, for that matter — I recommend that you start here. 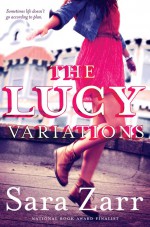 Her latest novel, The Lucy Variations, demonstrates that she’s just getting better. It’s about a young piano prodigy who having all of the outward signs of a successful ascent to the spotlight, decides that she still hasn’t found what she’s looking for, and sets off to find it… much to the alarm of her supporters, especially over vindictive and controlling grandfather. It’s a novel of deep wisdom about the search for a meaningful life, and the confusion that comes when the path leads in away from what the rest of the world thinks is best. Anne and I read the whole thing aloud to each other, enthralled.

(Filmmakers: This book is crying out to be adapted into a feature film — and an excellent opportunity for a young actress.)

But if you’re thinking of listening to some Christmas music this weekend, consider adding Sara’s recommendations to your playlist.

(In case you missed it, this is the third in my Christmas Party Playlist series, following contributions from two Grammy-winning musicians: Joe Henry and Ashley Cleveland.)

If my contribution to this blog series had a theme, I guess it would be “semi-obscure original Christmas-ish songs.” I can’t narrow down to a favorite recording of Handel’s Messiah, a favorite recording of The Nutcracker, or favorite version of my favorite carol — “Hark! The Herald Angels Sing” (or is my favorite “Let All Mortal Flesh Keep Silence”? or another of a dozen?). So, I’m going to focus on introducing a few quiet little newer gems plus one bigger, older one that is not obscure but not as well known as I feel it should be.

Fictionist is a band out of Provo, which is close to the Salt Lake area where I live. They’ve gone national now but I still think of them as belonging to us here in Utah. A few years ago they put out this very simple song featuring about one-fourth of the band, and I was going through some stuff and this was my official Crying Song of that year. It helped me get the tears out while also bringing me comfort. (“let no one confound you / his loving arms surround you / this Christmas”). It has remained one of my favorites.

Steve Earle — “Nothing But a Child”

Not everyone finds Steve Earle’s voice sacred and lovely. Well, I feel sorry for those people. This is a great song in the “telling the Christmas story” tradition, but completely in Earle’s unique style. In the journey of the wise men to find the Christ, we hear the weariness of the journey of life itself and the promise of a new beginning represented by a fresh new baby. Because Steve Earle is Steve Earle, what might be sentimental in another’s hands gets down in the grit of the adult longing for a clean slate.

The video I chose is not an amazing quality recording, but poignant to me because Earle is so young and this was recorded close to when he wrote the song.

Over the Rhine — “Let It Fall”

This one is brand new, from OTR’s Blood Oranges in the Snow album. It’s really more a winter song than a Christmas song, but definitely my Official Crying Song of Advent 2014. I heard them do it live this past summer and wept, and I basically weep whenever I hear it. When they ask in the opening verse, “Have you been trying too hard / have you been holding too tight?”, my soul always answers YES! YES I HAVE. Then OTR gives me permission to cry, and I do. If I listen to this one enough I will be all cried out by Epiphany and ready for 2015.

[For the time being, you can listen to “Let It Fall,” and the whole album, here: The New York Times‘ “Press Play.”]

I hope everyone knows about Amahl. But anyone who doesn’t should definitely look it up on Wikipedia because it’s got a cool and unique history. It’s a one-hour Christmas opera commissioned by NBC in the fifties — the first of its kind (and maybe last? I don’t know — how many operas have been commissioned for American television?). Not a Christmas of my childhood went by without listening repeatedly to this record, and my sister and I knew the whole libretto and could do all the parts.

Amahl is a little boy with a bad leg and a big imagination who notices an unusually bright star one night, and encounters three wise men following it. His mother thinks it’s just another one of his fantastical stories until she meets the men herself. In the end (spoiler alert), Amahl parts with his mother and gets to travel with the wise men to meet the Christ child. I think what makes this little opera so special is it was written specifically for children with a child hero, and there is whimsy and delight along with the poignancy of Amahl and his relationship with his mother.

This is about ten minutes into it, when the wise men show up. I love how the pizzicato strings represent how Amahl excitedly walks on his crutch. 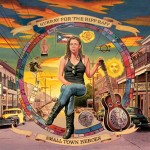 December 8, 2014 Alissa Wilkinson Presents a Christmas Playlist
Browse Our Archives
get the latest from
Entertainment
Sign up for our newsletter
POPULAR AT PATHEOS Entertainment
1

God will bless you
Review of "Divine Blessing and the Fulness of life in the Presence...
view all Entertainment blogs
Copyright 2008-2020, Patheos. All rights reserved.