Taylor Swift, Nirvana, Andrew Peterson, and Bob Dylan All Appear in This Headline 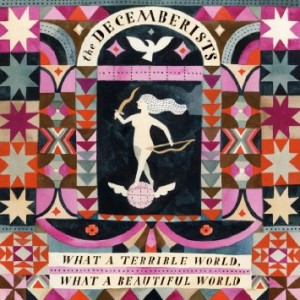 Imagine that your favorite band tries on a new sound, or a new look.

Imagine that fans are not happy, and they complain about it.

Imagine that the band decides to push back… in song.

It’s happened before. It’s happened quite frequently, actually. Taylor Swift, Bob Dylan, The Decemberists, and U2 have all answered their fans and critics in song.

In today’s “Listening Closer,” I take a closer listen to a new song by The Decemberists: “The Singer Addresses His Audience.” And then I invite you on a trip through more “talk back” songs from Bob Dylan and other artists.

I wish I’d had room to include all of the great talk-back songs that were suggested by readers who contributed to the Facebook conversation that I started on this subject. So consider these to be some “Deleted Scenes” from the column…

Joanna Roddy pointed to the song that recently stormed up the charts like the attack of the 50-foot-woman: Taylor Swift’s “Shake It Off.”

After Natalie Maines’ statements against the Iraq War and the ensuing backlash against the Dixie Chicks, a few of the songs on their next album (and last) were of this variety: ‘Not Ready to Make Nice’ and ‘The Bitter End’ come to mind.

Stephen Lamb called out Drew Holcomb and the Neighbors’ “Shine Like Lightning.”

Hannah Long had a different spin on the “talk-back” song. She suggested Andrew Peterson’s “I’ve Got News,” from Resurrection Letters Vol. II — a sincere attempt to correct false impressions about Christian singers:

Specialists in this kind of song? Frank Zappa. U2. David Bazan (“Selling Advertising” challenges me every time I write a review.) Sam Phillips’s song “Expectations” was a farewell to the judgmentalism of the Christian music industry. And, of course… Bob Dylan, himself. Make your demands, but Dylan… he ain’t gonna work on Maggie’s farm no more.

If you think of other great talk-back songs, be sure to share it in a comment here, at Christ & Pop Culture. 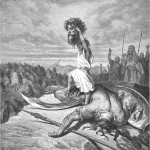 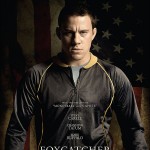 March 13, 2015 3 Jeffs & the Truth: Foxcatcher
Browse Our Archives
get the latest from
Entertainment
Sign up for our newsletter
POPULAR AT PATHEOS Entertainment
1