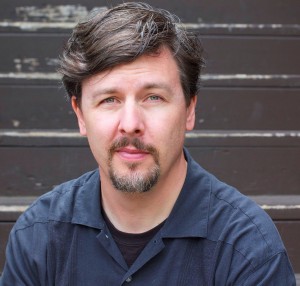 Recognized in The New Yorker, TIME, The Seattle Times, IMAGE, and Christianity Today for his writing on cinema, Jeffrey Overstreet writes about movies, music, art, and faith at Looking Closer (jeffreyoverstreet.com). He is the author of a “memoir of dangerous moviegoing” — Through a Screen Darkly — which earned a “Starred Review” in Publisher’s Weekly, and has become a popular text on film, art, and discernment, used in college courses and book groups. He has also written a four-novel series published by Random House, which begins with Auralia’s Colors. Beyond his reviews and fiction writing, Overstreet often works as a creative writing teacher, a workshop leader, an editor, and a public speaker. He is a member of the Chrysostom Society. He’s writing a new novel and pursuing his MFA in Creative Writing. Strangely enough, he does all of this in his “free time.” For ten years, he has served Seattle Pacific University as a communications specialist (i.e., project manager, editor), and as a contributing editor for Response magazine. He’s celebrating 17 years of marriage to poet and editor Anne M. Doe Overstreet. Together, they recently served as 2013’s Writers in Residence at Covenant College in Georgia. In May 2014, Ravi Zacharias International highlighted useful resources on film and discernment, and Overstreet’s work was their first recommendation.

– Add Overstreet’s books to your personal library via Amazon or your favorite independent bookseller.

“Jeffrey Overstreet is a witness. While habituating the dark caves of movie theaters, he gives articulate witness to what I too often miss in those caves — the contours of God’s creation and the language of Christ’s salvation. … I find him a delightful and most percipient companion — a faithful Christian witness.”

– Eugene Peterson, author of The Message, The Pastor, and Eat This Book, on Overstreet’s moviegoing memoir Through a Screen Darkly

“Jeffrey is … one of my favorite film critics. He writes with great lucidity and compassion about all sorts of movies, from all sorts of angles, but what I value most about his work is the theological-moral perspective he takes on things. He’s not a dogmatic scold, sifting through popular art looking for work that fits a rigid world view; he’s more interested in Looking Closer, as his blog title suggests, to discover what, if anything, the work is saying.”

– Matt Zoller Seitz, editor of RogerEbert.com, author of The Wes Anderson Collection, founder of the film review websites The House Next Door and Press Play (at indieWire), and television critic for New York Magazine

“Overstreet’s writing is precise and beautiful, and the story is masterfully told.”

“In Auralia’s Colors, Overstreet masterfully extends the borders of imagination.”

– Gina Ochsner, author of The Russian Dreambook of Color and Flight

“… [T]he spirit of the Inklings is alive and well and at least one living writer could have held his own at their table!”

“Jeffrey Overstreet is a trespasser. He’s constantly moving outside of the borders of what church and culture deem to be ironclad, eternal categories (sacred vs. profane, high culture vs. popular culture) — and he has a knack for bringing people along with him. His passport? The imagination. In his writing on film, he has used the mighty megaphone of Christianity Today to challenge its readers to take a more mature, holistic approach to film. His film criticism doesn’t count swear words or anatomical parts; rather, it speaks of beauty, paradox, and what it means to be human. Overstreet has pursued this vocation with such integrity and forcefulness that the secular media have picked up on it — precisely because he dares to trespass against the arbitrary categories of what is deemed ‘religious’ and what is considered ‘public.’ He brings this spirit of freedom to all that he does, from his many illuminating posts on various online message boards to his writing for Seattle Pacific University’s publications to his newest venture: fantasy novels. Even there he’s crossing boundaries, bringing a more literary sensibility to a genre that’s often mere swords and sorcery. When you trespass with Jeffrey Overstreet, you don’t have to ask for forgiveness.”

The Story So Far…

That same year, he began writing what became the first volume of his four-book fantasy series The Auralia Thread.

Jeffrey’s blog quickly became a hub for discussion about the relationship between faith and art. 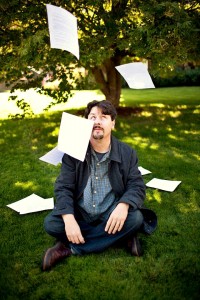 Around the same time, Jeffrey co-founded a non-profit arts group in Seattle called Promontory Artists Association, and created a periodical about faith and art called The Crossing, which featured work by writers like poets Scott Cairns and Luci Shaw, as well as interviews with artists like musician Linford Detweiler of Over the Rhine. The Crossing eventually closed up shop due to the number of activities and endeavors that began in Promontory’s growing community. Promontory eventually became The Artists Guild, which continues in Seattle.

In 2001, Jeffrey began writing “Film Forum,” a weekly column for Christianity Today, comparing and contrasting film reviews in the religious and mainstream press, and examining the nature of dialogue about art in the church and popular culture. The column continued until mid-2007, when he began focusing on full film reviews for a new Christianity Today film-review site, “CT Movies.” From 2008-2009, he contributed a monthly column there named after his book, “Through a Screen Darkly.”

Then he moved on to write film reviews twice monthly for Good Letters, a blog hosted by Image journal. He contributed reviews there from 2008-2013.

For his writing about movies, he was honored with the 2007 Spiritus Award at the City of the Angels Film Festival. His review of Sophie Scholl: The Final Days won an Evangelical Press Award in 2006.

Jeffrey’s commentaries and reviews have also been published in a variety of magazines including Image, Books & Culture, Paste, Relevant, Risen, Comment, and Seattle Pacific University’s quarterly magazine Response (where he works as a contributing editor).

His work at Christianity Today and Looking Closer led to the publication of his “memoir of dangerous moviegoing” — Through a Screen Darkly — in 2007, the same year that his first novel, Auralia’s Colors, was published. 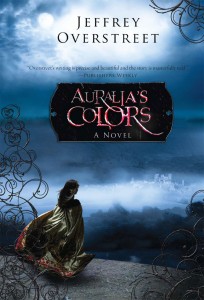 Through a Screen Darkly earned a “Starred Review” from Publisher’s Weekly. The book is used as a textbook at Seattle Pacific University, Fuller Seminary, Northwestern College, Bryan College, Biola University, and in other schools and L.A. film programs.

Auralia’s Colors earned the rare honor of two Christy Award nominations, and was recommended by independent booksellers as a BookSense Notable selection upon its release.

Publisher’s Weekly raved, “Overstreet’s writing is precise and beautiful, and the story is masterfully told.” More reviews of Auralia’s Colors, and interviews with Jeffrey about the book are available at AuraliasColors.com. 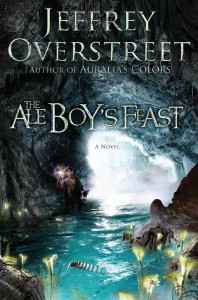 The second story in The Auralia Thread, Cyndere’s Midnight, arrived in bookstores in September 2008; the third, Raven’s Ladder, in February 2010; and finally, The Ale Boy’s Feast, in March 2011.

In 2005, Jeffrey’s film reviews were celebrated in a front-page feature of The Seattle Times’ Sunday magazine (Pacific Northwest) (see the archived main page here), and his work has been noted in TIME Magazine. 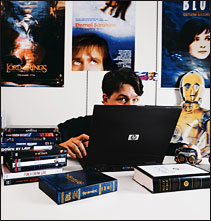 In 2009, Jeffrey brainstormed a new website called Filmwell with his longtime film-reviewing colleague Michael Leary. Filmwell now features a number of experienced contributors, and has become a site for unpredictable exploration and inquiry related to cinema, especially foreign and independent films.

Today, Jeffrey is in his ninth year as a writer and contributing editor for Seattle Pacific University’s Response magazine.

He keeps a busy calendar for public speaking about the arts at film festivals, universities, churches, teachers’ conferences, and on radio programs around the U.S.

Watch Encounter 10: Jeffrey Overstreet on the how of storytelling from International Arts Movement on Vimeo.

In 2013, he accepted an invitation to serve as Writer in Residence at Covenant College in Georgia, where he taught Creative Writing (fiction) and spoke in Chapel. (He was later noted as one of the year’s Top 10 Chapel Speakers.)

In April 2014, Ravi Zacharias International Ministries highlighted “helpful Christian resources that consistently navigate the Hollywood landscape with a great deal of perception and clarity,” and Overstreet was the first recommendation on the list. “Overstreet’s reviews are never less than thoughtful, balanced, and fair. I don’t always agree with him, but he always gives me something to think about.”

In the last few years, he accepted invitations to speak or teach: 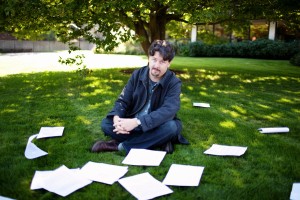 Born into a family of educators, Jeffrey grew up in Christian education: in Oregon, at Portland Christian Schools; and in Washington, at Seattle Pacific University.

He and his wife Anne, a poet (Delicate Machinery Suspended, 2011, T.S. Poetry Press) and freelance editor, can be found writing in the coffee shops of Shoreline, WA, or teaching their cats, Mardukas (6) and Zooey (3), to high-five. (You get bonus points if you can explain why they named him “Mardukas.”)