Returning to the Rosary: Catholics Pray to God through the Saints Sometimes

The Rosary is a lovely prayer, which I loved from a distance for most of my life but have returned to recently. This post is an introduction to a series of posts that includes one for each set of Mysteries.

Table of Contents with links to each post in the series

I grew up in a family of regular Rosary prayers—every day in May and October. But I stopped praying this prayer regularly when I left that Catholic home to go to the seminary.

Those were days of heady change in the Church. Much needed change, but I was less concerned than I needed to be about the Church’s traditions. Devotion to Mary was one of those traditions.

There was arrogance. I knew about, but cared too little for, the importance Mary held for a large part of the Church. This included the poor and the non-white, especially the poorer South of the globe. That included our neighbors in Latin America, for whom I thought I harbored great concern.

There was also the ecumenical movement. I was not confused by Protestant claims that Catholics worship the saints, but I thought the Church’s prayer life exaggerated the saints and Mary. Protestants, I thought, could teach me about relating directly to God. The Rosary seemed like a relic in a bad sense of the word.

Differing theologies of the saints

My wife and I now own a house that is as close to our small downtown as you can get in Springfield, Minnesota. It was an ideal location for a public outdoor Rosary. We were praying the Rosary there with other members of St. Raphael’s Parish, and the pastor of the Lutheran Church walked by on his way to his home across the street. He greeted us cordially and then said, “I hope you don’t mind if I don’t join you.”

Another Lutheran pastor explained to me why Lutherans don’t pray to saints or Mary. He said most Lutherans feel pretty much the same as Catholic about those who have died. They imagine them up in heaven looking down on and being concerned about their loved ones on earth. He said that’s not correct Lutheran theology. Those who have died are “asleep in the Lord,” according to Lutheran teaching. Consciousness, at least wakeful consciousness, for them must wait for the fulfillment of time, when Christ comes and the dead are raised bodily.

It’s a way of stating a very Christian idea – bodies are important. Philosophically, human souls do not exist without a material embodiment. A philosophy professor explained the Catholic view. Souls do indeed need bodies, those in heaven as well as those on earth. We are not Platonists in that sense. In heaven God supplies a kind of substitute material. I suppose that would have to be true even if those souls are “asleep.” And if it is true, then they could as easily be awake, and it does make sense to pray to them.

Returning to the Rosary

I knew all the mysteries of the Rosary, Joyful, Sorrowful, and Glorious, by heart from childhood. I rejoiced when Pope Saint John Paul II added a fourth set. The Luminous Mysteries filled in the neglected space between Jesus’ childhood and passion. But I still didn’t say the Rosary much. I had a hard time getting through such a long prayer without suffering boredom or complete loss of focus.

In the past year two things changed that for me. They work, paradoxically, by making the prayer even longer. First, a relaxation breathing procedure adds four seconds between each prayer and makes the whole more meditative. Second, relevant Scripture verses, which I recite not just once but three times each decade keep bringing my wandering mind back into focus.

Meditative breathing for a meditative prayer

I always thought of the Rosary, with its steady repetitions, as one way Catholics connect with Eastern religions with their traditions of meditative and repetitive prayer. So a meditative breathing technique that I picked up from an online singing coach seemed a natural fit. The technique, in short, is to breathe in deep and slow and breathe out twice as slowly. It’s supposed to quiet the “fight or flight” nervous system and activate a more peaceful accepting attitude.

Applying it to the Rosary, I breathe in to a count of four before each prayer. Then I say the prayer on that one breath, quietly forming all the words with my lip.. (The Our Fathers get two breaths.) This helps me let go and after a while I hardly notice the passage of time. I’m usually surprised when the prayer nears its end.

I am not a visual thinker so my imagination isn’t much help when it comes to focusing on the mysteries. I like the words of Scripture, but to be useful these need to happen more than once per decade. It works for me to recite a Scripture passage after naming the mystery and after the third and seventh Hail Mary. Several “Scriptural Rosaries” with biblical texts for each of the mysteries are available, but I have made my own selections.

December 26, 2018
The Creed, a Story that I Tell, Embellished a Bit
Next Post

December 31, 2018 Stories of Jesus, Intro to Part Two--Miracles, and Contents for the Series
Recent Comments
0 | Leave a Comment
Browse Our Archives
Follow Us! 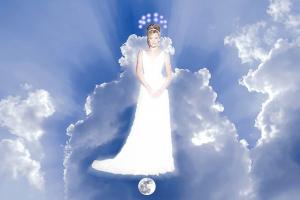 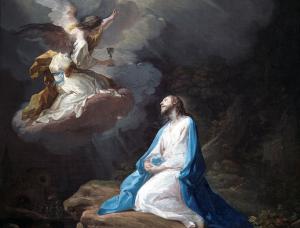 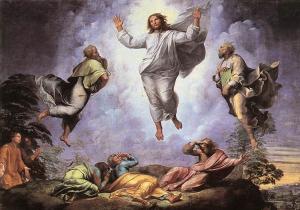 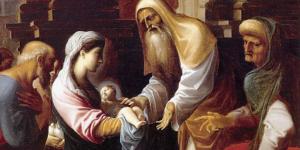