David Hogg in Minneapolis: Work Together on Gun Violence

Parkland shooting survivor on running for office: If that’s what it takes…

Applause greeted David Hogg throughout his speech yesterday at the Westminster Townhall Forum in Minneapolis. The speech was broadcast live at noon on Minnesota Public Radio and again yesterday evening. Survivor of the mass murder at Marjorie Stoneman Douglas High School, Hogg is completing a “gap” year of political activism on gun issues before entering college.

David Hogg and other Parkland students founded Never Again MSD and co-founded March for Our Lives, one of the largest youth-led movements in the world. With a younger sister, Lauren, he wrote “#Never Again: A New Generation Draws the Line,” a manifesto of the movement.

I’ve heard people say mere students can’t organize large demonstrations; outside instigators must be at work. Others believe the whole thing is an act. If any among Hogg’s 2000 listeners harbored those myths, they have surely abandoned them now. David Hogg was eloquent, unquestionably sincere, and completely in control of his subject and his audience.

Appropriately Hogg began by asking for a moment of silence for the 50 who died in the recent white terrorist event in New Zealand. He then proceeded to ponder whether people who do such things are insane or mentally imbalanced. He concluded with one of his many memorable lines: “Hate is not a mental illness.” Togetherness, he offered, is missing from school curricula. People of different backgrounds, colors, opinions, ethnicities, generations working together was a major focus of his talk.

Perhaps prompted by that event in New Zealand, Hogg spent some time relating the theme of white supremacy to the way Americans respond to gun violence. This country was not settled, he said, but colonized, invaded. He called Wounded Knee the largest mass murder in American history and decried the fact that it takes white people getting killed for people to rise up about gun violence. My heart skipped a beat when he told of a black girl who lost 20 friends in 20 separate incidents of gun violence and wondered why news media would cover his story but not hers. “It’s time to end white supremacy!”

David Hogg did not limit his concern to all-too-common but still relatively rare mass shootings. With tongue-in-cheek irony, he talked about the NRA’s concern for gun owners. Surely they want these people to be safe from guns that misfire or discharge unintentionally. Unfortunately, there are more safety regulations for toy guns than real ones. It’s against the law to sue gun manufacturers for unsafe guns. An NRA-promoted law prevents the government from studying the effectiveness of gun regulations. And that’s now the NRA shows its concern for gun owners.

Hogg took great care not to villainize anyone. He called the enemy “sources of evil,” not people. It’s lack of education, xenophobia, intolerance. It’s youth not knowing if they have a future. Hogg ended by appealing: “Work together, love each other, conquer fear and hate!”

The future for David Hogg

A question-and-answer period followed with David Hogg showing just as much poise and passion as during his speech. A questioner asked: “Have you spoken with people from the other side?” Hogg related an event in which he and others were speaking in Dallas. About 30 armed protesters shouted racial slurs and other accusations outside the facility. Afterwards the presenters spoke calmly with the protesters. One asked David, “Why do you want to take our guns away?” He answered, first, with some questions:

There must have been more to the conversation than that. David said it ended with a hug.

Another questioner asked if he thought the youth of America would save this country. Hogg responded by asking how many in the audience—there were lots of young people there—thought so. After a show of hands, he said, “You’re wrong!” Young people need to be listened to, but there is no leading in front or behind, only leading with.

March 18, 2019
The Temptation in the Desert: Jesus Won’t be the Hero
Next Post

March 22, 2019 John the Baptist Mentors Jesus until they Part Ways
Recent Comments
5 Comments | Leave a Comment
"I wish, but I don't know."
fritzpatrick Ministries in the Church, Momentum for ..."
"Thanks for the kind comments. I'm glad to have your presence in the Church that ..."
fritzpatrick God’s Army: Jesus Appraises Two Volunteers ..."
"Could that PRIEST, consecrating the Eucharist at Mass, ever be a woman? Yes!"
Luis Gutierrez Ministries in the Church, Momentum for ..."
"I just discovered your blog, and the title “Lost in a Wood” could not be ..."
Charles Burre God’s Army: Jesus Appraises Two Volunteers ..."
Browse Our Archives
get the latest updates from
Lost in a One-Acre Wood
and the Patheos
Catholic
Channel
POPULAR AT PATHEOS Catholic
1

It Begins With Wine at a...
Steel Magnificat
Related posts from Lost in a One-Acre Wood 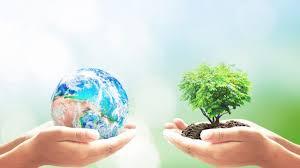 Catholic
The Church in Politics: Abortion, Environment, and Being...
Lost in a One-Acre Wood 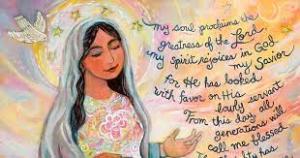 Catholic
Poverty and Power – Messiah’s Story Has Two...
Lost in a One-Acre Wood 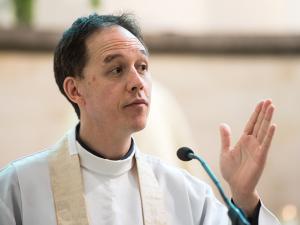 Catholic
Ministries in the Church, Momentum for Change, Again
Lost in a One-Acre Wood
TRENDING AT PATHEOS Catholic