The Misunderstood Messiah: Jesus’ Friends Don’t Get It

Mark relates several stories where Jesus is apparently successful, but the success is only apparent. He performs miracles—casts out a demon, cures Simon’s mother-in-law of a fever, cures several other people, casts out several other demons. He ends up with crowds of people following him. It sounds like the opposite of the story in Luke where Jesus is rejected by his hometown. (See previous post.) But here too Jesus has a problem. You might call it the Messiah problem.

According to Mark nobody understood Jesus during his lifetime, not even his closest followers. Jesus’ miracles were signs of the coming of God’s Kingdom to everyone. People took them as proof that one person in their midst had a lot of power. Such a one would be able to win freedom from Rome. He would be the powerful Messiah, who would restore the glories of Israel’s past.

Peter’s “revelation” about the Messiah

This lack of understanding features prominently in a story about Peter. As a Catholic, believing Peter to be the first in a long line of popes, I always felt uncomfortable with the second half of the following story: (Mark 8:27-33)

One day while Jesus and his disciples were walking along, Jesus asked two questions. First, “Who do people say that I am?” The disciples had some ready answers: “John the Baptist, Elijah, one of the prophets.” Then Jesus sharpened the challenge: “But who do you say that I am.” Peter answered, “You are the Messiah.” Jesus praised Peter effusively: “Blessed are you, Simon, son of Jonah. Flesh and blood have not revealed this to you, but my Father, who is in heaven.”

Revelation or not, as the story continues, Peter shows that he does not understand Jesus at all:

Jesus warned the apostles not to tell anyone that he is the Messiah. (Jesus needed people to understand who the Messiah really was first.) He began to teach them that “the Son of Man must suffer greatly and be rejected by the elders and chief priests, and the scribes, and be killed, and rise after three days.”

Along with scholars like Raymond Brown (An Introduction to New Testament Christology, p. 46), I don’t think Jesus said the last few words in italics. If he had, it would be hard to explain the apostles’ despair at Jesus’ death and their surprise at the resurrection. Jesus’ death would have had a non-human quality about it if he had known all along that it was such a temporary thing. And the next part of the story would make less sense. On the other hand, Jesus could very well have predicted his rejection and even death. Many martyrs, even to our own day, have done the same. Think of Martin Luther King and Oscar Romero.

Peter “took Jesus aside and began to rebuke him.” No way was torture and death going to be the fate of any Messiah that Peter believed in. Jesus’ reply to poor, well-meaning Peter was swift and harsh: “Get behind me, Satan.”

Mark, unlike Matthew and Luke, never tells us exactly how the devil tempts Jesus in the desert. Here Mark shows the devil appearing in the guise of Jesus’ number one disciple with a temptation that is quite a bit like those told by Matthew and Luke.

The weakness of God

If you really exist why don’t you just prove it? A few simple tricks would do it. Break the laws of nature before our very eyes and we will believe in you.

For Jesus, though, knowing that God exists isn’t enough. He insists that we understand who God is. Atheists like the one of the previous paragraph look for a god completely different from Jesus’ God. That’s all they would find if God answered the challenge. In the same way Peter knew a fact without understanding it. Nothing Jesus could do, but only what Jesus eventually suffered, would cure Peter’s blindness.

Maybe it’s the same way with God. Maybe the things that God wants most, like to touch the mind of the atheist, is something divine power alone can’t accomplish. Do our attempts to do the same, overwhelming an atheist with facts that science can’t explain, accomplish any more than point the atheist toward the wrong god? God desires to change the heart of the sinner. Does God’s power suffice for that, or would it only change the heart into something less than a heart?

I trust that God will do everything divinely possible to keep close all people, you, me, believer and non-believer alike, in this life and the next. But even an infinitely powerful God has no guarantee of success when it comes to human freedom.

April 8, 2019
Unsuccessful Prophet: Jesus Fails to Win His Own
Next Post

April 12, 2019 Does the Bible Mean what it Says? – Yes, if You Know the Idiom.
Recent Comments
3 Comments | Leave a Comment
"Sadly, you fail to realize that Trump has done more for blacks than Obama did. ..."
Tom O. If Black Lives Mattered, We Wouldn’t ..."
"Sadly, most people who respond 'all lives matter' aren't saying it sincerely but to deflect ..."
Bernard Dainton If Black Lives Mattered, We Wouldn’t ..."
"I hope the protests near you aren't as disastrous as those near me have been.Starting ..."
Theodore Seeber Analogy vs. Logic: Arguing Matters Close ..."
"I foresee much higher prices for a population who can't afford it, as store owners ..."
Theodore Seeber Racism and Sympathies and Minneapolis Riots
Browse Our Archives
Follow Us! 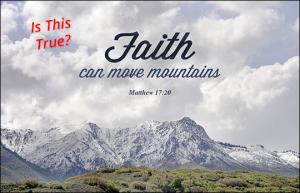 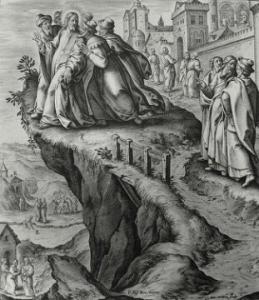 Catholic
Unsuccessful Prophet: Jesus Fails to Win His Own
Lost in a One-Acre Wood 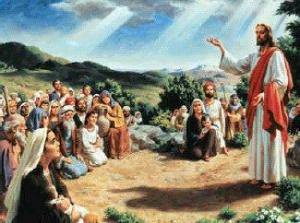 Catholic
The Beatitudes: Blessed are We Poor
Lost in a One-Acre Wood 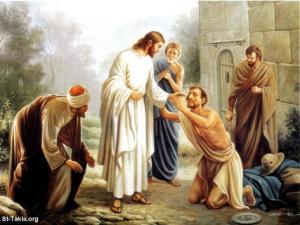