If Not Women Priests, then Women Cardinals

Bad and better arguments for male-only priesthood, but no reason to keep women out of the college of cardinals

The Amazon Synod is bringing an extra level of attention to women’s role in Church leadership. Women are the leaders in many Amazon communities. That circumstance warrants synod fathers’ wish to recognize officially the religious leadership that women already exercise there. Some bishops have argued for ordaining women as deacons, opening up the lowest clerical order to women. How about looking to the opposite end of the hierarchy and asking why do cardinals have to be clerics? Why can’t non-ordained Catholics, including women, be cardinals? “Theologically and theoretically, it is possible” — but not a currently realistic — senior Vatican spokesman Fr Federico Lombardi told the Irish Times. A cardinal is not ordained to that position, and there have been lay cardinals until a 1917 Church law forbade the practice.

This post first looks at arguments concerning the male-only priesthood and criticizes some of them. Then it discusses a conceivable cardinal role for lay people.

I’m aware of four arguments for the male-only priesthood. One of them must be simply wrong if not heretical. Two have some merit but are not very convincing. The last has a firmer foundation in Scripture than the rest. They are, in order: resemblance to Christ, Christ’s example, the Church’s long-standing practice, and Christ as bridegroom. I spend much more time on the first of these, the one that I think makes a serious mistake.

1: A priest must have a physical resemblance to the man Jesus Christ.

The priest is a sign of Christ, and for that the Church says he must have a physical resemblance to Jesus. This argument becomes more convincing as one considers how important physical reality is in Christianity. Material things manifest and make present the divine. The Christian story is not a flight from matter but a history of God’s work of saving matter. The Church’s sacramental life makes material things vehicles of grace. I agree completely that a priest must have a physical resemblance to Jesus. Without it there is no outward sign of priesthood.

Physical resemblance is even more important than that. Without it there is no salvation for anyone. Or else you’d have to deny a central Christian teaching—that our bodies as well as our souls are saved–women’s as well as men’s bodies. One of each, according to Catholic belief, is already in heaven. “What God has not assumed God has not saved” is the thought of Gregory of Nissa, and it’s repeated in the Catholic Catechism.

Resemblance goes the other way.

You see, I’ve turned the argument around. It’s not resemblance to Christ but Christ’s resemblance to us that comes first. The Son of God became like all of us, men and women, in all things except sin.

Finally, Jesus had to be one sex or the other, and that is what makes him resemble all of us of either sex. Jesus would not have resembled anyone if God the Son had not, as theologians say, emptied himself. That is, if Jesus, in some inhuman way, had skipped over all the human limitations, if he been both sexes at once plus all the possible heights and colors, if he had had the benefit of every cultural and ethnic heritage.

The Jewish man Jesus emptied himself of the fullness he enjoyed as God. So doing, he saved us limited creatures, both of our sexes and every other human quality, physical and spiritual. We’ll see them all in the age to come.

We all represent Jesus

Jesus’ resemblance to us makes it possible for Christians to represent him both in the secular world and in the sacred sphere of Liturgy. In liturgical celebrations we represent Jesus to each other by carrying out our various roles, whether as presider, server, lector, song leader, or member of the assembly.

Both men and women represent Jesus in all of these roles except that of presider, the leader of the celebration. The Church doesn’t say, if it ever did, that something about being a woman makes one unfit to lead. If the resemblance of women to Jesus is enough for the roles of lector, server, or member of the assembly, it should be enough for presider at liturgy. If it is not, then we’d have to modify an important Church teaching. To wit: Jesus became like us in all things except sin and women’s bodies.

2 and 3: The example of Jesus and the practice of the Church are consistent.

Reasons FOR ordaining women to the priesthood are too obvious to spend much time on. If the Church could ordain women, she certainly should. But the Church doesn’t believe it can. Two reasons the Church commonly gives make sense but are less than convincing.

The Church claims she must follow the example of Jesus, who appointed only men for special leadership roles, at least in the Gospel accounts. The fact that in many ways Jesus surpassed the customary attitudes and actions toward women makes this reason stronger. Still, Jesus never instructed the Church to do only what he did. And he gave the Church the power of the keys and the guidance of the Holy Spirit. The argument from Jesus’ example seems too weak to decide the issue.

In a second line of reasoning, the Church looks to its own long history of ordaining only men. But the Church rather quickly forgot Jesus’ custom-challenging relationship with women. The Church more or less conformed herself to the patriarchal ways of the world. That history says little about what the Church should do today. The Spirit, which still guides the Church, is inspiring us to leave behind our patriarchal past. It’s reasonable to ask whether that new spirit may be leading in a new direction for the priesthood.

4: The best argument so far: Christ as bridegroom

The Church’s One Foundation is Jesus Christ, her Lord.

She is his new creation by water and the word.

From heav’n he came and sought her to be his holy bride….

The Elder Testament presents God as husband or lover in search of Israel as bride. The Newer Testament ends:

The Spirit and the bride say, “Come. Come, Lord Jesus.”

On this image of bridegroom and bride the Church has based another reason for ordaining only men. According to material, fleshy nature and in a Church which honors matter and flesh, men can represent Christ as bridegroom with a clarity that is not possible for women.

Does this argument actually work? When I think about the priest’s role in the Liturgy, bridegroom never comes to mind. Head of the Church does. But, of course, a priest is more than presider at Liturgy. I can think of the priest as seeker and even, if I try, as representing Christ seeking his bride.

If not women priests, then at least women cardinals

Church law — but only since 1917 — requires that cardinals be bishops. That excludes women from being cardinals, but I see no reason why that law can’t change. If the Church is serious about expanding leadership to include women, that’s what should happen. Women should be among the cardinals.

Pope Francis has expanded the duties of cardinals. They are more than a conclave that elects the next pope, a task that women could do as well as men. Cardinals have begun exercising a more meaningful leadership role in the Church. Of course, women can do that as well.

Throughout her history the Church has learned from the world – from Plato’s and Aristotle’s philosophies to the scientific revolution. Today the Church is being forced, largely by secular developments rethink the place of women. Jesus had already done most of that work. Unfortunately the Church has lived oblivious of his advance through most of her history. It’s time for a significant move to bring women into leadership roles in the worldwide Church.

But not for a woman pope

The experience of women in leadership roles raises the issue of a woman pope. It’s not a question of women’s rights or power. It’s just about everyone’s need to offer his or her gifts to the Church and the Church’s need for all the gifts of all her members. Presuming the impossibility of ordaining women, the papacy would have to be a non-clerical position. That would be taking to its limit Pope Francis’ desire for a Church less wedded to clericalism. Theologically, I don’t know why that would be a problem.  Practically, I don’t see how it could work. Two factors explain what I mean.

First, the pope represents the Church to the whole world, Recent popes have advanced that character of papal leadership The pope is neither a mere functionary, keeping things running smoothly, nor a dictator, deciding once and for all the things that Catholics need to think and do. Rather the pope leads by being the worldwide sign to believers and unbelievers of what Catholic Church is about.

The second factor concerns the nature of the Church. We are a worshiping body, and the primary worship that we carry on is the Mass and sacraments. Imagine a pope that would go, as recent popes often have done, to far reaches of the world. Millions hail the pope as their leader, but that pope does not lead the people in liturgy. That would be a sign that misses the most important meaning of Church. It would be a strange top ecclesiastical leader who left the Church’s most important leadership task to someone else.

If my desires counted for anything, we would have women priests in the Catholic Church. Church leadership thinks that’s impossible. The character Grimsby, whom I play, in The Little Mermaid advises Ariel, “We mustn’t wish for impossible things.” (Ariel gets her impossible wish, anyway.)

Women lead countries and families, universities and businesses, diocesan committees, and the daily prayer life of an Amazon village. And, if Christian, they are other Christs in all of these roles. One possible wish is that the Church will find women in many more – and more important – leadership roles. Women could be voting participants in bodies like the Amazon Synod. Women could serve in the Curia. A way could be found for the Church to hear women’s voices interpreting Scripture at liturgies. Lay women and men, as cardinals, could be leaders in the worldwide Church and vote in conclave for the next pope.

October 14, 2019
Ministries Appropriate to the Amazon and the First Territorial Synod
Next Post

October 26, 2019 The Mass -- Is it still the Same?
Recent Comments
3 Comments | Leave a Comment
Browse Our Archives
Follow Us! 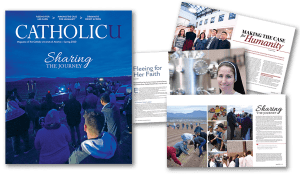 Catholic
The DREAM Act was Introduced in Congress First...
Lost in a One-Acre Wood 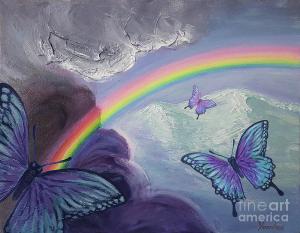 Catholic
About Butterflies and the Afterlife -- A Neat...
Lost in a One-Acre Wood 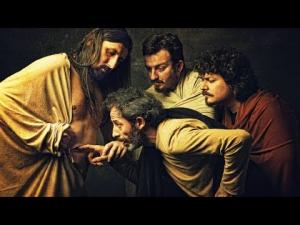 Catholic
Thomas, a Saint for Social Media, and Another...
Lost in a One-Acre Wood
TRENDING AT PATHEOS Catholic